What do the Thinking Workshops mean to you?

Intense moments during which we seek to reflect upon the main issues concerning Africa. These Thinking Workshops are extremely important, as Africa was for a long time stripped of its voice, with a discourse on Africa framed by Westerners. In short, they have always wanted to bleat in the place of the goat! These Workshops echo African thinking and gather all persuasions, and academics from France or the US are not excluded. All those who want to think the Africa which is on the way belong to this meeting. And for once, the discourse about Africa is happening on the continent.

We should not forget that the main schools of thought concerning Africa did not come about on its own soil. The Harlem Renaissance appeared in the US in the 1920s, negritude in France in the 1930s, then creolity in the Caribbean. Even pan-Africanism comes from the US, with Americans of Jamaican origin, such as Marcus Garvey. The First Congress of black writers and artists was held in 1956 at the Sorbonne in Paris. The Workshops gather all those whose hearts beat in tempo with the development of this Africa which is on the way. A new Africa, free of autocrats and oligarchs, dedicated to the happiness of African youth.

Do you seek to put right the mistakes of the generation which preceded you, that of the fathers of the independences?

No, their mistakes have allowed us to find other resources for reflection. Their thinking was related to their time. Today, we are in a globalized and multicultural world. We consequently need to rethink Africa which is on the way, by ridding ourselves of certain prejudices conveyed by the colonial literature and Western science. But we also should eradicate our own specific negative terms as Africans: it is wrong to believe that a curse inevitably hangs over us because we are from this continent and that we cannot develop without begging from the former colonial powers.

It is not a matter of putting mistakes right, but rather of adapting our discourse to the current time, the fragmented and global time of meeting. What can we bring to and take from the other without losing our souls and being totally dispossessed?

We are moving towards a redefinition of Africa, which has already begun at the Collège de France and with our collective book Penser et écrire l’Afrique aujourd’hui (Seuil, Paris, 2017). We want to write our Africa, and not rewrite it. So that the coming generations have a trace of our topography of the continent. The definition of Africa is mobile, it is to be found everywhere where there is a presence of diaspora. The precursors of independences were to emancipate African nations, but at the time, they did not see that the Africa of tomorrow would be multicultural and go beyond the scope of the continent.

Do you not dream of a time when we will no longer speak about Africa, but of its countries, or at least of its regions?

When we divide up Africa, it is often to catalogue its misfortunes: we talk about Nigeria because of Boko Haram, of Rwanda because of genocide or of Congo Brazzaville because of the dictatorship which has lasted for over thirty years. Each time, the discourse is negative. This is not wrong either. But we need to go and look for pockets of democracy, as in Senegal, Ghana or Cabo Verde, where there is a parliamentarian regime, without this power of life and death over populations which the presidents of Togo, Gabon and others have. Should we continue with these Francophone regimes established since 1958?

Is the wind of democracy not blowing irreversibly in Africa? Could we think so because of the numerous of changeovers of power in West Africa?

On the continent, there are still fifteen presidents who would like to be so for life! Dictatorships are indeed beginning to fall like rotten mangoes. But the Congo Basin remains the heart of darkness, the last playground for dictatorships. It is totally shameful: these Heads of State are as thick as thieves.

In West Africa, Togo is the last tooth which is going to fall. When dictators are offered honorable exits that would at least allow them to save the Louis XVI furniture they have acquired with money from the people, they do not listen and persist in their craving for power. It’s pathetic!

What about the future demographic explosion in Africa?

It signals the end of several autocratic regimes in Congo, Cameroon, Gabon, Democratic Republic of Congo (DRC)… Their leaders have never known how to speak to young people. They have neither the vocabulary, nor the legitimacy, nor the experience for that anyway. They have never experienced the suffering of a young African who hopes to sit his Baccalaureate exam, but is penalized by years lost to war, for example.

Civil populations want to hear the voices of their elders who do not take part in these autocratic governments. The mass of youth is waiting and sees nothing at all on the horizon. We consequently need to be pedagogical and explain to the youth that it is the real opposition. It is the driving force of tomorrow and African nations belong to it.

Is this where the utopian side of the Thinking Workshops lies ?

Dictatorships survive because they have the ability to extract utopia from the imaginary of youth. Yet nothing concrete will be created without a utopia as the roadmap for the emancipation of our nations. Notebook of a Return to the Native Land by Aimé Césaire is the greatest possible utopia ever. Nelson Mandela also promoted a utopia while Martin Luther King had a dream. We refuse to let African dictators trap us in their utopias, which have allowed them to make fortunes for a long time and die in power leaving countries in a perpetual state of agony.

Autocratic regimes close their doors on us because they know that we have glimpsed the contours of the Africa which is on the way. When Achille Mbembe speaks about this utopia, we are there to put in the present tense the verbs “breathe”, “liberate”.

The Thinking Workshops begun like a small family get-together, but take on an extraordinary dimension. To attack dictatorships, we do not need to use weapons, but words, the power of thinking. Darkness has always feared light.

In the DRC, a large proportion of opinion considers that the country’s problems are caused by foreign interference, described as big hands driven by the looting of raw materials. What do you think about this?

We need to sort out the political management of our countries. We have leaders who take advantage of these invisible hands. Dominique de Villepin struts about in Congo Brazzaville, as Dominique Strauss-Kahn or Bernard Kouchner do in Guinea. All this shows the image of a colonization which continues with the complicity of certain African leaders themselves.

France likes to do to African countries what it would not like to have done to it. For example, if François Hollande had wanted to stay in power for 30 years, no French person would have accepted it. If a president prepared the accession to power of his son, no one would accept it either, just as they would not accept constitutional changes. Africa’s troubles stem from the fact that most French policies have been policies of complacency, complicity or even collusion with autocrats who are responsible for the current decay of our nations and the despair of African youth. 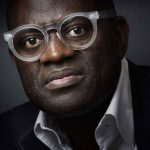