AFD has just organized two days of debate on gender equality at work. In what way is the question a development issue?

There are two types of argument concerning access to the labor market for women. The first category is a human rights issue: it is a right, the right of women to work safely and in dignity. Women’s employment also improves their decision-making power in the household and gives them more financial autonomy.

Politicians are aware of the existence of this argument based on rights, but it is not necessarily their main concern. As a result, agencies have developed powerful economic arguments. We now have studies on the cost of domestic violence for companies or of violence in the work place, in terms of absenteeism, for example. Studies have also been published on the benefits of women’s employment in terms of economic growth. For example, one of them has shown that the difference between boys and girls in the secondary school completion rate resulted in an annual shortfall in economic growth of USD 20bn for Turkey.

The debate also increasingly concerns companies: we have noticed that the performance of companies is better when they encourage diversity at all levels. In this case, we are talking about gender diversity, but also about social diversity in some countries, at all levels of positions. This means that if we allow women to access senior positions, right to the top of the ladder, the company will be able to rely on a broader pool of talent and skills, with a wider range of prospects, which will have positive impacts on performance.

Another crucial aspect is that women’s employment contributes to reducing poverty. Women’s poverty, of course, but also more generally. Indeed, women tend to reinvest their income more than men in the household’s social and health needs, as well as in access to education for children. This can contribute to breaking the intergenerational cycle of poverty.

What image emerges of the host country, Turkey, which is also the subject studied by this panel discussion?

In 2014, Turkey had the lowest labor market participation rate of women among OECD countries, at 34%. This is also one of the lowest rates in the world. We have seen that there has been a slight improvement, especially in urban areas, following the crisis in 2008, but the rate remains very low – one woman in three. We see the same problems in Turkey as elsewhere: more unemployment, more part-time work for women…

There are also specific features. For example, very many women in Turkey do unpaid family work, particularly in the agricultural sector, where they account for 79% of the workforce. There are also a lot of women in the informal economy, with lower pay and a more tiring job, and in low productivity sectors. Another specific characteristic in Turkey is the crucial role played by the level of women’s education and marriage in terms of access to and retention in the labor market. When we combine both these aspects, the figures speak for themselves: the labor force participation rate stands at 82% for unmarried women who have studied at university, whereas it falls to 18% for married women who have not gone further than primary school.

Marriage plays a major role, children even more. Child day care is so expensive that women who have not been through higher education cannot afford it. In fact, it is not so much women’s access to the labor market which poses a problem, it is retention.

In terms of entrepreneurship, in Turkey, as elsewhere, women entrepreneurs face more barriers than men. They generally have less capital than men at the outset, so it is more difficult for them to invest, and they have less access to credit. For example, a survey has shown that only 15% of SMEs run by women have access to bank financing in Turkey. There is also inequality in everything concerning access to technology, with a 23% difference between SMEs run by men and those run by women. Women also have fewer professional networks. These are all points which are barriers to starting a business for a woman.

What is your assessment of these two days of debate?

They have brought out several important elements. Concerning the issues of education and training, what stands out is that qualifications are not sufficient. They need to be combined with support to allow the transition between training and vocational integration. This is important, as women often face discrimination. There can also be a problem of self-confidence, and actions based on coaching or mentoring can help a woman to gain confidence and help her find a job or, with her administrative formalities, and with credit institutions, in the case of entrepreneurship. Vocational training institutions can develop support programs, in partnership with companies, employment assistance agencies and civil society organizations.

It is important to sensitize employers to the benefits they can gain from diversity and the inclusion of women in their teams. Working with women is not enough, it is also necessary to change or develop a number of practices in work places and in the professional environment in general. The priority potential areas include changing mentalities towards discrimination in recruitment and promotion, in terms of working conditions and, in particular the way in which the company allows women – and men – to reconcile professional and family life.

Another point which strikes me as being important is to document and share all these awareness-raising operations and all these initiatives which aim to improve women’s participation in decent employment, because there are, in fact, a lot of things happening and a lot of small initiatives. Turkey is a vast and extremely diverse country, but if we do not document the barriers and the way in which they have been removed, if we do not share these experiences, we cannot use them as sources of inspiration for other organizations and other employers. Companies can promote their experiences and practices, and public institutions, universities, non-governmental organizations and international organizations have a role to play in mapping these initiatives and disseminating them.

In addition, there is an emulation aspect for employers. This can clearly be seen with large groups, but it is also the case for SMEs: it is possible to stimulate competition between them on the issue “I too am a good employer because I take the needs of men and women into account”, and the example of the Gender Certification Program for companies is a useful example in this respect.

Another point which I feel is important, is that we often refer to women as a homogeneous group. In such a big country like Turkey, with such different situations between urban areas and rural areas, there is no generic “woman”, there are a multitude of women, and it is necessary to conduct diagnostic studies, not only at national level, but also at a very local level in order to develop programs that respond to a demand and concrete problems in a specific context.

Finally, there is also a lot of work to be done on raising women’s awareness to enable them to take ownership of their rights and subsequently lay claim to them, in particular on the issues of harassment and violence in work places. 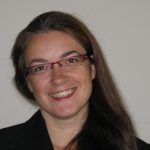