As I was jogging today, the image of Jacques Diouf fasting at the opening of the Rome Food Summit came to mind. I could not help but think about the thousands who die of hunger every day. The fresh air of the early morning acutely brought to my mind the huge number of global challenges facing us.

At the end of 2009, a year marked by the first ever global crisis, we are confronted with the need to find a multilateral compromise to fight climate change. With the need to reduce the threat of nuclear proliferation. With the need to achieve closure of the Doha Round. And with the food crisis … Each a formidable challenge in its own right. Each of them leads us back to the essential question: to what extent is each one of us ready to pay for protecting and preserving global public goods?

There is no easy solution to this problem. And yet I often hear that trade is the problem when it comes to fighting hunger. Some go as far as to say “stop trade and we will fix food safety”. And yet I believe open trade is an important part of the food security equation, even if it cannot offer an answer to food security on its own.  Accompanying policies, such as the many policies explored at the summit, are key: irrigation policies, nutrition policies, access to agro-chemicals and fertilizers, and access to credit.

Trade, however, is the international transmission belt, connecting the land of the plenty to the land of the few.  It connects countries that sit on fertile lands to countries that sit on arid lands.  These transmission belts must remain open.  Take the example of Yemen, an arid country, that found itself starved of its staple crop – rice – during the food crisis.  For these people, trade is part of the solution, not part of the problem!

A large number of the world’s countries today are Net-Food Importing Countries – this fact cannot be ignored.  Food security, in that context, comes from stabilizing our interconnectedness, stabilizing trade relations – rather than rendering more unstable, or looking inwards towards the impossible target of food self-sufficiency.

As the UNDP tells us, if a country like Egypt were to aim for food self-sufficiency, it would need not one Nile, but three!  This is also where we see the sustainable development benefits of international trade; it allows water-savings.

Trade is likely to play an even more vital role in food security with the mounting climate crisis.  As arid lands become drier, our global inter-dependency will prove vital.

So the WTO has its contribution to make, in particular through the conclusion of the Doha Round. It would allow us to improve WTO rules, addressing historical imbalances, and enabling the developing world to benefit from the full scope of its comparative advantage in agriculture.  It would cut the rich world’s subsidies that have crowded out the developing world from international markets, and reduce tariff walls that have raised the prices for consumers.  Those tariff walls are difficult to justify in light of the food crisis; access to food by the world’s poorest is paramount. It would also allow us to reduce environmentally harmful fisheries subsidies that have caused too many fishermen to chase after too few fish.

Hefty agenda? Indeed. There is no shortcut for addressing global public goods. But not addressing them is not an option. The international community must act. My jogging along the Leman lake came to a halt. Today I have a busy day with preparations for the WTO Ministerial Conference at the end of November. Another challenge waiting to be concluded …. Talk to you soon! 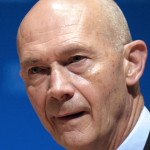