Clinical Leader Vaccination and response to epidemics, at MSF France

Facebook Twitter Link
Copied to clipboard
A "Cryo-Vacc" prototype, a transport unit that could maintain a constant temperature (8 to -150 C) to transport vaccines in rural areas of the African continent. Photo by LUCA SOLA / AFP

What is the status of the epidemic on the African continent?

African countries are currently facing the second wave of the pandemic. After a first wave in April (peaking in July), the number of cases declined across the continent before rising again in November. Africa is facing the second wave of the pandemic and countries on the African continent are affected in a very disparate manner. The most severely affected regions include Southern Africa and North Africa. While sub-Saharan Africa has been less seriously affected, there has been a resurgence of cases in some East African countries, notably Ethiopia and Kenya.

With Western countries already gaining access to the first doses of vaccines, where do African countries stand?

There are several ways for African countries to access vaccines, starting with the COVAX initiative – an international mechanism aimed at guaranteeing access to vaccines for all countries  – developed and developing alike. Within COVAX, the COVAX AMC agreement was set up to support the participation of 92 low- and middle-income countries in this mechanism. Almost all African States are part of this agreement, and most of them were waiting it to come into effect in order access the first doses. This explains why the African continent is lagging behind in the vaccine race: to some extent, African countries did not spring into action until developed countries began receiving the first vaccines.

Is this why the African Union decided to launch its own initiative?

In addition to these orders, doses of vaccines for low- and middle-income countries will be added through the COVAX AMC mechanism. In addition, some African States are entering into bilateral agreements directly with firms, while others are playing the diplomatic card and turning to China and Russia. Such is the case of Guinea, which has started a vaccination campaign with Sputnik vaccines from Russia, and of Senegal, which has just received a delivery of Sinopharm vaccines from China.

What are the logistical challenges of immunization campaigns in African countries?

African countries are accustomed to using vaccines that can be stored at low temperatures, but not at very cold temperatures (ultra-cold refrigeration chain). Many countries lack the infrastructure required for the efficient transportation and storage of vaccines that must be kept at -70°C. That is why the AstraZeneca vaccine, which can be transported and stored at between 2 and 8°C, has generated considerable interest on the African continent. Although a recent study indicates that this vaccine may not be very effective against the South African variant, the WHO recommends using this vaccine until there is stronger scientific evidence, as the published data are not sufficient to establish a definitive conclusion.

Another promising vaccine – by Johnson & Johnson – is on the horizon, although it has not yet been authorized. It is also stored at between 2 and 8 degrees and could be effective in a single injection, which is an asset in African countries that are accustomed to organizing mass vaccination campaigns. This vaccine is therefore very promising, but we are still awaiting the results of phase 3 trials.

What about the Pfizer vaccine?

Finally, the 270 million vaccines ordered by the African Union include the Pfizer vaccine, of which 50 million doses have been ordered. But this vaccine has to be stored at -70°C, which raises the question of logistics: which countries will opt for these vaccines given their storage conditions?

Leaving aside the logistical constraints that will restrict access to the Pfizer vaccine to a very small number of African countries, each state will receive a quantity of vaccine doses (AstraZeneca, Pfizer, and Johnson & Johnson) in proportion to the size of its population. As this distribution is not based on the epidemiological profile of the country (the number of infected people), this begs the question: is it really fair? As I have already stated, the situations of African countries with regard to the circulation of the virus are very disparate.

You believe that there is an urgent need to combat “vaccine nationalism”. Why?

Some developed countries have reserved three times as many doses of vaccine as they need to vaccinate their populations, while African countries are struggling to receive even the first doses required to protect their frontline workers. This is a sign that nationalistic attitudes are taking precedence over international solidarity in the fight against the pandemic.

Given the fragility of African health systems, there is an urgent need to obtain the doses required to protect healthcare workers in order to ensure continuity of care and prevent health structures from becoming hotspots for the transmission of the epidemic. In a globalized world, viruses do not respect borders. That is why it is essential for rich countries to promote international solidarity and synergistic actions between countries. We must move toward an equitable distribution of vaccines between developed and developing countries as quickly as possible.

This principle of equity must also be respected at the regional level. The COVAX mechanism should make it possible to increase the allocation destined for countries with a high incidence and mortality rate (South Africa, Zimbabwe, Malawi), to the detriment of the population size criterion. Greater synergy is needed in actions at all levels (access to tests and diagnoses, prevention through vaccination, case management) and this will require international and regional solidarity. It is the only way to defeat the COVID-19 pandemic. 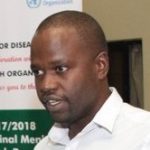 Clinical Leader Vaccination and response to epidemics, at MSF France