Project manager in the Local Governments, Housing and Urban Development Division in charge of operations at AFD

“The passing of an illusion”: what we learn from Brasília

Brasília was designed in strict application of the Athens Charter, based on a functionalist and rational model. It was held up as a symbol of the city of the future in the 1950s, but today conveys an outdated vision of modernity. Its famous urban layout in the shape of a bird was initially designed for a limited number of residents but has been excessively densified and deformed as its status as federal capital has attracted new populations. They have finished by settling, like everywhere else, in outlying, informal and underequipped neighborhoods. The city center, located below these outgrowths, with the so-called pilot plan designed for cars, is struggling to reshape itself into a sustainable city.

What lessons can be learned from this? Schematically, we could say that Brasília, as an urban object that was designed to be finished, has been caught up by the city which, by definition, is never finished. If Lucio Costa and Oscar Niemeyer – respectively urban planner and architect of the city of Brasília– had read Julien Gracq, they would maybe have known that “the shape of a city, as we all know, changes more quickly than the mortal heart”. But this experience is also a call for humility, which leads us to review the pretentions of designing once and for all what will be the future of the urban condition. Brasília stood out, in 1950, as the city of the year 2000 and in 2018 looks like a city of the 1970s.

In the light of this, one can question the recent trend which has seen the national and local authorities of every countries promote large-scale urban projects or new cities, making them a showcase of their real or fantasized economic prosperity. Smart cities, which are more often associated with a new city than an existing city, aim to be the showcase of technological know-how, largely driven by private companies. These areas of concentration of environmental performance, digital innovation, economic growth and even political representation, are especially the reflection of a uniformization of models led by private actors, to the detriment of taking residents’ needs into account.

From the ideal city to the desirable sustainable city: How to make banal cities attractive?

At a time when there is a pressing need for sustainable cities (i.e. compact, low-carbon, but also open, participatory, inclusive, equitable), and while global urban growth is accelerating at a rapid pace, are the major urban development issues well set out by these large-scale projects? Are they not less on the side of these showcase projects than around operations on the existing banal fabric and supporting the expansion of cities? Especially considering that the lack of planning leads to poorly controlled and mono-functional urban sprawl, which exacerbates the relegation of the poorest populations.

From this perspective, improving living conditions and the economic and social integration of residents in urban fringes continue to primarily focus on the provision of essential services, as well as on the development of infrastructure and services required to connect these neighborhoods to employment areas and central points. To achieve this objective of large-scale coverage, it is essential to continue to call on major urban operators as they are the most effective. But these major urban renewal programs do not single-handedly meet the objective of making the city desirable to populations. To achieve this, it is necessary to revive the deep spirit of cities which have historically symbolized spaces of freedom, of invention and of exchanges where the most diverse (and sometimes iconoclastic) individual and collective initiatives can usefully be nourished.

As the era of an enlightened urban despotism has passed to the age of a lateral and decentralized power, public authorities consequently need to step up efforts to back the responses provided against a greater responsiveness and taking into account of the needs expressed but also of spontaneous and emerging initiatives. Consequently, intervening on the existing urban fabric gives the opportunity of listening to the residents who are already there, and of observing their habits in order to tailor the responses to their needs and expectations. To break away from the conventional and rather formal rationales of consultation, which have shown their limits, several responses, which emerging today are demonstrating a new effectiveness.

An overview of new fruitful alliances

This renewed manner of addressing urban projects calls on new actors and methods in the urban landscape. Residents, associations, artists and artisans are at the center of a bottom-up rationale for intervention which builds a more collaborative city. The laboratorios iberoamericanos de innovación ciudadana illustrate the dissemination of these spaces of citizens’ creativity and initiative, whose spirit is to speed up proposals for concrete solutions in cities. Methods such as design thinking, which is widely used in other sectors, promote an approach to the urban making focused on the final beneficiary. In this way, a solution is developed with and immediately tested among its users so that it can be improved depending on the feedback related to its use. In Tunisia, El Warcha, collective gathering artists and architects, has developed participatory workshops with residents in the Medina of Tunis, which aimed to build and test prototypes of street furniture for the neighborhood.

The way in which these methods adapt to urban projects allows developments to be built based on the needs of those who live in cities and make them live. The solutions imagined are to be directly confronted with their appropriation by the beneficiaries. They give public authorities, developers and companies a capacity to adjust the projects or services implemented to the realities of the field and put residents back at the center of projects, making them actors and co-designers of solutions. The rationales for participatory budgets are also in line with a similar aim: leaving spaces of creativity for residents. On another level, calls for territorial projects, led by national or local authorities, indicate new ways of designing the city in identified spaces whose programming is devised by actors on the ground, from different professional backgrounds, depending on the expression of local needs.

These new approaches to the making of the city, called transitional, participatory or tactical urban planning tackle issues which are not addressed by heavy urban operations on infrastructure: integrate the memory of the residents of a neighborhood into its renewal, get the entire population to participate, including young people and women who are often not in representation bodies, experiment quickly in a given context, imagine and prefigure the development of spaces, overcome conflicts of use and take advantage of the collective intelligence.

It is a new way of intervening in an existing or changing city, in the form of “small” projects, with fewer financial resources, but by extending the design to all the resources of the territory, physical resources and existing know-how. These urban projects have a limited risk, but a greater social impact and can facilitate the grounding of large-scale projects in their territory. They are considered as spaces for the creativity and expression of citizens and leave local authorities with their rightful role acting as facilitators then amplifiers of these initiatives.

These new ways of making cities give room to small-scale experimentation, prefiguration, reversibility, scalability, transition. They are not spontaneously part of the analytical framework of large international donors operating in the urban field, whose economic model generally focuses on economies of scale.

However, faced with the limits of major projects designed without residents, which do admittedly sometimes make spectacular transformations to the physical environment of housing, but where there is a low level of appropriation by the population, the small world of official development assistance also needs to develop its software of thinking.

Indeed, without giving up the ambitious objectives of supporting major rehabilitation, renovation and urban regeneration programs (the “elephants”), it is becoming possible and even desirable to simultaneously support frugal innovation mechanisms (the “mice”), focused on the initiative and competence of residents. By doing so, far from replacing one urban approach by the other, it involves nourishing them within combined initiatives targeting long-term structural effects. All this without losing sight of the need to produce short-term results, which are admittedly more limited, but are tangible and appropriated by users.

This new fertile way is both a manner in which to strengthen collective intelligence and to restore citizens’ confidence in public action. Changing cities and changing lives have become permanently intrinsically linked. 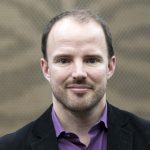 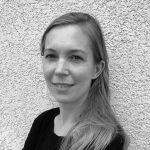 Project manager in the Local Governments, Housing and Urban Development Division in charge of operations at AFD