While unemployment and underemployment are still a major concern among many industrialized countries, these issues hit developing countries much harder. In the Maghreb, university graduates are facing massive unemployment, as high as 30% in Tunisia. In sub-Saharan Africa, 70% of young people live on less than $3 per day, leading many to accept underpaid jobs, unsuitable hours, and sometimes dangerous working conditions. In South Asia, Latin America, and Africa, a context of massive informality and poor access to social protection makes workers particularly vulnerable to shocks, whether they be economic (bankruptcy, dismissal, etc.) or personal (illness, occupational accident, etc.).

Mass unemployment and underemployment exacerbate inequalities and fuel a sense of resentment, occasionally leading even to violence. Despite this, the governments of numerous developing countries are slow to develop and implement employment policies matching the challenges.

How can this paradox be explained? The relative inaction of governments in the area of employment reflects preconceived ideas that must be identified in order to be addressed.

The number one answer to unemployment and underemployment is naturally to increase the number of companies and their size. But developing infrastructure and value chains, improving the business climate, business financing initiatives, and international trade rules are not enough. Companies must be able to fill the positions that they wish to create.

However, in developing and emerging countries, even more than in developed countries, attempts to match supply and demand of labor seem like a succession of missed opportunities. Many employers give up on the idea of finding profiles corresponding to their needs. On the other hand, many individuals, even those with qualifications, struggle to find employment that matches their aspirations, either due to difficulties in identifying open positions, or the inability to overcome all the obstacles (related to the selection process, perceptions, discrimination, etc.) littering the recruitment process.

While new digital technologies can make information more accessible, through job boards, for example, they only solve part of the problem. Individuals must be trained, which implies a prior need to strengthen educational systems overall. They must also be prepared and receive support, depending on their level of autonomy, in defining their project and navigating the complex and demanding path to a job that matches their qualifications and aspirations.

Providing this support and at the same time helping companies define and communicate their recruitment needs are the raisons d’être of public employment services, yet in many countries, these services are still non-existent or inadequate. This is why international donors must support the structuring and capacity-building of public employment services, with a territorial and partnership-based approach, without neglecting the entrepreneurial aspect (since the shortest path to employment sometimes lies in creating your own business).

The governments of developing countries have been quick to point out that even in developed countries, which have invested significant funds in fighting unemployment, it has still not disappeared. Why, then, should funding go to employment policies in countries where public resources are scarce?

A closer look reveals that developed countries have not abandoned these policies. On the contrary, even very economically liberal countries continue to offer a significant range of employment services through extensive networks: over 600 Jobcentre Plus offices exist in the United Kingdom, for instance, and 2,400 American Job Centers in the United States. In France, Pôle Emploi is a major institution, with a budget of around €5 billion per year excluding unemployment benefits.

The reason behind the continuation of employment services is simple: there is now a broad consensus on the importance of supporting job seekers. Specifically, to fight what Olivier Blanchard and Lawrence Summers theorized as hysteresis in unemployment in 1986, the idea that the longer an individual remains unemployed, the less likely they are to find employment, due to a twofold effect of stigmatization and disconnection from the business world. However, a study from 2010 states that “benefiting from assistance services has the effect–all other things being equal–of increasing the return to employment. The greater the assistance service, the higher the rate of return to employment.”

In developing countries, where job markets are particularly tight, special attention must be given to ensuring that these employment services also target employers in order to help them create positions–including in informal businesses, which make up the majority of the economic fabric. The goal is to avoid creating displacement effects for unemployment, from those receiving assistance to those who are not.

Furthermore, we must remember that every fifteen seconds, somewhere in the world, a person dies of a work accident or occupational disease. Policies that strengthen access to employment must be combined with efforts to raise awareness on decent working conditions.

According to an independent assessment by the Better Work program, improving the quality of a job reduces employee turnover, increases productivity and improves the quality of the products and services. This was also witnessed by employers in Chad supported by La Maison de la Petite Entreprise. It debunks the common belief that improving working conditions only generates additional costs.

Like policies promoting healthcare and education, employment services have a cost. However, when services for the unemployed and businesses are targeted, relevant and implemented effectively, the return on investment can be huge. There are multiple benefits involved in developing access to employment: economically and socially integrated individuals, an increase in household consumption, growing businesses, additional tax resources for public authorities.

On the other hand, inaction has a cost, not only societal and political, but also economic: a loss of earnings linked to unused workforce, social assistance expenditure, etc. In Europe, it has been estimated that “NEET” (Not in Employment, Education or Training) youth cost society more than €120 billion per year. What will the cost be tomorrow if nothing is done to increase access to employment for the 20 million young people entering the job market in Africa yearly? The long-awaited “demographic dividend” is now in jeopardy.

Ensuring access to decent jobs for as many people as possible requires strong responses. Certain African, Asian and Latin American nations have taken inspiring measures, choosing to combine their economic development policies with a strong commitment to employment. This movement must now increase, in keeping with each nation’s unique ambitions and constraints. 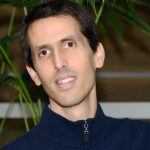