Jacques Moineville, Associate Chief Executive Officer of Agence française de Développement (AFD), took the floor during several discussions at the European Development Days (EDD), which were held in Brussels on 16 and 17 October.

One discussion focused on the private sector’s role in supporting “inclusive” growth – growth that the entire population can participate in and benefit from. “The benefit of growth must come in the form of better access to public services, water, electricity, transport and even the telephone”, explains Jacques Moineville. “Growth must lead to an increase in the wealth of countries and individuals, involving the possibility of finding a job with a permanent salary. The private sector is a key player in achieving these results, both in terms of investment in infrastructure and the management of certain public services.”

In Brussels, other issues included this Africa on the move, with sustained growth and an emerging middle class. This continent receives increasingly positive press coverage in France and worldwide. How can this new perception be analyzed? For Jacques Moineville, the break with the pessimism about Africa in recent years in itself marks a positive turning point. “Africa’s presence in the world has been emerging for about ten years now. It is the awareness of this phenomenon that is new. In Brussels, there was much talk about the share of Africa’s population in the world by 2050, with 2 billion people in Sub-Saharan Africa. Countries like Nigeria will be among the most populated in the world, which will change things completely.”

Africa, which has seen its growth rise by 6% a year for several years now, is a focus of interest for an increasing number of countries. “The Chinese and Turks receive heavy criticism and rightly so when they invest in Africa in a predatory manner. But they are investing, they are banking on Africa. This interest is extremely positive and contributes to integrating the continent into globalization.”

“This confidence should prevail in France and Europe, but not blindly”, continues Jacques Moineville. “Growth has been extremely rapid in countries which are not yet structured in terms of administration and democracy. Another vulnerability is the proportion of youth in Africa’s population. It is a source of dynamism, but also of social disorder if these young people do not find work.”

And what about the issue of governance, with political crises which can block the progress achieved by the private sector in Africa, like in Mali and Côte d’Ivoire? For Jacques Moineville, this issue can be a stumbling block, with or without political crises. “Companies need a stable legislative and regulatory framework and a tax and legal administration that plays its role. The private sector needs a local banking sector which has confidence in both SMEs and in foreign investment. Yet this confidence does not come about by itself. Our action can be to offer to share the risk with these banks. We can propose investment funds which invest in the capital of start-ups and lead companies to become stakeholders in policies (in the fields of energy, environmental responsibility, etc.). Political crises will not come to an end overnight. Situations of all-out war prevent the private sector from developing. However, in Côte d’Ivoire the private sector has been very resilient. It has survived several crises and has resumed a significant amount of activities. Governance may sometimes pose a problem, but that does not mean that there is not reason to hope.” 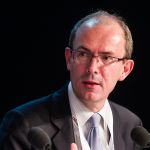