Research Associate in the Industry, Energy and Climate team at I4CE

As emerging economies continue to experience rapid growth, their decarbonisation strategies will play a crucial role in realising the Paris Agreement. In the global pursuit of the most suitable low-carbon policies, one policy in particular is gaining wider acceptance in emerging and developing countries, namely putting a price on greenhouse gas (GHG) emissions. Carbon taxes can play an important role within a holistic set of climate policies to enable the low-carbon transition in emerging economies.

In order to respond to this challenge, emerging economies are increasingly choosing to put a price on GHG emissions (referred to as carbon pricing) to encourage more sustainable behaviour from polluters and a shift in investment decisions. Carbon pricing can be administered using tools such as emissions trading schemes, carbon taxes, emission standards among others.

As the benefits of carbon pricing become more widely documented, more governments are looking to integrate such policies into their long-term decarbonisation strategies. The choice of carbon pricing tool can vary by country, depending on their national circumstances and priorities. One growing trend, which can be seen amongst emerging economies such as Chile, Mexico and South Africa, is the adoption of a carbon tax[1]. A carbon tax is a fixed price on certain GHG emissions and can be economy-wide or target specific sectors and/or activities.

Among the general benefits offered by carbon pricing tools, there are specific benefits associated with carbon taxes that make them particularly attractive to emerging economies:

While a carbon tax can be an effective tool to reduce GHG emissions, it is not without limitations:

Over the last years, while developing their carbon tax, Chile, Mexico and South Africa have engaged in internal political and technical processes in order to overcome these possible limitations, as we will see below. Helping them in this process, is one World Bank initiative called “Partnership for Market Readiness” that supports developing countries prepare and implement carbon pricing policies by providing funding, expertise and support for capacity building.

The design of a carbon tax is largely shaped by three features: scope, price and flexibility measures.

These features reflect countries’ national circumstances and the outcomes of ministerial and stakeholder consultations. The table below demonstrates different design elements of carbon tax that have been or will be adopted by these countries.

Ensuring the acceptability and efficiency of the carbon tax

The carbon price required to incentivize emissions reductions that are in line with the 2°C target can be too high to be politically feasible in all countries in the near term. Therefore, calibrating the carbon tax’s price means achieving a balance between feasibility and encouraging the necessary long-term behavioural change that enables a low-carbon development.

For starters, choosing the scope of a carbon tax is an important  step in determining how effective the policy will be at reducing emissions. For maximum efficiency, governments usually implement a carbon tax where it can have the highest impact on emission reductions. For example, in Chile, the government decided to implement the tax on the energy sector which is the largest source of national emissions (75% or 68.4 GtCO2e in 2010).

The first proposal for a carbon tax in Mexico differed significantly from the policy that was implemented in 2014 wherein the initial rate was higher. However, after brokering discussions with stakeholders, a new (lower) carbon price emerged, while natural gas was exempted from taxation. This example highlights the reality that setting the optimum price for a country can be difficult and so, price calibration must be viewed as a long-term evolutionary process that increases ambition over time. The end goal should be setting a price that is able to create the necessary shifts in behaviour to ensure a long-term, low-carbon development pathway is charted.


Consulting with stakeholders is an important step in ensuring the acceptability of a carbon pricing tool. In view of South Africa’s emissions intensive sectors (energy and industry), the country’s carbon tax has been designed to accommodate international competitiveness concerns. To ease these concerns, the government engaged in stakeholder discussions which led to a number of provisions aimed at easing the impact of the tax on major emitters over time. For example, providing exemptions to affected entities in the first phase and guaranteeing that the overall impact of the tax will be revenue neutral until 2020. By accommodating such compromises, the government is able to encourage wider acceptance from stakeholders in the early years the tax is implemented. However, it is worthwhile to note that these compromises may lead to reduced economic and environmental efficiency of the carbon tax and therefore need to be reevaluated over time.

Carbon taxes, while not an exhaustive emissions reductions tool, can be an effective decarbonisation tool within a set of complementary policies and a good first step towards increasing climate ambition. Chile, Mexico and South Africa are demonstrating that carbon taxes can be designed to accommodate developing country circumstances and are suitable as part of a sustainable development model. In view of this, we can expect increased adoption of carbon pricing policies in developing countries’ domestic strategies that enhance engagement[2] towards realising the Paris Agreement objectives.

[1] Countries are expected to update, review and submit their Nationally Determined Contributions (NDCs) on a regular basis under the Paris Agreement, in an effort to continually increase climate ambition. As a result, this process could help drive developing and emerging economies to implement carbon pricing policies.

[2]  Nearly 40 countries and 20 sub-national jursidctions have established or are planning to establish carbon pricing mechanisms (State and Trends of Carbon Pricing, World Bank, 2015) 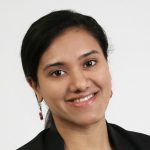 Research Associate in the Industry, Energy and Climate team at I4CE 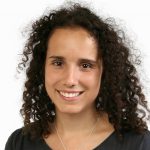 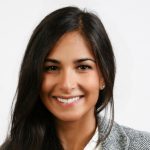