Mohammed looks tired. He is sitting crossed legged in front of the volunteer who has come to visit his family. Mohammed and his family of seven are from Aleppo, Syria. They fled to Jordan in 2013 following the bombing of their neighborhood. Mohammed is grateful for how Jordan and its people have welcomed his family. But he finds it more and more difficult to make ends meet and is getting increasingly desperate and concerned for his family as the months and years go by.

The Syrian refugee family lives in a small rented apartment in a town called Rusaifa on the outskirts of Jordan’s capital city Amman. The family receives monthly food stamps from the Word Food Programme (WFP). Mohammed works as a construction worker a few days a month but because he doesn’t have a stable employer he’s unable to obtain a work permit and has to content with working illegally, which puts him and his family at risk of being detained and deported.

Although public education is free and open to all refugees in Jordan (including “undocumented” refugees), Mohammed’s five children are not going to school. Mohammed wants to send them but doesn’t have the means to pay for their transportation to school or for their uniforms and books.

Mohammed and his family are “registered” Syrian refugees in Jordan, which means that they each have a card issued by the Ministry of Interior granting them access to public health services. However, Mohammed’s wife’s recent delivery in a public hospital cost JOD 80 (EUR 100), nearly half of the family’s monthly income.

The family have a monthly income of 180 JOD (70 JOD from WFP vouchers and 110 JOD from Mohammed’s illegal work), their monthly expenses amount to 300 JOD and they are 800 JOD in debt from borrowing money to pay for rent and food.

Two days ago, after months of not being able to pay the rent, the family received a final eviction threat from their landlord.

A little further South in the capital city of Amman, Manar tells us the story of her family. They are a family of six who fled from Daraa in Southern Syria in 2012 after several months of heavy threats, repression and violence. They first stayed in the Zaatari refugee camp in Northern Jordan but decided to leave the camp to find a better life in the city. As they did not have any friends or family in Amman who could sponsor them, they left the camp without respecting the official “bail-out” procedure which means that they are now living as undocumented refugees in Jordan with no access to public health services, WFP or UNHCR cash assistance and no possibility of resettlement.

As undocumented refugees, Manar’s family does not possess the Jordanian Ministry of Interior card, so when they need to visit a doctor, they can only go to private hospitals which will charge them a foreigner’s rate at up to three times as high as the rate offered in public hospitals to registered refugees.

Because Manar’s family is undocumented, they cannot obtain work permits and have to work illegally at the risk of relocation to refugee camps, family separation or refoulement to Syria. Manar’s family live in constant fear of being discovered by the authorities and have therefore severely restricted their movements.

Manar and her husband rarely leave their apartment and they have recently started considering sending their eldest son to work in order to survive and meet the basic needs of the family.  Their monthly income is 250 JOD and their monthly expenditures amounts to 350 JOD. They have accumulated a total debt of 400 JOD from borrowing money to cover their expenses.

The latest addition to the family was born three months ago but because the baby boy was born prematurely and had to stay a week in the intensive care unit, the family accumulated an additional 700 JOD in unpaid hospital bills.

The vast majority (80%) of Syrian refugees in Jordan lives in host communities in urban settings. According to the November 2016 CFSME (Comprehensive Food Security Monitoring Exercise) conducted by the WFP and the REACH Initiative, the main source of income for Syrian refugees in host communities in Jordan is unskilled labor (29%), followed by cash from aid organizations (21%) and WFP food vouchers (15%).

Only 5% of Syrian refugees in host communities have savings left and 87% of households are in debt with the average debt totaling JOD 823. The main coping strategy used by refugees in host communities is borrowing money to buy food or purchasing food on credit (67%), reducing essential non-food expenditure (49%) and sending household members to work in exploitative or illegal jobs (26%).

Premiere Urgence Internationale has been working on the Syrian response in Jordan since 2013 with humanitarian programmes focused on the distribution of cash assistance and non food items (NFI’s) to vulnerable Syrian refugees and host communities.

In January 2016, Première Urgence Internationale with fundings from Agence Francaise de Développement (AFD), rolled out a comprehensive Community Programme in Amman and Zarqa aimed at increasing access to basic services (health and education) for vulnerable Syrian refugees and host communities. 20 outreach volunteers conduct home visits to vulnerable families in the communities surrounding Première Urgence Internationale’s two Community centers. The community volunteers use a questionnaire aimed at getting a global picture of the economic and social situation of the household. In the past year, the community volunteers have visited 12,125 households equaling more than 60,000 individuals. Of these, 79% were Syrian.

Recent figures published by UNICEF in May 2017 show that around 40% of registered Syrian school-aged children are not enrolled in public school in Jordan. Public education is officially free for all including undocumented Syrian refugees but many Syrian parents are still not sending their children to school.

The main reasons for this according to the data collected by Première Urgence Internationale are financial constraints (35,60%), child labor (24,72%) and physical and verbal abuse by teachers and peers in school (13,91%).

How PUI and AFD are responding: Cash Assistance

Première Urgence Internationale’s Community Programme responds to the growing issue of Syrian refugee household’s economic vulnerability and the resulting lack of access to health and education services by not only offering case management, counseling and classes in the community centers but also by providing extremely vulnerable families with cash assistance to enable them to access health services and public schools without having to borrow money or spend savings. Première Urgence Internationale provides extremely vulnerable pregnant women with cash for delivery in order for them to be able to cover the costs related to their deliveries in a public hospital. Likewise, the NGO provides extremely vulnerable families with cash for education to enable them to send their children to school or make sure that their children don’t drop out of school due to financial reasons. Most Syrian refugees in Jordan have access to health and education services but the costs associated with these are too high for the average Syrian family to cover without borrowing money and getting plunged into debt. Mohammed who we met at the beginning of this article is receiving monthly cash for education from Première Urgence Internationale to be able to send his children to school as well as cash for health to cover the expenses of his wife’s delivery and likewise, Manar received cash for health to cover the expenses related to her delivery and her son’s stay in the ICU.

Some good initiatives but more sustainable action is needed

The vast majority of Syrian refugees living in Jordan rely on NGO and UNHCR cash assistance as well as WFP food vouchers to get through the month. The situation is becoming increasingly unsustainable as both WFP funding and NGO funding for Syrian refugees in Jordan has decreased in recent years. In 2015, WFP got worryingly close to having to cut its food voucher programme altogether due to lack of funding and text messages were sent out to Syrian refugees letting them know that 34,000 individuals would no longer be eligible and that 239,000 individuals would see the value of their vouchers reduced. Any day now, WFP funding could potentially dry out and International NGO’s are faced with the same funding cuts in recent years. An entire generation of Syrians cannot realistically rely on WFP, UNHCR and NGO cash assistance to feed their families, send their children to school or to make sure that a complicated delivery does not put the family on the streets. Something has to change.

In February of 2016, the Jordanian government concluded negotiations for the “Jordan Compact” with the World Bank. In return for 300 million USD, 0 interest loans and free trade access to EU markets for Jordanian firms, Jordan accepted to issue 130,000 work permits to Syrian refugees before the end of 2019. However, employers do not always see the benefits of issuing work permits to Syrian refugees, Jordanian firms are so far not lining up to sell their products in the EU and Syrian refugees are encountering various obstacles in the process of obtaining  work permits. The main issue faced by refugees is the fact that most refugees do not have a stable employer which is required to get a work permit and the few that do have a stable employer can only obtain the permit if the employer has the right permits which is not always the case. Even when a refugee does have a stable employer whose permits are in order, some refugees are faced with the issue of corruption where the employer asks them for money to issue the permit. Finally, if a refugee is lucky to have obtained a work permit this does not necessarily mean that he or she will be making enough money to sustain his or her family.

With no end in sight to the conflict in Syria, we are all collectively responsible for ensuring that Syrian refugees living in Jordan are able to live in dignity and are able to feed their families without having to worry about being deported to the camps or to Syria, separated from their children or drowning under crippling debt. In order to ensure this, more needs to be done to open up the Jordanian job market to Syrian refugees and making work permits more accessible and attractive to both refugees and employers, improving Syrian’s trust in the Jordanian government so that they will take on more legal employment and finally allowing all Syrian refugees in Jordan to lawfully register as refugees. 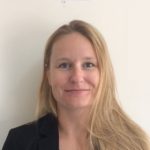