Deputy Executive Secretary of the ESCWA

How is ESCWA involved in the reconstruction of Syria?

Since August 2012, we have been working with a small group of experts on modelling and forecasting activities. All the figures we have forecast have turned out to be correct. We need to face the huge problems and destruction caused by the war in Syria, by taking two factors into account: the focus by donors on humanitarian action and the total polarization inside Syria, with two stories (Editor’s Note: of those in power and of the opposition) which are mutually exclusive. It is either me or you.

ESCWA is a standard-setting and non-humanitarian organization. The best we can do is create a platform in order to bring about a new story for Syria’s future. Our experts, who are Syrian, come from all domains of competence and from all walks of life. We are going to produce a “National Agenda” , with a vision for the country, a detailed reconstruction plan for the first three years, and even for the first 90 days of peace. The document will review 55 sectoral policies (water, manufacturing, etc.) and will address the issues of gender, the environment and human rights in a crosscutting manner. We pay attention to sharing and validating our work with as many Syrians as possible, both inside and outside the country, in order to initiate a discussion.

What will be the purpose of your work if there is a peace process?

We hope that the government of the day, whatever it will be, will have a reference framework. It will not have to follow 100% of it, but at least it will not be starting from scratch over again. Why is this so important? In general, the first years of any transition government are the most crucial and difficult part of the story. If we look at the cases of Tunisia, Egypt and Libya, we realize that the transition governments had no vision, nor the time to plan. They implemented populist policies which led to renewed conflict. In Syria, there will at least be a plan prepared by Syrians, for their country and validated by them, as well as by donors.

In practical terms, what could be done right now?

I am not talking about rebuilding, but only of rehabilitating the energy sector. What can we do to bring electricity back and prevent the exodus of 2 million more Syrians?

It should be pointed out that one of the three reasons why Syrians migrate is to find electricity, after security and employment! In Syria, the energy sector has not been damaged much. The grid has been hit, but not the power plants. With USD 3m to USD 4m, Syria could raise its installed capacity from 1,500 MW today to nearly the 9,000 MW pre-conflict level.

If I were pessimistic, I would simply just have to sit down and cry. Maybe I am a dreamer! Einstein said that if at first the idea is not absurd, then there is no hope for it. What do we expect? If we continue as in the past, we are heading for disaster. We know this. It is worth investing in an alternative!

Humanitarian aid has been in place for five years and a new approach is necessary, to support the countries which host Syrian refugees, like Lebanon and Jordan. This new approach cannot ignore Syria. There will be no growth in Lebanon and Jordan without the reconstruction of Syria! It is important to prepare an alternative, at least on paper.

What do you think of the joint World Bank/HCR report  about the welfare of Syrian refugees which was presented in Paris on 15 February?

It is a very good start, but we can be more audacious. At this stage, it is only a study document which commits no one. If we look at the dynamics, the reasons for the exodus and the reasons for the return of Syrian migrants, it is quite possible to focus on reasons for people to return to the country. In practical terms, we do not need to give money to Damascus – and risk being regarded as supporting the regime – to repair a power plant. It is possible to make this investment through one or several UN agencies. The fact is that there are 2 million people without electricity in Syria, and we do not know what they are going to do: stay or leave.

Have Jordan and Lebanon weathered the crisis well?

Yes, but the Syrians are also very resistant and very patriotic. They find jobs, survive and are moderate. The rise in Muslim radicalism among refugees is very limited.

Imagine if after five years of conflict, 50% of young men between 15 and 35 among the Syrian refugees in Lebanon and Jordan decide to become radicalized… We are talking about approximately 320,000 people. Yet this is far from the reality, the security situation in Lebanon and Jordan proves this.

Is there a risk that Syria will be unstable for a very long time?

Suppose that we had a peace process, a peace agreement, etc. We will still have clandestine terrorism, internal conflicts in our society and regional conflicts. We should also not forget that ordinary people will have huge expectations. For the time being, all Syrians want is peace. Once they have it, they will want electricity and reconstruction, with housing, schools, hospitals, markets, roads, etc. It will take a long time to build all this infrastructure. There will be social explosions, strikes, demonstrations. The country will not return to its pre-conflict level of stability, in any case, not over the next ten years.

What recommendations would you make to donors?

Peace in Syria is a global public good. Investing in this peace is admittedly not going to produce a financial return, but it will allow refugees to return and a certain regional stability. I call on donors to look at what must be done within Syria, prepare ourselves as of now, study the plans we are working on. We need to prepare the private sector and encourage the Syrian business community in the diaspora to invest in Syria. Once a peace agreement has been signed, it will be necessary to lift the economic sanctions, which seriously hinder economic activity. It will also be necessary to encourage the USA and Europe to give free access to Syrian products on their markets. This factor is perhaps more important than financial assistance.

Do you think that this opening up of markets is possible?

It is ultimately Syrians who are going to rebuild Syria. Syrian investors will need to be the first to go there. I am more concerned about the role that the international community will be able to play than the role that Syrians are going to play. Let us not forget that a major crisis can break out and prevent the international community from making the effort required for reconstruction: imagine if the Italian banking system collapses, that a crisis breaks out in Iran, in Israel, not to mention the Palestinian problem. If we resolve everything in the region without resolving the Palestinian problem, we will necessarily be taking a step backwards.

Donor countries have the very best of intentions. They have already invested billions in Syria over the past five years. But I am not sure that they will have sufficient political will to lift the sanctions right from the first day of peace, give Syrian products access to markets, or provide the USD 10bn which will be required for investments right from the first year of peace. Syrians have the political will to rebuild their country and must share a clear vision of the future, in order to provide the international community with an extremely clear plan.

What are the greatest mistakes made in Iraq that need to be avoided in Syria?

Three major lessons need to be learned from Iraq. Firstly, there was no reconstruction plan in Iraq after the American occupation. An ad hoc approach was taken. The second lesson: institutions are important. A country cannot do without a Ministry of Education, of Health, etc. Syria has 1.4 million civil servants, who need to be protected, who must be able to perform their duties. This is the great lesson from Iraq.

The third lesson: the delicate balance between centralization and decentralization, which has been favored in Iraq. Reconstruction is a centralized exercise. Why? Take the example of Aleppo and Homs. Where are we going to rebuild first? It is a core decision, which must be democratic, inclusive and transparent. It cannot be a local decision: the municipal councils of both cities are, of course, going to want to have priority. Similarly, the reconstruction of the energy sector cannot be local. It is for this reason that there is still no electricity in Iraq. To take another example, Germany is a federal State, but the power system is national. Local democracy is important. So is the central government. 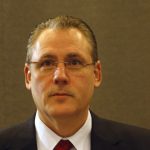 Deputy Executive Secretary of the ESCWA