As part of the «Smart cities » campaign of which AFD is partner.

As digital data becomes a key resource to build sustainable and smart cities, all urban stakeholders need to adapt. Development actors must step up efforts to integrate this new paradigm and broker impactful and inclusive partnerships around urban data, write the AFD’s Gwenael Prie and Pierre-Arnaud Barthel in this guest column.

“Smart Cities” at the heart of the digital revolution

For several years now, the rapid spread of digital technologies and services has been causing major upheavals in every sphere of the economy and society. This revolution has led to an exponential quantity of data being produced by all sorts of connected objects and the information systems they are linked to.

The mobile phone is the first such object. In 2000, less than 1 billion people were using a mobile phone around the world; in comparison there are some 5 billion mobile phone users globally today, mostly in developing countries. Never before has a technological device reached so many people in such a short timeframe. Never before has technology had such an impact on so many sectors at the same time. And with the wide adoption of smartphones, digital applications have been increasingly integrated into many aspects of our lives.

Cities are at the forefront of this digital revolution: they provide the best connections, they are home to public and private innovators, and to the early adopters of their solutions — such as citizens using mobiles applications to access their bank account or to shop online, for example. Moreover, urban equipment and networks are increasingly joining the connected world. It is in this context that the use of the term “smart city” has spread like wildfire in recent years. There is no consensus as to the definition of the concept, but there is, however, a common denominator: the “smart city” is a “city managed by data.”

For development stakeholders, maintaining our traditional ways of working is not an option in the face of the digital revolution.

We have to leverage the power of urban data to give us much more detailed knowledge of the city and its residents, for example in terms of mobility, socio-economic indicators, or for poverty analysis. This new opportunity should allow us to produce better field diagnostics; design and structure more inclusive and sustainable urban projects; and better monitor and evaluate them.


To adapt to this new context and support this transition, we need to move in two directions. The first is to support the production of urban digital data — by cities themselves, but also by local companies, associations and citizens. The second is to reinforce their use for an extremely wide variety of purposes, including the optimization of tax collection, open access to municipal administrative documents, and real-time reactions to pollution or congestion peaks.

Let’s take an example of this process. In the city of Accra, Ghana, as in most African cities, transport is all about minibuses, known locally as “tro tros.” Tens of thousands of them crisscross the city every day. Yet, until recently, there was no map of these tro tro lines. In 2015, the French development agency, Agence Française de Développement, or AFD, decided to work with the Municipality of Accra to learn more about this network by financing geolocated data collection by a group of investigators equipped with simple smartphones. Thanks to the data collected, the municipality has been able to produce and share the very first tro tro network map.

In addition, to follow this approach through, the data collected has been made available to Ghanaian students and entrepreneurs, who have consequently been able to propose the development of new applications for mobility in their city based on the tro tro data.

Four prerequisites for Africa to fully benefit from digital technology

The opportunities of digital transition must not make us forget the new challenges and risks associated with data. It does, of course, involve protecting the confidentiality of personal data. It also means ensuring the inclusiveness of data-driven projects, so that nobody is excluded from new services because they don’t have access to connectivity, or are left outside the discussions by their lack of digital literacy. As data increasingly enters conversations about urban development, every stakeholder needs to learn this new language.

This is particularly true for the public sphere: as private actors such as digital platforms increasingly produce and manipulate urban data, we need to make sure public actors are not marginalized in the increasingly digital mechanisms that help to both create and understand cities.

Our aim is first to bring together private and public actors around data via, for example, open data platforms, data sharing clauses in public procurement contracts, or partnerships for the use of private sector data for public good. One such initiative is the Open Algorithms, or OPAL project, where telecom operators, statistical institutes and researchers will work together to produce new development indicators in Senegal and Colombia.

Can Big Data serve the poorest?


Furthermore, our role as a donor must be to ensure that national public authorities and local authorities alike have the capacity and willingness to take on a leading role in those discussions. We have to not only reinforce the capacity of those actors, but also help them initiate and lead the increasingly data-driven discussions that are crucial to both understanding and creating sustainable cities.

AFD is in the process of adopting a digital strategy. This strategy has a twofold objective: turn our institution into a “donor of digital technology” — able to appraise and finance digital projects in Africa, Asia and Latin America in all sectors — and a “digital donor”, capable of rapidly taking ownership of digital tools in order to enhance our effectiveness, impact and links with our partners in the field. The development of this strategy was subject to a broad, open online consultation in September 2016. 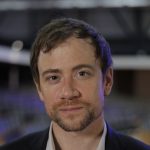 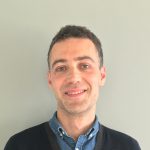