Since the early 2000s, an increasing number of educational and humanitarian operations have been using sport as a tool to meet development challenges. These “sport and development” operations continue to give rise to the same question: how can sport be an effective development tool? David Blough, Executive Director, and Arnaud Roy, projects assitant, of the NGO PLAY International, takes a look at the origins of sport and development and the nature of the links between them.

Sport as a development tool: a history of recognition

Sport as a development tool draws on the utilitarian theory of sport by which playing sport is not the objective. All that matters is the effects it has on individuals, their relationship with society and on society itself. Based on this principle, sport is consequently not the end in itself, but a means. Back in 1896, the revival of the Olympic Games was justified by this same vision. The aim of the Olympic ideal upheld by Pierre de Coubertin is not simply to play sport: sport is a pretext for peace and solidarity between nations. However, it was not until the 1970s that a link was made between Olympism and development, thanks to UNESCO. Sport and the contributions it makes were subsequently included in the agency’s programs in the context of its education prerogatives, but the turning point really came in 1971. The Second UN Development Decade placed the individual at the center of development assistance. Governments committed to development and human dignity for all. This paradigm shift opened the door to using sport as a development tool.

UNESCO became a think tank on issues related to development through sport and sport as a development tool in 1958 with the creation of the International Council of Sport Science and Physical Education, which reports to it. For René Maheu, Director-General of UNESCO from 1961 to 1974, “All those who are working for the success of the Second United Nations Development Decade, the principal object of which is human resources, will need to take account of everything that sport can bring to progress in education, culture and social life”. Yet it was only in 2000, with the adoption of the Millennium Development Goals (MDGs) that development through sport was recognized as being legitimate. For the first time, a special advisor on sport for development and peace, Adolf Ogi, was appointed to the services of the UN Secretary-General.

This legitimation by international institutions gave new impetus to international aid actors who use sport as a development tool. The sports-based approach is recognized as being conducive to the achievement of the Sustainable Development Goals by NGOs and development institutions. In April 2017, 537 NGOs specialized in this field were listed on the website sportanddev.org, against 18 in 2000 (in Levermore and Beacom, Sport and Development, 2009).

Among these specialists, PLAY International (formerly Sport Without Borders) has been operating in about fifteen countries since 1999, in partnership with local or international development actors. We are currently working in eight countries, six of which are developing countries. Our actions reach some 60,000 children a year and over 1,000 coordinators or educators are trained every year in our assistance methods and tools.

Physical and sports education is an adaptable high-impact activity which, by introducing educational pathways into the game, has an effect on issues such as post-traumatic syndromes, health education, as well as social equality and inclusion. The sport tool allows action to be taken in both post-emergency contexts and in more conventional social development situations. Operations can consequently be implemented in both developing and developed countries: the method is the same, only the subjects addressed change.

While physical and sports activities are not educational by nature, it is possible to use them to provide a response to development issues. The positive impact of sport is not intrinsic to the actual sports activities, but depends on the objectives which are set for them and the issues they are linked to. Sport is an effective and relevant driver for development through the nature and content of the activities it includes, the pedagogical continuity it provides, and the integration of activities into a more comprehensive project. Furthermore, the physical effort and universality of sports activities allow language barriers to be transcended – such barriers are often an obstacle in post-traumatic situations or in conflicts between host and refugee populations.

Sport is a gateway allowing issues to be addressed differently: it is a vehicle for getting the people we want to assist involved. In addition, in this sports-based approach, as the objective is neither performance nor victory, everyone is equal: there is no physical consideration and no knowledge is required beforehand, apart from the rules of the game given at the start.

The recreational nature of the sports activities proposed in this type of operation means that we development actors, through the vehicle of sport, often work with children and young people. The support can, however, target adult groups. Furthermore, the actions targeting children often have repercussions on the entire community.

Play international: development through sport, in the field

Over the years, PLAY International’s teams have developed and established an operating method by structuring and standardizing the tools they have been using since our activities started. One of the aims is to transfer the skills and know-how built up to the local stakeholders (coordinators, social and humanitarian workers, etc.), replicate our actions as much as possible, and ensure that the impacts are sustainable.

This teaching method is called Playdagogy. It is an educational toolkit which allows the principles we have just explained to be put into practice. There are three successive phases to address the core aspect of the issue through games: the game, the integration of the issue in a symbolic way or through vocabulary (for example, the words of the game are replaced by the lexical field of the subject addressed) and, finally, discussion. This last stage creates a bridge between the game and real life.

For example, following the earthquake in Haiti in January 2010, PLAY International worked on the psychosocial reconstruction of Haitian children in order to help them recover from the trauma related to the earthquake. Sport acts on children’s capacity for resilience and allows them to cope with the trauma they have experienced, because it offers them a positive, collective and structured activity. We have also developed a preventive approach to certain health issues. The activities convey prevention messages, particularly on cholera and hygiene issues, in a fun and practical way, thanks to Playdagogy. Fifty or so educators and teachers have been trained in the various educational and sports activities, as well as in our tools. They are now able to lead workshops by themselves and create appropriate tools and games to address specific issues. For example, they have been able to organize and lead sports and educational activities for some ten thousand children in camps for displaced persons in Port-au-Prince and Aquin City.

On Including Psychosocial Assistance in Development Projects

In Burundi, PLAY International has worked in four integrated rural villages (IRVs) in recent years under a United Nations Development Programme (UNDP) project. These villages were created to host populations repatriated after the conflict in Burundi (1993-2005) and are the scene of tensions between the residents of the IRVs and neighboring populations. The initiative implemented by our local teams aims to improve the way of living together and promote the social integration of the repatriated populations. It creates a space for exchanges and provides a way of overcoming prejudices between groups and improving the integration of repatriated populations.

A total of twenty-four reference persons have been trained in how to coordinate sports and educational activities and over four thousand children have benefited from Playdagogy sessions. “Before the project, when children from IRVs and the outside met, they used to throw stones at each other. Now they play together and meet”, reports a reference person from the Musenyi IRV in the north of the country. The sharing of land which has been organized between neighboring farmers and IRV residents also bears witness to this. The knock-on effects of the project are just as positive as the direct impacts. There is a decrease in risky practices (petty crime, unsafe sexual practices, etc.), thanks to the instructive occupation brought by the activities, and an increase in the participation rates for girls (from 0 to 25% on average), following the messages of openness and equality conveyed during the activities.

A greater involvement of populations in projects, an improvement in social inclusion in communities, a change in behavior between social groups… these are all objective criteria which make sport a driver for development. The link between sport and development needs no further proof: sport is a tool which allows action to be taken in a new way and contributes to the achievement of the Sustainable Development Goals. The current challenge facing specialist NGOs, including PLAY International, is to continue to innovate in this field and to disseminate practices and tools to the other development actors in order to make sport a crosscutting tool.

“The implementation of the SDGs requires a change of mentalities” 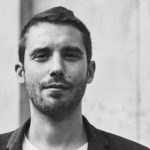 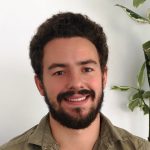