Lead Economist at The World Bank

Universal approach proposes that all citizens of a nation receive the same state-provided benefits. Universalists are optimistic that the social unity resulting from a uniform provision of benefits will garner a sufficient budget (nationally financed in middle-income countries and donor assisted in low-income countries) to provide meaningful protection. Universalists question targeting from the perspectives of human rights, or moral principles of equity, or from the practicalities of targeting and its costs, including political costs and costs to beneficiaries. Universalists believe that experience with targeting as a way to increase the efficiency of redistributive spending has been unsatisfactory, divisive, costly, and detrimental to efforts to increase the budget of social programs.

In contrast, proponents of targeting have a more optimistic assessment of targeting experience so far and are hopeful that modern technology will help to minimize the error, while improvement in governance will make targeting procedures more inclusive. Their pessimism concerns budgets, seeing both political and technical obstacles to budgets becoming sufficient to provide meaningful universal benefits. They note that countries are not coming from scratch into the selection of which scheme- universal or targeted to choose. Most of the time they have a legacy of universal subsidies, often on food that is supposedly open to everyone. The choice of targeting comes from dissatisfaction with the poor results of universal subsidies.

Facts about the evolution of accuracy of targeting in Armenia, Bangladesh, Brazil, China, Georgia, Indonesia, Mexico, Pakistan, Philippines, Romania, Tanzania (to name just a few well documented cases) show that performance can improve over time, reducing both the exclusion of the poor, and costs to beneficiaries and administrators. However, most of the existing poverty targeted programs do not cover more than one half of the poorest quintile.[1] Some notable exceptions are worth mentioning: Ecuador, Brazil, Mexico and Philippines cover over 50% of the poor by their poverty targeted Conditional Cash Transfer programs, China covers most of its urban poor by Di Bao, unconditional poverty targeted cash transfer. However, these countries are few and between and not among the poorest.

Why it is still worth considering targeting approaches

Universal program may seem significantly easier for administrators to implement.  They also may be less costly for the beneficiary. Having simple categories to determine eligibility (e.g. old or young age, or invalidity) prevents the potential stigma attached to the poverty-targeted benefits. Other possible conflicts caused by more complex selection criteria, are avoided. These are very valid practical considerations determining cost and benefits of targeted versus universal scheme. And such an assessment has to be empirical, based on actual country programs and data.

Significant innovation that is helping is technological solutions in the form of an electronic, periodically updated registry of potential beneficiaries that comprises everyone in the population who is currently poor or vulnerable to future poverty. Linking it to other databases (geospatial data, climatic data, land ownership, family status, housing cadaster), helps to make means tests less taxing and more accurate.  Many of these mechanisms are necessary for efficient delivery in both universal and targeted programs (IDs, registries, payments). In many cases, investments in targeted programs help to create the capacity to implement truly universal programs.   For example social registry in Philippines has started with an aim to cover 20 percent poorest households by 2012 to be included in the Conditional Cash Transfer Programs. In its most recent update in 2015 the Government has set an objective to include 15 mln households, or 75 percent of the population in the registry- with a view to increase the inclusion in the social protection system as a whole.[2]

Are budgets for universal programs more generous compared to targeted ones? There is no evidence that countries with universal programs have more sustainable and larger social assistance budgets. Political economy is a real challenge for both universal and targeted programs and claiming that one form is superior to other based on one specific model of a political process is not borne out by the historic evolution.  What is happening instead is the increase in means tested as a share of GDP and social benefits in OECD countries, related to the mitigation efforts during the recent crisis. A rather strong hint, it seems, that dire circumstances require more, not less targeting.

The budget constraint is indeed a very powerful argument for investing in better targeting.  Recent empirical work in Africa [3]demonstrated a stark contrast between universal and targeted programs in terms of their ability to reduce poverty within a given budget. In Ghana imperfectly targeted program with budget of 1 % of GDP will reduce poverty by 10%, universal social pension with the same budget – by just 1.5%. In Mozambique, these effects are even more evident: 43 % for imperfectly targeted scheme and 4% for universal; in Nigeria these are respectively 60% and 9%, and in Rwanda, 62% and 7%.  Targeted programs, with all their imperfections, are using public money more efficiently.

Africa: Public health, a question of political will

It may seem that from an ethical or human rights perspective, equity is better achieved with policies that treat every member of a society equally. However, equity doesn’t always mean universalism or equal doses of inputs. If you want people to be equally well, you have to give sick people more health inputs than healthy people.  If you want to all kids to graduate from primary school, or read at a minimum level, those with learning problems will need more help.  Experience shows that in general the neediest, most marginalized and most discriminated-against groups may have difficulty accessing universally provided programs.  No discrimination in access may also mean active search for the most marginalized and vulnerable.

For example, ILO’s World Social Security Report 2014/15 describes a success story of Argentina’s universal child allowance (Asignación universal por hijo)  In addition to the 4.3 million children already covered through the other schemes (contributory family allowance and income tax rebate), the scheme introduced in 2009 now provides benefits to 3.3 million more children, representing 29 per cent of all children under the age of 18. However, it is estimated that the scheme reaches just 70 per cent of children living in poverty. It is estimated that at least 10 percent of very poor children in the extreme need are not benefiting from the program. Even in a relatively high income country, several years of attempts to cover everyone eligible fail without a special targeted effort to include the most disadvantaged.

There are plenty of examples of poor and costly targeting, and empirical work that brings up these problems is extremely valuable. It is wrong to defend targeting as a universally good solution.  And same is true for universalism.

Universal access and targeted approaches are policies that are not in contradiction. The distinction between the approaches is not absolute. Even the European welfare states that have gone the furthest in universal provision of child allowances, education, old age and health insurance and have extensive minimum wage laws, have last resort needs-based programs that are tightly targeted (means tested).  The appropriate mix for each country depends on specific historic and political factors, and the real question for policy analy sts is how to advice the countries to do both types of programs better, how to design and implement a mix of coordinated and well harmonized universal and poverty-targeted policies and programs, which make up a social protection and labor system. And obviously the specific recommendations cannot be general, they are country specific and determined by their history. 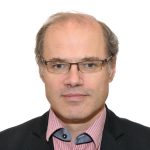 Lead Economist at The World Bank