Social Impact Bonds (SIBs) are a new financial product which aims to mobilise private financing for social public policies in the general interest, in particular for the implementation of prevention programmes for health, education and justice. To date, about a hundred SIBs have been set up around the world, most in the UK and USA, but also in emerging and developing countries. The term used in this case is Development Impact Bonds (DIBs).

Successful prevention programmes focusing on key social issues (health, education, reoffending rates, rehabilitation, etc.) can help the public sector to reduce costs (hospital care, special schools, prisons, etc.) by more than the cost of the preventive actions. Nevertheless, the results of such initiatives are unpredictable, and as such social programmes represent risky investments for the public sector. This means that potentially useful schemes are often abandoned for budgetary reasons. The aim of the SIB is to encourage the private sector to take on some of the risk associated with these programmes, by establishing a contract which sets out, on the one hand, the sums required from private investors to fund social-interest programmes, and, on the other, the quantified objectives of these programmes, thresholds above which the public sector will begin repaying the investors’ capital with interest.

The first SIB was launched in the United Kingdom in 2010. The pilot programme was a scheme to cut reoffending rates among inmates serving short sentences at HM Prison Peterborough. Upon release, offenders were provided with personalised follow-up care and support from various associations, helping them to find housing, employment and, where necessary, treatment for drug and alcohol dependency. The programme was scheduled to cost a total of 5 million GBP (5.5 million EUR), with the aim of reaching 3,000 people and cutting the reoffending rate by 7.5%. The scheme was funded by private investors, primarily for charitable reasons. These investors were to be reimbursed by the UK Ministry of Justice and the Big Lottery Fund. The programme ultimately achieved a 9% reduction in the reoffending rate, thus surpassing its initial target.

Building on this pilot scheme, over 110 SIBs had been launched, primarily in the UK and the USA, but also in the Netherlands, Australia, India and Peru, with a combined budget of over $400 million (USD). According to the report “Impact Bonds in Developing Countries” published by the think tank Brookings, around 25 SIB projects are currently in the planning phase in emerging and developing economies.

While the sums involved remain modest in the context of the financial markets, SIBs (originally funded by charities or social investment agencies) are now beginning to attract interest from the traditional banking sector. In France, a call for proposals was organised by the Ministry for the Economy and Finance between 16th March 2016 and 30th January 2017, with the aim of encouraging the development of this new financial tool. By the end of March 2017 around sixty proposals had been submitted. Several French banks and financial institutions expressed an interest in SIBs, including BNP Paribas, Caisse d’Epargne, the Caisse des Dépôts et Consignations (CDC), Crédit Coopératif and the AFD (French Development Agency).

A new type of financial risk which requires us to update our financial evaluation techniques.

Thus far, the development of the SIB sector has been highly variegated in terms of the investments made and their legal and financial structuring. SIBs are constructed on a case-by-case basis. Their legal and financial structuring is often the fruit of a compromise between the various stakeholders over the projects’ timescale and targets, the applicable legal framework and the nature of the investors and third-party backers. Contractually speaking, these investments may take the form of loans, bonds or even equity investments. However, regardless of their structuring, the nature of the financial risk associated with SIBs is tricky for financial institutions to fully comprehend, since analysing their level of credit risk is primarily a matter of assessing the operational capacity of a third party to deliver a specific result, rather than the counterparty’s ability to pay.

And yet, accurate assessment by banks of the financial risk associated with SIBs will be indispensable if this instrument is to continue to develop, helping not only to guide investment decisions but also to shore up accounting and regulatory management practices. Constructing robust, homogeneous evaluation techniques could be a catalyst for the growth of this market, and help SIBs to attract investors on a new scale. Evaluating the financial risk associated with SIBs is also a major priority for development banks, which are increasingly taking an interest in this instrument in the slightly adapted form of Development Impact Bonds (DIB).

Governments in developing nations often have trouble funding the operating and investment budgets required to maintain their social infrastructures (hospitals, schools, etc.). Development banks could step in as temporary third-party payers via loans to the national governments of the countries where the prevention programmes are needed, or provide guarantees for investors if the programmes should succeed, or even act as third-party payers in their own right if sufficient funding subsidies can be found. The development banks could also step in as senior or subordinate investors alongside traditional financial institutions, particularly in the initial launch phase for DIBs in the Global South.

Thus far, public sector agencies have mostly been involved as final payers, working alongside private foundations to stand in for local government organisations. SIBs risk shifts from a win-win model, whereby investors are repaid for the risk they bear and the third-party payer avoids the initial outlay, to an insurance system whereby public-sector backers guarantee that they will obtain a predefined level of impact for every euro spent.

The complexity of setting up this financial instrument and the remuneration expected by investors can seriously increase the cost of programmes for public sector agencies. It is therefore essential that public sector backers are able to precisely evaluate the value added by DIB programmes compared with the same programmes funded by direct subsidies.

There are two major operational advantages of SIB and DIB programmes over traditional subsidies. The first one is the flexibility afforded to the programme coordinators, allowing them to more easily make adjustments to the operating methodology in response to difficulties encountered in the implementation phase, if necessary and after consultation with the other stakeholders in the DIB (investors and third-party payers). The second advantage is the fact that they operate on a long timescale (3 to 8 years), allowing operators to develop long-term projects with beneficiaries.

The second major issue for public backers acting as third-party payers for DIB programmes is how best to assess the need for “insurance” against the risk that the programme will fail, and the additional costs involved. While pilot projects operating in difficult contexts may look like prime candidates for DIB funding, we must not lose sight of the fact that the corresponding risk and ROI must remain at a level deemed acceptable by private investors.

There are three types of social initiative which could be suitable for DIB opportunity assessment studies by public sector backers: innovative projects operating in stable environments, classic projects focusing on difficult environments (conflict or post-conflict situations, humanitarian crises, etc.) and projects of substantial size (>10-15 million dollars) which could allow for economies of scale on the legal and financial establishment costs associated with DIBs.

For further reading : A Question of Development No. 39 | How should we evaluate the financial risk associated with Social Impact Bonds? 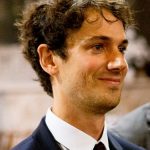