What was your initial objective when you launched Sénérgie?

How did you start?

Success of SME incubation in Senegal

Why did you choose Senegal?

In West Africa, the solar energy market is not as developed as in Eastern or Southern Africa. This is one of the reasons why we started in Senegal.

A Senegalese woman we worked with on a previous project told us about the solar energy potential in Senegal and, with a partner organization, we investigated this potential in the field. In Senegal, some five million people do not have access to electricity, mainly in rural areas. So, we went to the region of Thiès, the country’s third largest city, to give demonstrations at night in villages on how solar energy, lamps, phone chargers and radios work. We saw that what was on the market was mainly poor quality, with major problems of breakdowns and after-sales services.

The enthusiasm we met prompted us to go further. We started to buy high-quality equipment with lithium batteries, which last much longer. We wanted to provide a good service and build confidence in solar energy.

What about the financial side of your business which targets poor populations?

We are working with Caurie, a microfinance institution in Thiès, and we are testing mobile phone payments – a widespread means of payment in East Africa, but not yet in West Africa. If the tests are conclusive, the solar kit will be activated by an SMS code which we will send to customers when they make the payment. The payments can be spread out over 18 to 20 months, with a minimum monthly amount of FCFA 8,000 (EUR 12). Our after-sales service is designed to be efficient: a technician comes to repair the equipment. We have a local manager and three employees in Thiès.

Are you seeking to expand?

We want to raise capital in order to increase the size of our business and have a greater impact. We started on a small scale, which was a good strategy. We wanted to see whether it was feasible and viable.

We have sold 70 kits of equipment this year, with only one sales representative. Each solar kits serves a family of about 10 people. In the long term, we are thinking of having the kits assembled locally instead of importing them fully assembled. This would make it possible to better tailor them to market needs.

Do you make profits?

No, not yet. But we believe in our business model. It can generate a self-sufficient activity, which will subsequently be profitable if it grows.

Why did you set up a social company rather than an NGO?

In my view, social enterprises combine the strong points of NGOs and commercial companies. They are the future, if we want to achieve sustainable development, which is based on viable economic models and a stronger impact as these enterprises grow. Having said that, we have experienced certain limits, which prompt us to say that much more active support should be provided to social entrepreneurs in both the North and South.

In Senegal, as a company, we have not been entitled to the exemptions from customs duties which NGOs benefit from on imported equipment. We also do not have the same financing facilities as NGOs, because our project is too small to call on donors like the European Union (EU). You also need to know a great deal about bureaucratic procedures and have a certain degree of expertise to write a good proposal in order to receive financing. This is hardly possible for small projects.

However, we feel close to the world of NGOs in our rationale, as we are seeking to address challenges and provide solutions. Combining the two worlds of NGOs and enterprises has proven to be the most difficult thing.

What would be your recommendations to donors?

It is necessary to build knowledge creation in developing countries, which can conduct their R&D very efficiently if they have the means, and certainly with very creative solutions.

When we bring up issues relating to the circular economy, the objective should not be to restrict it to building one in Europe, at the risk of seeing this alternative leaving out entire continents, which often depend on raw materials exports. They must also be able to develop their products depending on their culture, their knowledge and their needs. One example, in Senegal, is that households want many lamps included in the solar kit, but this in not the case in Mozambique – just two lamps are sufficient.

Is the fact that you are young an obstacle?

“With MOOCs, we can certainly revolutionize access to knowledge in Africa” 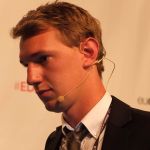