It is audible! Yes poverty and the ghetto still exist, yes racism is still alive, but these challenges cannot be overcome over night. How to get rid of it? Education of African youth is the only way to eradicate poverty. Giving money to the poor will not eradicate poverty.

Is that the reason why African youth is a central mission for Africa Rising, the foundation you co-founded?

Yes. Africa Rising Foundation has been for the past couple of years focusing on African youth empowerment through access to technology, to education, to career guidance. Education is the key. It is the most powerful tool to change the world. This is how you break down prejudice. This is how you fuel dreams of young people.

Our foundation is all about African youth. Our goal is to be a catalyst and to empower African youth. It is unfair that some young people have no access to education, that in my village some of them finish high school without touching a computer when kids in Japan and France use computer from the age of 4 years old. It creates a huge gap in society. So we try to give them tools. Last year, for example, we ran a computer program in the rural areas, in a partnership with Oracle, a software company. Our role is to give the tools to young people to heighten the level of pride and confidence in being an African, with an understanding of their history and their culture.

What are the priorities for African youth?

With recent inflation, it has become increasingly difficult for the poor to afford food. When I ask young people what does success mean to them, they answer: making money, working in an office and going to air-conditioned building. But they forget that the very land they walk on every day is the very same land that they can use to empower themselves through agriculture business, crops and livestock. We have to train them and to give them the skills. We launched a program, two years ago, called A Million Food Gardens for Mandela. We are promoting household farming and food security. We got corporations to buy tons of seeds which were then distributed to rural households.

The economy is the most pressing issue that we have right now in South Africa and in the continent of Africa. Then, we need to focus on the key industries in order of to realize our road to economic independence. Economically, we are not an independent nation. Who is making our cereals? our suits? our bus? American, Italian, French companies. We need to grow our own food, have our own watchmakers, suit makers, carmakers, housebuilders in Africa. Actually, we are giving money right back to the people who are running the system. Africans need to be the ones to create their own products and services. We need Africans companies. It is up to us to make sure that we become the principal beneficiaries of the development that is taking place in Africa, not the multinational corporations that exist.

In your book, it is mentioned you want to train “100 Mandela”, what does it mean?

We want to see a hundred Mandela in the coming years. We want to inspire young people to lead in the spirit of Nelson Mandela. Mandela is a man with vision, integrity, perseverance, resilience, discipline, humility and huge value of public service. A leader lead not because he or she is the best but because he or she works to serve the community.

We want to create a model that can be replicated because the whole world needs leaders like Nelson Mandela, not only South Africa. We are actually raising money. We want to partner with universities, technology companies and to build a digital platform which would allow young people in remote areas to actually apply using a mobile phone. The program will be launched this year. We want to select ten young people and work with them in South Africa by 2020.

Is your name a good lever to get support?

Yes of course. It opens doors. But of course, when I open a door I need to come up with something magnificent. It’s an advantage and a disadvantage at the same time, but I believe it has more positive than negative impacts. I have a lot of pressure because people want me to follow in the footsteps of Nelson Mandela. This is my obligation and this is my responsibility.

Which change do you personally want to see during your life?

I want to see the unification of Africa. I want to see more African trade amongst African states. I want to see the eradication of the visa system in Africa. I have realized that the most powerful nations in Africa are Nigeria and South Africa. The two countries unite culturally, diplomatically, economically, the process of uniting the African continent will begin. Culturally, we have already began to come together with music and sports, two universal language, the most powerful tools you can use to unite people.

Regional integration: How to measure the commitment of African States?

What are the misconceptions you want to break down?

Africa is a place of war, poverty, disease, dictators. The only positive thing is safaris. That is what Europeans think, let’s be honest. We must encourage the whole world to come to Africa. You want to invest? You want to make money? Come to Africa, the top five growing economies in the world are in Africa!

Do you think the Truth and Reconciliation Commission had been as far as it should?

The Truth and Reconciliation Commission tried to bring together two opposite sides, the perpetrators and the victims of apartheid, and to organize a process called “reconstructive justice”. They gave perpetrators amnesty in exchange for their complete confessions and revelations on atrocities. A lot of people criticized and said it did not have any effect on the society. Actually, I think that in the process of trying to get South African people on the way to peace and stability, being able to make us come to the table and discuss is an essential first step. 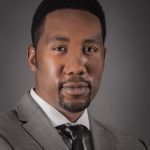