Lecturer in Law at SciencesPo Rennes and Co-Director of the Risk Centre, MRSH Caen

Climate change increases social and economic inequalities. In the medium-term, it is expected to accelerate and intensify, affecting future generations. Could the concept of the rights of future generations help protect humanity from ecocide and create fairer societies? Émilie Gaillard advocates for the transformation of law, both internationally and nationally, to include the legal protection of the future.

What are the rights of future generations?

The rights of future generations can be divided into two main categories: environmental rights (sustainable development) and bioethical rights (protection of the human condition). The very idea of future generations is intrinsically linked to that of sustainability. It implies extending the timeframe of law to include the long-term protection of populations and species.

Yet this is not entirely new–the concept of future generations has existed in essence since 1945 within the concepts of crimes against humanity and the common heritage of humanity. A particularly interesting connection was made in 1972, with the integration of human and environmental rights in the Stockholm Declaration. The concept of future generations then emerged explicitly with the formal expression of the sustainable development goal, particularly since the Rio Conference in 1992. These two events made it possible to begin reflection on sustainable development that does not compromise the capacity of future generations to meet their needs. Various transformation processes were then established. With the new precautionary principle, we evolved from punitive law, which punishes after the fact, to anticipatory law, aimed at preventing health and environmental disasters. From 2000 to 2015, the principle of precaution, the rights to a healthy environment and to human protection in the context of scientific progress, which were hitherto unrecognized, were institutionalized by various international conventions. Although the legal principles have been consolidated, they often remain within “soft law” frameworks: the majority of legislative texts validate agreements in principle with recommendations that do not establish legally binding obligations.

Since 2015, we have witnessed a new wave of developments in the rights of future generations forming a groundswell–numerous cases are currently being brought to court on behalf of future generations. In the United States, thousands of climate-related court cases have emerged to protect the future environment. In 2018, the birth of genetically modified twins Lulu et Nana raised historically unprecedented questions on the necessity of protecting the human condition. This type of birth violates the dignity of children and that of the human race. Certain types of scientific research clearly raise legal issues that form civilization choices.

Do the rights of future generations challenge us to rethink concepts of growth and development?

They certainly question the idea of development as it was previously understood. There is no true development unless it is sustainable, maintaining the balance of our planet, living things and life in general. Major environmental crimes cast a new light on the world view of indigenous peoples, long perceived as underdeveloped. Yet they are the most successful in taking account of respect for nature and the environment. The rights of future generations represent a driving force to lead our societies towards long-term respect for living things. The bond with non-human living things has been broken in Western societies. The recent example of cannulated cows clearly demonstrates this. This breakdown is linked to the principle of growth at the heart of the capitalist system. The concept of growth based on infinite resources must be revised through the prism of sustainability. The practices of indigenous peoples can inspire us in the search to restore this bond with living things and to regain respect for the future.

What is the social and economic scope of the rights of future generations?

It is a new systemic humanism that leads to greater solidarity, both in the present and beyond traditional spatial and temporal barriers. It implies revising the social contract. In the current era of globalization, it must become a civilization contract integrating an extension of time and species. It also implies improving the fight against poverty today on behalf of future generations. Jurist Mireille Delmas-Marty calls for a paradigm shift, a move from “solitary States to solidary States”. The rights of future generations help us collectively face atypical global challenges that transcend time. This concept is necessary to civilization.

How can the rights of future generations be implemented by States?

We can extend the scope of human rights and adopt the concept of humankind rights, which includes the need for an ecologically sustainable environment for the survival of all living species. This right is currently included in the national constitutions of over 120 of the 193 United Nations Member States through the sustainable development goal and the right to a healthy environment. To ensure this right is upheld on an international scale, a World Environment Organization could be created, similar to the World Health Organization. Corinne Lepage has introduced a proposal for a Declaration of Humankind Rights and Duties that establishes the rights of future generations. This Declaration is in the process of being ratified by civil society, lawyers and cities across the world.

We must also deal with our current era. By way of illustration, just before the International Monsanto Tribunal hearings were held in 2016, the prosecuting attorney released a paper revealing that the international criminal court was considering prosecution for cases of ecocide or land grabbing based on the principle of crimes against humanity. The message being sent is historical and powerful. If such a case were heard, it would be the first aimed directly at ensuring the rights of future generations by means of criminal law.

You were part of the organizing committee for the International Monsanto Tribunal in The Hague in 2016-2017, which concluded that ecocide must be included in international law. What headway has been made since then?

Thinkers and scholars have done important work. Members of civil society have carried out advocacy work. As a result, a collective awareness of this subject is rising. Social media are contributing to this environmental awareness by sharing images that were not previously seen, such as those depicting plastic pollution in the ocean. These images make the narrative advocating moderation more acceptable. For the first time, Interpol recently issued a red notice to locate environmental fugitives wanted for poaching. This environmental awareness must be translated into action: if we maintain the paradigm of growth, the endless quest for profit will take priority and cases of ecocide will persist. There is an urgent need to mobilize citizens and States to act with solidarity with one another and with future generations. 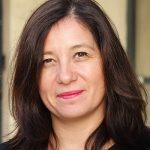 Lecturer in Law at SciencesPo Rennes and Co-Director of the Risk Centre, MRSH Caen