Firstly, France is going to increase its share of development assistance by EUR 6bn by 2022. An additional EUR 1 billion will be already be committed in the 2019 budget. This increase should materialize in an increase in the scale and number of operations to support populations, in particular in Africa. In his speech during the Conference of Ambassadors on 27 August 2018, the French President confirmed this increase. At the same time, he specified that an “ambitious evaluation policy will be implemented to monitor the outcomes of this aid in complete transparency and extensive reorganizations will be conducted around Agence Française de Développement”.

Secondly, Agence Française de Développement (AFD) released its Strategic Orientation Plan for 2018-2020 and announced its aim of positioning itself as a learning organization. The ambition announced is that “to increase the added value of its operations, AFD Group will also draw on knowledge production”. On the basis of financing or conducting studies and research, AFD says that it wishes to ensure that this multitude of knowledge supports the “strategic dialogue on public policies”. Indeed, research evidence is crucial to promoting the policy dialogue.

It is time to link evaluations and operations

While these two announcements are good news, it may be worthwhile taking some distance. Indeed, one could talk at length about the fact that despite this increase, the level of aid still falls far short of France’s international commitments. But it is a step in the right direction which should be acknowledged. Similarly, the need for more evaluations is crucial. These evaluations should especially be more rigorous – which does not only mean more experimental – more holistic – and not only focus on effectiveness or only take OECD criteria into account – and more independent – i.e. conducted by research teams independent of donors and stakeholders.

But these two news announcements draw attention to a subject which is still not sufficiently addressed in France and in the development community in general: the use of the results of evaluations and research. This obviously does not mean diverting research and evaluation to appropriate them and put them solely at the service of “developers”. The aim is indeed to question the way in which our research and evaluations inform development actors and donors in order to improve interventions.

Use of the results of evaluations and research for development

The field of the science of using science is relatively recent, but we are quite aware of the fact that linear and ad hoc processes do not work. For example, organizing a simple workshop at the end of an evaluation to present its results to decision-makers very seldom allows their use. The time when researchers dictated to actors in the field what had to be done is over. But the time when actors in the field defined the content of their activities without taking into account what scientists said about them also needs to be a thing of the past. Interactive, iterative and interpretative processes (Blake & Ottoson, 2009) need to be developed.

But these complex processes need to be financed and implemented by actors wishing to engage in activities that will allow researchers, stakeholders, funders and decision-makers to work together. Yet in the two major news announcements mentioned earlier, the mobilization and transfer of knowledge are not sufficiently emphasized. The theory of two communities put forward by Caplan in the late 1970s is still too often applied in France and confirms that the distance is too great between researchers and project managers. In the field of development assistance, donors are a third actor who is just as distanced.

Researchers are still given little incentive to launch research whose results will be useful to stakeholders and they are increasingly weighed down by administrative tasks. In France, evaluation is often perceived as expertise and not science. It is often denigrated by academia and those who want to engage in it are isolated. The career development and appraisal methods for researchers also do not encourage this practice whereby it is often necessary to build operational recommendations with actors. Stakeholders often see researchers as pure theoreticians far from the fields of action who do not want to make a social commitment. Consequently, they rarely take time to study the available knowledge when they define an operation. In addition, when they take the time to look for it and find it, this knowledge is sometimes not readily accessible (and actionable) and they do not always have the abilities to judge its quality in order to make a decision. Decision-makers and aid donors sometimes have to make do with political announcements and finance irrelevant operations. Other times, they are reluctant to finance independent research on the operations they finance or want at all costs to have control over what will be said about them. This context and these incentives which do little to foster the use of knowledge for these groups of actors could be looked at in more depth, without passing the buck to anyone in particular. One thing is for sure: it is certainly time to more widely deploy knowledge transfer operations.

OCP Policy Center: the development of Africa in perspective

Knowledge brokering: an operation to be deployed and tested

There is a promising function to promote the use of the results of research and evaluation: knowledge brokering. This function can be delegated to a person or organization. Its role is to create a bridge between three groups of actors (researchers, implementors and decision-makers) to ensure that operations are systematically based not only on their adaptation to the context and experiential knowledge, but also on research and evaluation data in order to enhance their effectiveness for populations. If certain operations are more effective than others, it is certainly because it has been possible to define their activities thanks to the available knowledge on the subject and they have been adapted to the context of their implementation by mobilizing actors and populations. For this to happen, these three types of actors need to know each other, win over each other, speak to each other, influence each other and respect each other, and all this to participate in a group that is conducive to change.

As the organizational cultures of these groups are sometimes very different, knowledge brokering can be an interesting operation to create this synergy and this bridge which are conducive to the use of the results of research and evaluation. Esther McSween-Cadieux from the University of Montreal is completing her Ph.D. thesis during which she has analyzed a knowledge brokering operation, which we have tested with Christian Dagenais and national partners in Burkina Faso. This research has made it possible to propose a list of brokering activities, but also of the competencies the person conducting them will need (see organizational framework). The new Minister of Health of Burkina Faso has just set up a knowledge management and transfer unit reporting directly to his office. The future will tell us whether this innovation was strategic and if it has made interventions more effective and more equitable. The fact remains that we should commend this ambition which is all too rare in the development community.

I believe that it is extremely important to continue to deploy more research and more interventions in the field of development. But I am also convinced that it is necessary – as research tells us – to organize and evaluate even more knowledge transfer operations. Knowledge brokering is only one of the possible options, but it warrants more experimentation. 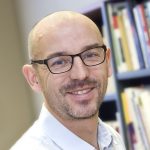