International remittances are financial flows between countries, made up of personal transfers and compensations of employees. Personal transfers are cash or in-kind transfers between residents and non-residents of a country (regardless of the source of income of the sender, and of the relation between the receiving and sending households). Compensation of employees include the income of temporary migrant workers (crossborder, seasonal and short-term workers) employed in an economy of which they are not residents, and that of the residents employed in nonresident entities (embassies, international organizations or companies).

Monitoring international remittances is essential for international development: at the macro-level, remittances tend to support economic growth and reduce its volatility, while providing non-debt creating external financing in the form of hard currency inflows. At the micro-level, they strengthen the financial resilience of households and communities, through relatively stable added income, and contribute to physical and human capital development and poverty reduction.

In some instances, crisis-hit communities benefit from a surge in remittances. For example, Nepal had seen a significant increase in remittance inflows in the aftermath of the 2015 earthquake and a flooding disaster in the southern Indian state of Kerala is thought to have boosted remittances to India in 2018.

“Development is a factor in mobility and migration.”

Remittance inflows’ impact on communities depend on their utilization: if they are invested in capital or physical investments, long-term benefits are more likely than if they are spent on consumption items and specifically imported goods. In addition, several countries are both large recipients (inflows) of remittances and large senders (outflows) of them. When net remittances (inflows – outflows) turn negative, they can add to macro fragilities.

South Asia is the largest recipient of remittances in the world

International remittances are important for most developing countries. This is particularly true for South Asia (Afghanistan, Bangladesh, Bhutan, India, the Maldives, Nepal, Pakistan, Sri Lanka), the region that receives the most remittances in the world as a share of gross domestic product (GDP). In volume terms, a little more than one-fifth of global remittances were destined to South Asian countries between 2015 and 2019 – with India, the largest recipient in the world, receiving close to USD 360 bn over the period.

Nepal has the largest remittance inflow as a share of GDP in the region, and the fifth in the world (1/3 of GDP between 2015-2019). Sri Lanka (8.3% of GDP), Pakistan (7.1%) and Bangladesh (6.2%) follow, while India (2.9%), Bhutan (1.8%) and the Maldives (0.1%) bring up the rear. In Bhutan and the Maldives, inflows tend to be smaller than outflows, with net remittances in these two countries amounted to -0.6% of GDP and -9.5% of GDP, respectively, over 2015-2019. The demographic profiles of both countries explain why net remittances are negative: the Maldives (530,000) and Bhutan (760,000) have very small populations (Sri Lanka, the third smallest country in South Asia has a population of 21.8 million), with labor shortages filled by migrant workers. As a result, immigrants make up a significant proportion of these two countries’ populations (26% in the Maldives, and 7% in Bhutan, in 2015), and the volume of money that they send back home is greater than the inflows received from the small Maldivian and Bhutanese diasporas.

Two-thirds of South Asian remittances come from the Gulf

More than half of remittances flowing to South Asia (59%) come from Gulf Cooperation Council (GCC) countries (Bahrein, Kuwait, Oman, Qatar, Saudi Arabia and United Arab Emirates). The US (12%), members of the Commonwealth – especially the UK (6%), Canada (3%) and Australia (2%) – and the European Union (4%) are other important contributors. So are intra-regional transfers: close to one-tenth of remittance inflows to South Asian countries originate from other countries in the region, including 5% from India.

The volume of remittance inflows from a given country tends to be correlated to the number of migrants present in the hosting country. GCC countries indeed host the bulk of South Asian migrants, having emerged as the primary destination since the 1970s oil boom. According to the UNDESA latest estimates (2019), South Asians represent 60% of the 30 million migrants living in the GCC countries, thereby making up 31% of their population. Human rights organizations have expressed concerns around the situation of migrants in the GCC countries for a while, the kafala (sponsorship) system, predominant in the region, deemed to put them in a high level of dependency towards their employer and in a situation of power imbalance.

Remittance inflows are growing despite Covid-19

Defying early forecasts that predicted their fall – and a slump in the second quarter of 2020 – remittance inflows increased in 2020 in all of South Asia but the Maldives and India. This occurred despite the Covid-19 crisis hitting economic activity in most migrant hosting countries. This seeming paradox can be explained:

Second explanation: Some South Asian countries also saw migrant workers who lost their jobs abroad return home with their savings, thus increasing short-term inflows – with the risk that medium or long-term inflows might decrease. This is particularly worrying given that the impact of the crisis on the GCC countries’ job market is set to last: the region’s governments have been striving to decrease their dependency on migrant workers by making efforts to nationalize their workforce since the early 2000s. Comparatively, migrants in OECD countries might be less at risk of losing, if not their jobs, their working permits, due to the protective measures instated there. Nonetheless, it appears that though unemployment rates increased for both natives and immigrants in OECD countries, the latter were hit harder.

Third explanation: Finally, in Pakistan and Bangladesh more specifically, some of the surge in remittances recorded during 2020 could be attributed to the “Haj effect”, in reference to Pakistani and Bangladeshi migrants sending home the money they would have otherwise used to finance a pilgrimage to Mecca, had they been able to travel.

International remittances are of critical importance for most South Asian countries’ development. The current crisis has highlighted the vulnerability of migrant workers, some of which having faced travel restrictions, visa delivery changes, mass layoffs, forced repatriation and unpaid labor. While these measures have, in most cases, not dented the growth cycle of remittance inflows to South Asia for now, questions arise for the (near) future: can the volumes of hard currency sent home by migrant workers continue to grow if economic conditions in host countries remain stressed? Will returning migrant workers emigrate once again if global macroeconomic conditions improve? If so, will they find similar work opportunities, in the same countries? If not, what would be the repercussions for South Asia?

Waiting to see how the pandemic will continue to unfold is the easy answer to these questions. It will prove more challenging to address the structural issues in South Asian development models that create a dependence on migrant remittances, and to reform the global financial architecture to better channel financial flows to countries that need them. The difficult road is however more likely to pave the way for a more sustained future.

Informed and responsible narratives on migration, a common cause 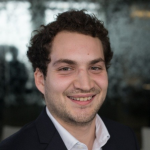 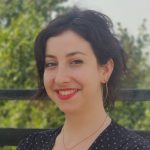