The issues of good governance and economic choices are closely intertwined, points out Makhtar Diop, World Bank Vice President for the Africa Region and former Minister of Economy and Finance in Senegal. In this position, in 2016, he supervised the allocation of USD 9.4bn of development assistance to Africa. The objectives include strengthening food security and agricultural productivity and improving access to renewable energy sources. He outlines the major thrusts of future development assistance policies, in a context of economic growth in Africa, which certainly holds strong potential, but continues to pose difficult challenges. In his opinion, the most pressing need, more than ever, is to create employment and make growth more inclusive.

What do you make of the growth differential between Africa’s English-speaking and French-speaking countries?

It seems to me that this division between the main linguistic areas is mainly an old myth. It does not stand up to the analysis of the latest data in our possession. A large English-speaking country, Nigeria, entered into recession in 2016 and there are also French-speaking countries among the countries with high growth rates, such as Côte d’Ivoire, Senegal and the Democratic Republic of Congo (DRC) – even if this country remains fragile.

Africa’s three powerhouses, South Africa, Nigeria and Angola, are in recession or stagnating. Does this jeopardize hopes for Africa’s development?

No, it doesn’t. It means that transition periods need to be managed, by taking the necessary measures to diversify sources of growth and budgetary revenues, which are largely dependent on oil-related resources for Angola and Nigeria.

This diversification will reduce the impact of food imports on the balance of payments, as well as unemployment, because we all know that economies focused on the highly capital-intensive oil and mining sectors do not create employment… These are the challenges on which we work hard with the countries in question.

Do we see the urgent need to take measures to ensure that the entire generation of young people, which is growing in Africa, does not head for disaster?

This is a core issue in all the development policies of our client countries. It involves tailoring education to the productive sector. Only 20% of graduate students from universities in Africa work in engineering, technology or maths. There is also a need to improve access to credit for young entrepreneurs, and make the business environment much more attractive.

Foreign direct investors often come to mind when we bring up issues concerning the business climate. In fact, African SMEs have huge problems in terms of administrative procedures.

We need to work on these issues in order to generate stronger growth in Africa, without losing sight of three other important points in the primary sector, which employs a lot of people: access to land, the reduction in the risks of rainfed agriculture, and the increase in irrigated areas.

Should Rwanda be viewed as a model for development in Africa?

Generally speaking, I do not believe in models. Each country has its own history, its specificities, and tries to adapt its institutions to its own reality. Rwanda has experienced enormous difficulties and has managed to achieve extremely impressive results, which must be commended. Lessons need to be learned from this country in several respects: the administration’s effectiveness, an extremely clear discipline in the implementation of objectives, determination to stay the course, which allows long-term investments.

It is above all necessary to fully understand one’s society, in order to have a sound social contract based on intergenerational measures, which are crucial to development. For populations to accept them today, with the idea that they may pay off tomorrow, they need to have confidence in the future. It is for this reason that it is necessary to reduce political and social uncertainties and implement redistributive and inclusive policies, so that the future generations reap the benefits from this.

Should we refer to governance rather than the economy in Africa?

The two form a whole. Not having good governance can hinder growth. If semi-public companies or electricity distributors are not well managed, for example, it will never be possible to meet social demand in our countries. Conversely, having good governance without growth may create tensions and frustrations.

We need to work on both fronts. Beyond increasing per capita income, we can have greater expectations from institutions, which improve inclusion, in order to establish social rights that are likely to be complied with.

What is your response to the criticisms – there are many in Africa – against the World Bank?

My response is very simple. Imagine that we closed the World Bank. Would all the problems disappear? The real issue lies in discussing solutions. When we are pragmatic, there is much more common ground than we think. It seems to me that those who want to shackle us with these debates are marked by ideology.

The World Bank has made mistakes, which it has recognized. Countries have also made many mistakes, and we move forward in a pragmatic fashion. In 2016, if we are still, in certain circles, talking about mistakes made 20 or 30 years ago, we will not get anywhere… This discourse is obsolete today.

We should also not forget that in the past, in certain countries, we had a very powerful trade director, who had the power to say that we had to import such and such a product, and allocated quotas to such and such a trader. Structural adjustments have put an end to this heavy constraint. Similarly, development banks used to allocate loans to carefully selected businessmen, who did not necessarily repay them. As Minister of Finance in Senegal, I came across bad debts and repayments which had been going on for years. Banks were badly managed and had a number of bad debt portfolios and outstanding amounts, which were not brought about by structural adjustments.

Indeed, both donors and the leaders of the countries in question are responsible. The judges are the populations.

Is the “Millennials” generation, which came about at the turn of the 21st century, radically different?

Yes, it is indeed. Even the concept of diaspora has changed. People like me, who have studied in France, then think about settling somewhere for the rest of their lives, for 20 or 30 years. In contrast, young people who launch start-ups in Nigeria, for example, do not feel cut off from their previous experiences and stay in touch with their friends in the USA or UK, if they have studied or lived there. In addition, if there are no good opportunities in Nigeria, there is nothing to stop them from taking a plane in order to try their luck elsewhere.

It is a very different way of thinking. Our generation was used to reading the newspaper. News now gets around fast with twitter and the social networks. To my mind, the digital revolution can be felt in the sphere of work. 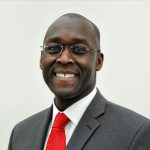