The Belgian-Rwandan researcher Olivia Rutazibwa, senior lecturer in International Development and European Studies at the University of Portsmouth (Great Britain), is a proponent of heterodox thinking. She offers a critical analysis of the growth theories and the current capitalist model, reminding us how deeply it is ingrained in colonial history. ID4D met her at the second edition of the Thinking Workshops (“Ateliers de la pensée”) held in Dakar in November 2017.

What did you find most interesting in the 2017 Thinking Workshops?

Last year, during the first edition, I remember thinking: this is something that we need. When I say ‘we’, I refer to “we Africans”, including the African diaspora. In my work, I try to underline the fact that the majority of people considered ‘experts’ on Africa are too often not from the continent. The white Western mind has historically been telling us what Africa is. What do we do now? Somehow, we have to move beyond just protesting against this situation towards (re)discovery and creating access to alternatives.

What are the alternatives ?

Who has the power to produce knowledge on Africa and for what reason? There is an absolute under-representation of people linked to the continent in fields such as African studies. This is not only the case in academia. I used to work as a journalist in Flanders, Belgium, and I was the only African at that time. Imagine for a moment that all the knowledge on Europe were produced for instance by Chinese with no European language skills, with a very tiny European minority being considered as expert on its own continent. I do not mean to deny anyone the right to speak of any place, but let’s look at the global picture, and we see it is still a post-colonial issue. I myself am a Belgo-Rwandan citizen and I refuse to be seen as the ‘Rwanda expert’. I do not speak Kinyarwanda and I do not live in Kigali.

How do you translate this when it comes to economic policies?

Knowledge and the fact that valuable voices have been silenced are a first challenge. We have to be conscious of the people who are not around the table to tell the story. In that sense, it is not sufficient to have new names or more black faces: we need to connect on a deeper ontological level to the way we understand reality. It’s not just about Africa. Many things we take for granted are based on mythology, leaving a huge amount of fuller or alternative stories untold. The Eurocentric vision of the world presents itself as the only universal image of the world. In that sense, development issues are important: it is not a story of good intentions or bad people, but of colonial power and how it is maintained.

[display_quote quote=”The purpose is not to put the blame on the West or make it feel guilty, but if you look at the systematic violence of the colonial enterprise, you can then see our ways of thinking today and how they are a way to reproduce this.”][/display_quote]

Economic issues such as global poverty and wealth are often chopped up into pieces as if they were not linked to each other. The development history does not start in 1949 when the American President Truman declares that America must make an effort for the world. Instead, I make my students read Aimé Césaire. We can’t talk about development without telling the story of slavery and colonialism when groups of people were systematically dehumanised. The purpose is not to put the blame on the West or make it feel guilty, but if you look at the systematic violence of the colonial enterprise, you can then see our ways of thinking today and how they are a way to reproduce this. The colonial mindset is still there, even in the absence of bad intentions: it was there in the missionaries who went with good intentions, and it is still there with the NGOs acting on development issues. Thinking about the future leads you to take a closer look at the capitalist system: the trade system is not disconnected from war and fiscal violence for instance. Our system is not only presented as the only possible one, but it is also a damaging one.

The classic economic theories presenting GDP growth as the only way to create prosperity are problematic. We need to understand that the model we – in Africa – try to copy was based on oppression and rights violation of the majority of the peoples on Earth as well as the steady destruction of the planet itself. The system was never thought for the whole planet but for a tiny minority.

Who is currently thinking this way?

The Indian writer Pankaj Mishra wrote in The Guardian a text on “How colonial violence came home, the ugly truth of the First World War”. This article illustrates what we try to teach differently at university. It reminds us that concentration camps were first set up by the British rule in South Africa, and that the killing of millions happened before World War I in the Congo Basin.

In the same line of thought, we cannot see the creation of the United Nations or of the European Union as nations wanting to have global peace: these structures were set up when they were still part of a global system of violence, hitting people who were not considered as fully human. Often, people think of racism as an individual behaviour or opinion. In fact, racist ideas were developed for enslavement to be possible. There is a reason for their persistence. They still fulfill a system where a black person dying in the Mediterranean Sea is seen as less important than a white one dying in the same sea.

You said that in international development studies, we often locate the problems in the ‘studied countries’, where corruption is seen as a strictly internal issue, country-owned. Can you elaborate on this?

A Nigerian PhD student I had was working on human rights based approaches to development in Nigeria, and telling me he’s seen so much corruption in Nigerian politics. I replied that if we cannot explain the origins of corruption, if we fail to shift the starting point of the story, then we do not see why you have a country or a continent full of corrupt people. Without further explanation, this would amount to a racist argument.

I did research on external aid in Somaliland, where a lot of the aid is in kind or through projects. In an interview, the Minister of Planning compared this type of aid to the passing of an ice cream cone. By the time it reaches its destination, it’s already melted. 70% or 80% of the aid budgets get stuck sustaining the aid industry itself – paying international aid workers’ wages and logistics.

We could very well expand the definition of corruption and say that in this sense, the international development industry is a deeply corrupt system: it makes a lot of people rich, exacerbating the inequality it was supposed to fight. This is not about intentions or emotions. Let’s look at the consequences, rather. The United Nations was set up towards a better world. Yet the powerful nations can still choose to give or not to give. That is why the aid system is part of coloniality, as it consolidates their power rather than reshuffling it.

What can you do at your own level to change things?

At my micro level, it’s all about having the courage to teach development differently. We should probably get rid of departments of International Development Studies. Every year my new students say they choose that field because they want to help the world. If we take this seriously, at some point, we need to have departments of Global Justice, of Global Solidarity, where the Development industry is studied as a colonial problem and think with the students about alternatives. University is a tiny place where the mindset can start to change, but not in a cynical way. How do we stop just denouncing how bad things are? What knowledge do we produce? There is a lot of confidence building needed for all of us, just to break away from copy-and-paste patterns. 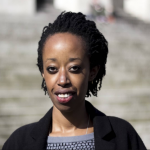