The main lesson from this crisis has been the inability of health systems to deal with and control the spread of the epidemic. This inability brought to mind a well-known situation: the weakness of health systems in West Africa. Indeed, well before this crisis, access to health services, drinking water and safe sanitation facilities was insufficient, and the health statistics of the three countries among the most alarming in the world. The poorest populations, who were the most severely affected by the virus, had extremely limited access to healthcare.

This observation needs to be acted upon: react by going back on years of health systems being neglected, which have had serious consequences on the health condition of populations, and react by making long-term investments to build resilient health systems.

The Ebola crisis has highlighted the precarious state of health structures in these three countries. To strengthen them, it is absolutely essential for national governments, with support from international donors, to invest in infrastructure that is accessible and suited to the needs of the population, particularly rural populations who are the most isolated from health structures, and guarantee an appropriate number of trained and motivated health workers, particularly non-clinical workers and community workers. It will be necessary to reach the most isolated populations and restore trust in the health system, which has suffered during the crisis.

The lack of effective vaccines and drugs largely exacerbated the outbreak. Lessons must be learned in order to make treatments available and affordable. As Margaret Chan pointed out, “A profit-driven [pharmaceutical] industry does not invest in products for markets that cannot pay”.[i] The existing research system does not serve the interests of public health well because it relies on market incentives that skew the R&D agenda in favor of products that maximize profits for pharmaceutical companies. These companies are granted monopolies on products through intellectual property (IP) rules which enable them to set prices for new ones. The “post-Ebola” period must serve to implement a binding research and development treaty, at the initiative of the United Nations, that promotes public and innovative financing for priority public health needs and unlinks funding from the end price of medical products.

Finally, the epidemic could have been avoided with an effective information and surveillance system. Information systems are essential public health structures that provide the data required for planning, the allocation of resources, as well as for the surveillance and evaluation of health policies and programs. They depend on data collection and, once again, it will involve restoring trust and improving cooperation with communities.

All these recommendations require political will, expertise, but especially financing. Where is it to be found?

In West Africa, health has been neglected and chronically underfunded for several decades. Neither Sierra Leone nor Guinea have achieved the objective adopted during the Abuja conference to allocate at least 15% of the public budget to health, with only 6.8% for Guinea and 12.3% in Sierra Leone in 2012. In Liberia, where the objective had been achieved in 2012 thanks to a considerable political effort for health, the minimum threshold required to ensure universal access to primary healthcare was far from being achieved.

This public disinvestment can be partly attributed to the policies of international donors, particularly the World Bank and International Monetary Fund, which had imposed structural adjustment policies in the 1980s. These policies advocated for a drastic reduction in public expenditure and State withdrawal from social sectors, in particular the health sector.

Major and long-term investment will be the only way to guarantee resilient health systems and access to health for all. According to Oxfam’s calculations, the annual funding gap that must be covered in order to achieve universal access to primary healthcare (based on the figure of USD 86 per capita) is approximately USD 419m for Sierra Leone, USD 279m for Liberia and USD 882m for Guinea.[ii]

On 10 July 2015, the three most affected countries, donor countries and United Nations institutions gathered to map out together the post-Ebola “road towards recovery”. The financial pledges made at this conference send out an encouraging signal to the three countries most affected by the Ebola virus: a pledge of over USD 3.25bn, including a EUR 450m contribution from the European Commission and EUR 150m from France. Official Development Assistance will play a crucial role in the reconstruction of States. This conference must not repeat the same mistakes of previous conferences for reconstruction, where once media attention has fallen off, a large proportion of the pledged funds has never been paid to the countries. For example, following the earthquake in Haiti in 2010, 11 out of the 47 donor countries have never disbursed the pledged funds and over 10 have only paid half the amount.

The “post-Ebola” period must be an opportunity to build a sustainable and fair financing system for health. As is the case with many developing countries, the 3 countries only reach a maximum of 15- 20% tax-to-GDP ratio, compared to an average of 34% for OECD countries.[iii]  Tax avoidance by large companies, and the tax breaks they receive from governments are costing developing countries around USD 100bn a year. In 2012, the tax incentives awarded to six foreign companies in Sierra Leone were estimated at eight times the amount of the national health budget.[vi] Financing from taxation, by mobilizing domestic resources, is the most equitable and sustainable system for fairly raising and distributing funding for healthcare for the whole population. It will make it possible to put an end to out-of-pocket payments, a method that penalizes the poorest.

It is essential to establish high quality and equitable health systems in order to avoid new human disasters. To achieve this, national governments must re-prioritizing investment in Health. For post-Ebola recovery, would not the road towards be the universal health coverage?

[i] The Independent (2015), “WHO chief: Ebola vaccine was never developed ‘because it only affected poor African countries’” 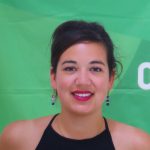