Following substantial progress in contributing to achieving the Millennium Development Goals (MDGs) between 2000 and 2010, the “Arab Spring” has been synonymous with significant declines in human development indicators in a number of Arab countries. Iraq, Libya, Syria, Egypt, Yemen, as well as Tunisia and Bahrain: they have all experienced development reversals since 2011. The decline sets some countries, such as Syria, back several decades.

Why the “Arab Spring”?

Political, geostrategic and ideological factors played a significant role in triggering the Arab Spring and continue to influence its ups and downs. But the main causes of its historic upheavals are internal. One of the reasons is the demographic wave of youth brought about by the Arab “baby boom” generation reaching working age. This wave has become a “tsunami” due to the acceleration of the rural exodus in recent years, which has emptied rural areas and further overcrowded suburbs and medium-sized cities. In this environment, employment is scarce, especially for young people and women. For example, unemployment rates for women sometimes reach 50%, while the participation of women in the workforce is the lowest in the world at about 20%. The situation was such that even in non-authoritarian countries, this “tsunami of youth” was bound to transform society.

Prior to these protest movements, the capacities of governments to provide decent public services, particularly for education and higher education, were overwhelmed by the number of baby boomers and their needs. This is especially due the fact that since the 1990s, all Arab countries had adopted structural adjustment policies under the auspices of international financial institutions and because there has been a significant decrease in Official Development Assistance, even from Gulf countries.

The rapid development of cities and suburbs has taken place in a disorganized manner, without any real policies for territorial development or management of urban areas. The State has neglected its historical function of managing water-scarce resources and agricultural land. The consequences of these shortcomings have been greater in regions far remote from the capitals, due to an extremely centralized – and authoritarian – mode of governance, what has created significant regional gaps.

Putting Arab countries back on the path of sustainable development will pose a major challenge, in particular due to their population growth. By 2050, their population will be comparable to that of Europe as a whole, with far fewer water resources, farmland areas and development factors. For example, at this time, Saudi Arabia will have 50 million inhabitants, Iraq 60 million and Egypt 120 million.

Addressing this challenge will require complex approaches that will need to consider the SDGs, which are to be adopted by the United Nations next September. These goals inextricably link all aspects of development: economic, social and environmental. In my view, nexus approaches are therefore essential to achieve them. Indeed, such an approach takes into account interactions between the different sectors. And the “water-energy-food security” nexus is especially important for Arab countries, as they all suffer from a non-optimal management of their water and energy resources, and face food security risks.

But another nexus needs to be urgently developed and institutionalized, which is closely related to the root causes of the “Arab Spring”: the “employment-decentralization-territorial and urban development” nexus. Indeed, the main priority for Arab countries is to create “decent” jobs for the 18 million young people who reach working age every year. There will be no stability to conduct development policies without this condition. As long as the only prospects for the young people are informal employment and sectors, and they remain in the streets demanding dignity, the unrest will continue and the political transition will last.

To achieve all this, a new development model needs to be devised, focusing on regional development and local governance. Because the closing of the regional gaps, that are internal to each country, is a priority. This decentralization is essential to the democratic transition, as it allows and promotes an inclusive and peaceful development that takes into account the reemergence of local identities and the exacerbation of feelings of injustice. It also takes into account the historical realities. The current highly centralized States and their development policies only correspond to a very recent period of a post-independence Nation-State. The new jobs should be specifically created in a such framework.

The development of a harmonious and environmentally friendly urban space is a matter that particularly interests citizens at local level, such as the creation of new activities in rural areas that, for example, benefit from information technologies. The territorial planning, the infrastructure links, along with the necessary harmony and redistribution between regions, are essential functions of the central State.

Arab countries could benefit from the experience of other countries in this respect, as for example for the case of Spain during its transition and integration into Europe, where issues concerning employment, regional governance and territorial development were addressed in a cohesive manner.

Europe should assist the development of this nexus for its Southern Mediterranean neighbors, as Europe is as much the Europe of its regions as the Europe of its States. But we need also to come back to an integrated approach to all Arab countries, breaking with the differentiation currently made between oil-producing countries and populous countries, i.e. between capital and labor. 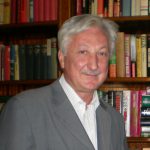