Today, nonhuman species live in ecosystems that are strongly impacted by human activity, particularly when associated with population growth. As a result, relationships between species (whether between human and animal or animal and animal) are becoming increasingly dependent on the impact that we alone as human beings can have on the environment. Although certain animals benefit from these relationships and anthropized environments (such as pets or working animals), most of the effects are negative, or even disastrous, for animal species (i.e. farmed or wild animals).

Nevertheless, “Human-Animal” relations vary between human societies, and people living in communities based on animist or totemist beliefs behave differently toward animals than those in our so-called “WEIRD” (Western, Educated, Industrialized, Rich and Democratic) societies. As a consequence, human beings’ perceptions of animals, whether related to symbols, uses or the sharing of space, are influenced by a wide range of biological (age and gender) and socio-cultural (e.g. knowledge, tradition and religion) factors.

For example, Sue Donaldson and Will Kymlicka, two Canadian philosophers, recently suggested classifying animals into three categories according to their spatial proximity to us, their role and their distribution in our environment. Thus, as wild animals form their own communities they are deemed to be sovereigns. So-called liminal animals are wild, but have adapted to live in urban environments, and therefore could be said to have resident status. Lastly, domestic animals, having been fully integrated into human society, should be viewed as fellow citizens. Nonetheless, these different categorizations and perceptions of animals can lead to discrimination.

Discrimination between two animal species is called speciesism. In the first instance, discrimination is often based on an animal’s phylogenetic distance from the human race. In general, we prefer animals that resemble us physically, i.e. that are warm-blooded and covered in hair, with big eyes. Nevertheless, speciesism is also a result of cultural constructs, as demonstrated by the traditional consumption of pigs but not dogs in Western societies, despite these animals having similar lifespans, and the same levels of sensitivity and cognition.

Similarly, the degree to which people anthropomorphize animals is influenced by factors such as owning a pet, working with animals, or belonging to an animal welfare association. Finally, certain species are overrepresented on television or on social media which can give rise to the perception that they are at less risk of extinction than in reality.

Consequently, the emotions associated with a particular species can have a huge impact on the efforts made to ensure its conservation and the welfare of the individuals comprising the group. Species such as carnivores or snakes, which inspire fear and disgust in some societies, are valued in others and thus better protected. In addition to our perception of animals, advances in scientific knowledge are changing our views on the processes animals are subjected to (breeding and slaughter), especially in terms of meat consumption. One area of research currently provoking intense debate is the growing use of cell-based meat, which could help mitigate the disastrous effects of intensive livestock farming (zoonotic diseases, deforestation, animals in distress).

Animals, sentient beings in their own right

Despite the development of animal ethics, law and research, formalizing and breaking-down certain concepts can be complicated, given the significant and rapid scientific progress being made. However, are we capable of not simply categorizing the animals that surround us? And if we were to categorize these animals, how would it be done and according to what objective criteria?

It would be largely insufficient to base this categorization on human perspectives alone, the usefulness we derive from animals, or the affection we feel for them. It is essential that the concept of animal suffering is also taken into account. Humans must therefore assume a radical responsibility for animals, i.e. a moral responsibility that not only extends to our direct actions, but also to their impact on animal suffering and changes in the environment. Animals should no longer be considered as mere material assets or objects of consumption, but as sentient beings in their own right.

However, this moral responsibility is based on our perception of an animal species: for example, just thirty years ago in France, the European Hamster, now protected by major conservation programs, was still considered an injurious species and, therefore, was still being exterminated. While its conservation status has changed in the meantime, it may take longer to change the attitudes of farmers and villagers who live in close quarters to the species. Furthermore, conservation programs are only effective if every member of the society coexisting with the species is included in the process. Hence why genuine societal change is sometimes the best solution and this can only be achieved through conservation programs that inform and raise awareness among human populations.

So-called “compassionate conservation” programs do not focus on a particular species (often to the detriment of another), on the contrary, they aim to have a holistic effect across an entire territory. Until now, animal populations could be moved from an area, or even eliminated, to protect another species. Such action-based strategies can result in new conflicts and, therefore, often prove to be totally disastrous. Compassionate conservation combines animal, human and environmental ethics to find genuine solutions to such issues rather than simply displacing animals.

One Health concept: health at the interface between humans, animals and ecosystems

The idea of combining animal, human and environmental ethics has been around for over ten years now and is referred to as “One Health”. The current COVID-19 pandemic perfectly illustrates the interdependence on which the One Health concept is based: cramming illegally trafficked wild animals into markets alongside domestic animals under stress due to being in captivity leads to the emergence of zoonotic diseases, such as Sars-Cov-2.

As such, reducing our meat consumption (following the example of the “Lundi Vert” initiative), can have significant consequences for animals (less animal suffering), for the environment (reduction in global warming and biodiversity loss), as well as for humans (reduced incidence of cancer, cardiovascular diseases and novel emerging diseases).

Interdependence between humans and the living world

Human beings can no longer consider themselves as a species apart from (or even superior to) the world around them. We must understand how we are connected to and dependent on other living beings, whether plant or animal. We must behave differently towards domestic and wild animals, no longer mistreating or killing them to benefit one species over another, but rather using our ecological interrelationships as a sustainable tool.

Whether symbiotic or competitive in nature, these ecological interactions should be integrated into agricultural or animal husbandry practices instead of resorting to chemical or mechanical treatments that are often harmful to the environment, animals and people. Animal sciences need to be applied more widely, and in particular, behavioral sciences, which could lead to major technological advances.

For example, pesticide use can be reduced by increasing our knowledge of insects’ sex pheromones. In addition, algorithms can mimic the functioning of ant colonies to support financial and democratic decision-making in human societies. Greater value should be placed on existing expertise in local communities because, more often than not, this knowledge offers a balanced and sustainable approach. Animals should be recognized as an integral part of our western societies, as is generally the case in Sámi, Native American and Aboriginal societies.

Animals are worth more than just their material value, they deserve to be recognized as a source of social, cultural and natural capital in the same way as human capital. These various sources of capital should be taken into account to develop a new model for Human-Animal relations that is respectful of and mutually beneficial to both parties. 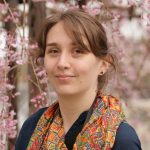 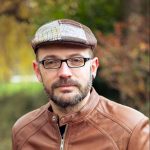