During the European Development Days (EDD) in Brussels, on 16 and 17 October 2012, Malawi’s new President, Joyce Banda, was invited to speak about the challenges facing her country, one of the poorest in the world. Of Malawi’s population of 15 million, 90 % live in rural areas and 40 % below the poverty lines. In 2010, the United Nations Human Development Index (HDI) ranked Malawi in 171st position out of 187.

Bingu wa Mutharika, who was elected as President in 2004 and re-elected in 2009, died on the 6th of April. In accordance with the Constitution, he was succeeded by his vice-president, Joyce Banda, who thus became, at the age of 62, Africa’s second female Head of State after Ellen Johnson-Sirleaf in Liberia. She quickly made her mark as a proponent of “good governance” principles.

As Malawi’s Ambassador to the European Union Brave Ndisale explains, “she appointed an inclusive government that represented virtually all the political parties, thereby introducing an element of reconciliation. Her aim is for everyone to participate: civil society, the private sector and the rural population, especially through the village chiefs, who hold the keys to rural development in Malawi. This is not a top-down government, it is working from the bottom up.”

Joyce Banda has also taken strong measures on the economic front. She first renewed Malawi’s ties with Britain, the former colonial power, and with the International Monetary Fund (IMF), which had frozen its aid to Malawi in 2011. In May, she made the difficult decision to devalue the national currency, the kwacha, by 34% against the dollar, at a time of economic crisis in Malawi. This was a prerequisite for the multilateral funding agencies to overcome the country’s lack of foreign currency reserves.

Joyce Banda also promised to decriminalise homosexuality, and forced the African Union (AU) to move a summit meeting that was to have been hosted by Malawi in July, when she threatened to arrest Sudanese President Omar el-Bechir, wanted by the International Criminal Court (ICC) on a charge of war crimes, if he came to Malawi.

Joyce Banda seems determined to attract sympathy from the funding agencies. Support from the European Union is “strong”, says Brave Ndisale. During the EDD-12, two agreements were signed with the EU to help Malawi reach its Millennium Development Goals (MDG). The first, for 63 million euros, will boost agricultural productivity and irrigation to increase maize production by two thirds. The second provides for liquidity transfers (up to 35 million euros) to 83 000 of the poorest households, to cushion the impact of the kwacha’s devaluation on their spending power.

From 2008 to 2013, aid to Malawi from the EU will total 551.1 million euros, funded from the 10th replenishment of the European Development Fund (EDF). EU aid to Malawi is designed to support agriculture, food, food security and transport.

“We have a good relationship with the EU,” says Brave Ndisale, “but we are now holding discussions with our partners with a view to simplifying the procedures. Our aim is to shorten the time between the point when measures are taken and the point when aid is effectively delivered.” 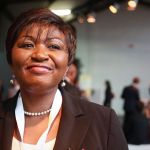