In view of the movement, its form and its intensity, many have been tempted to see it as a potential failure of the Tunisian Spring, and therefore as a new uprising against the fact that the current government has not taken citizens’ demands into account. In fact, many of the ingredients of the economic and social context could suggest this.

In this respect, we can mention the high unemployment rate (15.3%), which is particularly marked among women (22.8%), soaring inflation (6.4% at the end of 2017), the huge hike in prices of staple products, particularly sugar, and a ruling power which has imposed an increase in employee contributions to the State budget in its 2018 Finance Law, while the country also suffers from tax evasion.

We should also bear in mind the forms taken by the movement, which have led to massive street protests and the extremely severe police repression, recalling the events of early 2011.

But while the economic and social situation is particularly sensitive, triggering the spark mentioned above, the demands also mark the fact that individual citizens are capable of taking part in political life, showing their disagreement, exercising their rights and being part of the change of today and tomorrow. They remind us that the road towards more social, economic and political justice is long and that while it is not always supported by the policies in place, it is often the result of new initiatives and alternatives.

Saying that the Tunisian Spring failed because society was not sufficiently vigilant, mature and dynamic would consequently mean ignoring what is happening more or less informally – but profoundly – at the heart of civil society. It would also mean refusing to see the political and institutional changes in the Arab world. They are admittedly incomplete, but some are unprecedented.

Consequently, what is happening today is more an illustration of the very high level of political maturity of the Tunisian people, of an informed population, than of the uprising of a people who would like to see the Spring happen again because its purely political dimension has failed. There have admittedly  been calls for the government’s resignation, but not for an end to the very nature of the political regime.

A mass of associations

In the context of the research currently being conducted on civil societies in the Maghreb region (“The contribution of the development actions conducted by civil societies in the Maghreb region in the post-Arab Spring context”, LIEU Laboratory-Aix-Marseille University/AFD-CDC), the initial results demonstrate the difficulty of accounting for the boom in the number of associations experienced by Tunisia since 2011.

This is firstly due to the increasing number of associations identified: there are officially 22,000 (but how many in reality? The work currently being conducted by the platform of Tunisian associations Jamaity will soon tell us). Secondly, it is due to the existence of civil societies which are diverse in terms of their forms, their number, the way they are structured and their actions.

It is therefore up to us to be cautious when addressing the dynamics of this phenomenon and put it in the context of its own history. It would be much too lengthy to give a historical account here. We shall simply note that its development is intrinsically linked to the successive political regimes and orientations since the country’s independence in 1956.

It should also be noted that under Ben Ali, the continuous swings between freedoms and repression led to a split in civil society between “service” associations, advocacy associations and religious associations. This split was largely surpassed in the aftermath of the events in 2011 and following the revision of the decree on associations.

This has shaken up the social space: in addition to the historical civil society, there is now a civil society which came about with the Tunisian Spring, and the latter is teeming with a large number of actors:

In addition to these various forms, there are regional disparities and distinctive characteristics, as well as extremely different organizational methods. In view of these characteristics, which are outlined here very briefly, we would be tempted to see the rapid development of associations as immature, fragile and unstructured. This very simplistic observation would amount to a denial, a rejection of recent history, especially as the “new” civil society, the one which came about with the Tunisian Spring is, just like the ongoing “revolution”, the sign of a society that is in action and being built.

New relationship with the State and public policies

Furthermore, it is very interesting to observe the fields of action of these “new” actors, especially because they reveal the desire and markers for a change which is only partly shown by a simple analysis of political events.

In this respect, it should be noted that certain associations have ventured into initiatives for the democratic control of the ruling power (Al Bawsala in particular).

By managing to make their way into government authorities (Parliament), several associations are developing unprecedented pressure tactics via the use of media and social networks, and thereby make their voices and those of citizens heard. Consequently, each individual today has access to the means to be informed, in real time, of the discussions, progress and decisions made by all parliamentarians.

There has also been the creation of a Social Observatory, with its monthly barometers, which measures the suicide rate, the number of strikes, the number of sit-ins, etc. (Tunisian Social Observatory – OST/Tunisian Forum for Economic and Social Rights – FTDS). Although it is not possible to assess the actual impact of these initiatives on the social fabric, we should nevertheless point out what their presence means in the current context, and the safeguards for democracy they represent.

We should also mention citizens’ initiatives which, in response to the social and economic emergency, offer alternatives in the field of education, the social and inclusive economy, and social support for the most deprived and people with disabilities.

Some are well-established, are known and recognized by public authorities and international cooperation actors, others work out of the limelight, with few or no resources, but have values and the desire to live “differently”.

Finally, we should mention innovative forms of local development in the regions of Monastir, Gafsa, in the south, in the Jemna Oasis. Some of these experiences promote a local economy, new forms of organization between actors, another relationship with the municipal authority and a greater participation of populations in local life.

These initiatives cannot be quantified for the time being. Many of them remain fragmented. They do nevertheless also show that there is a change, and a major change, if only because they have recently come into being, and it would appear that they are being disseminated all over Tunisia.

Inequalities in the Arab world: Move from rent to tax

Promising signals also to be seen in Morocco

Thus, in view of what we have just mentioned about the context in Tunisia, certain glimmers of hope would also appear to be taking root beyond its borders. While we have wanted to stress the need to open up the angles for observing Tunisian civil society, today, to shed a different light on the ongoing changes, we also feel that it is essential to place the reflection on a broader territorial level.

For example, through comparative research, we can as of now measure similar developments in Morocco. With its reinforced status, its role set out in the Constitution, but also by building on what remains of the Arab Spring, civil society in Morrocco has shown, via its vigilance and its commitment, that it knows how to move into the democratic space: the pressure put on public authorities in recent months, in the protest movements in the North, in the Rif or the city of Jerada, further South, in Zagora or Tendrara, has surprisingly shaken things up, despite the repression or the banning of certain demonstrations.

We should also recall an unprecedented event in Moroccan politics: the sacking, on 24 October 2017, of four ministers and the director of a public institution (Article 47 of the Constitution), the prohibition henceforth of performing official duties notified to six senior officials, and the sanctions against fourteen administrative officials.

These sanctions were taken following the investigation by the Court of Auditors on the shortcomings identified in the implementation of the “Al Hoceima Manarat Al Moutawassit” program. These decisions mark a certain break with past practices and show Moroccan officials that impunity has been brought to an end.

This is how a citizen learning process is underway, in view of the change in attitude of political leaders (senior officials, elected officials and local authorities), in particular through the interaction with the problems of citizens, responsiveness, and the dialogue with civil society and people.

Among these signals, a form of social monitoring can also be noted, which is gradually being established, by listening to society in a still disorderly but more positive manner, and through a slightly more conciliatory attitude towards protest movements.

Consequently, we need to see in these developments in recent months, in both Tunisia and Morocco, the increasingly visible sign of a civil society, which is admittedly complex and diversified, both conservative and modern, but also mature and vigilant with regard to the ruling power. Let us hope that it will be a source of increasing and sustainable hope in the Maghreb region.

Fatima Chahid, Juliette Mareschal and Ali Bennasr, members of the team of the research program on civil societies in the Maghreb region, contributed to writing this article. 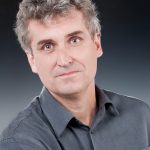 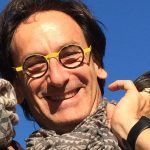