Corruption: A global scourge that kills in developing countries

Corruption concerns individuals as much as companies and public authorities. It affects all countries, both rich and poor, but has particularly disastrous impacts in developing countries.
Every year, the least developed countries lose a trillion dollars due to illicit financial flows. If poor countries could clamp down on this scandal, tax this amount and invest the revenues in their health systems, they could avoid the deaths of 3.6 million people a year.
The facts are there. States have no valid excuse not to take action against this scourge and, even more so, the most developed States have the responsibility to take action against this scourge.

Indeed, according to the recent OECD Foreign Bribery Report, 75% of cases of corruption involve intermediaries, including shell companies and trusts. Yet these legal vehicles, the cornerstone of corruption, are themselves largely domiciled in G20 countries, mainly the USA and Europe and its related territories.

Shell companies and trusts are all one inside the other, like Russian dolls, and form a complex system. This facilitates the payment of bribes and the laundering of this dirty money, while ensuring anonymity for the actual beneficiaries of this corruption. The good news in 2014 is that the world has finally come to realize the role played by these entities. They are now identified by the G20 and OECD as an element that needs to be tackled in order to make headway in the fight against corruption.

Make information public as a deterrent

Facts are a good starting point. It is now necessary to remedy the opacity of these legal entities in order to facilitate legal procedures and deter the corrupters and corrupted. There is a solution: to establish a public register of the actual beneficiaries of companies and trusts.

To this day, hardly any countries in the world request the registration of the actual owner of a company or trust. The legal owner can be identified in certain countries, but it is not necessarily a natural person: a company can create another, which fosters the interplay of Russian dolls. In addition, the legal owner, on paper, is not necessarily the one who is pulling the strings and who benefits from the company’s profits. In the case of trusts, it is even worse: there is not even a legal owner, this is the “beauty” of this construction, which is historically under English law. Consequently, it is necessary to oblige these entities to register their actual beneficiaries with the State. Furthermore, this information must enter the public domain, as is already the case for other similar information on companies, which can be accessed via a register, such as the Trade and Companies Registry (RCS) in France.

Two studies – one by the British Government, the other by the European Union – indicate that introducing this type of public register is the cheapest and most effective way to clamp down on shell companies. Public registers would improve the quality of data: the information could be cross-referenced and checked more easily by the public authorities, but also by third-party actors, such as banks, investors, the media and NGOs. In certain countries, the administration alone would not have the capacity to verify the accuracy of data. Consequently, it would be a further incentive for companies and trusts to provide correct data. Public registers would also have a deterrent effect on the corrupters and corrupted. Finally, developing countries would have easier access to these data. They would not need to initiate lengthy administrative cooperation procedures to access crucial information in order to conduct their own investigations.

Company registers already exist in a number of countries, such as the RCS in France. It would simply be a matter of adding information to them on the identity of the natural person or persons who actually benefit from a company or a trust, and thus reveal those who are hiding behind these empty shells to launder proceeds from corruption.

Certain countries have made headway on this issue, at their respective levels. In 2014, France voted in favor of establishing a public register of the beneficiaries of trusts only. The UK also has a similar law, but only for companies. Denmark has just announced that it will introduce a similar register, which will also be public.

Europe can set an example

However, as we can see with the international scale of the scourge of corruption, the more the response will be global, the less the corrupted will find loopholes.

The last G20 summit did not wish to go far enough on the path to transparency. It recognized the problem without providing a solution to it.
It is now up to Europe to set the example. It is currently reviewing the anti-money laundering directive, a directive which includes a measure against the opacity of shell companies and trusts. If it is sufficiently ambitious, it will be the perfect opportunity for it to be a pioneer on this issue and define the bases for a future international standard.
However, the ongoing negotiations are still far from being completed. It is precisely the disclosure of information that is subject to extensive debate. The European Parliament considers this public access as its red line in the discussions with the Council, and rightly so, as only public access will provide an effective solution to this scourge. The Council, for its part, remains extremely divided over this issue. Germany, Spain and Poland, in particular, are opposed to public access to the information, despite the fact that they already have similar registers accessible to the public, which collect information on the legal owners.

Another actor in the difficult negotiation of the directive has remained overly reserved, even passive to date: the European Commission. The new team set up a month ago must come out of the woods and also adopt a stance in favor of public access to these registers. If Mr. Juncker really wishes to restore his image and become the champion of the fight against tax evasion and corruption, this directive will be his moment of truth.

This International Anti-Corruption Day is an opportunity to remind political leaders of their responsibility. The fight against the opacity of shell companies and trusts could have a major impact on public finances and on the lives of millions of people in the world. When you have such power within your grasp, there is no reason not to take advantage of it. 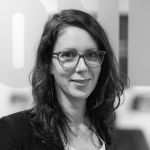