The study you have just conducted with ITU concludes that there is a need for huge investments in the daycare center sector in Turkey. What is the current situation?

There are very few daycare centers in Turkey. In terms of the rate for preschool services for children under the age of three, the situation is so poor that the Government does not collect or disseminate any statistics. During our research, we managed to find certain sources at the Ministry of Family and Social Policies, and if the figures they gave us are correct, this rate stands at about 1%. For three to four-year-olds, it is 10 to 20%.

Turkey is, of course, a developing economy, and we could think that it is an issue of per capita income, the level of development, but when we look at OECD countries like Mexico or Chile, we see that they have a rate for preschool services for three-year-olds which is closer to 100%. In most OECD countries, the rate is lower for the under-threes, but it does, however, reach an average of 35%.

If it is not a development issue, what is the origin of such a gap?

It is firstly a question of the capacity of the economy to create sufficient force, a sufficient number of jobs, to attract women towards the labor market. It is subsequently a question of the State’s political priorities. When we look at other countries, like France, we see that the economic growth process was so strong that it created many jobs, which led to an influx of women into the labor market because there were no longer enough men for the work. From there, the State was faced with the issue of the balance between work and private life and had to take on the responsibility of building nurseries, kindergartens…

In Turkey, the process of macroeconomic growth has not generated enough employment in terms of quantity and quality to justify a changeover for women from their main occupation at home to the labor market. This process started much later than in a number of European countries, and when it did occur, we were already in competition with China, for example, in job-rich industries. Furthermore, the State has not really implemented an industrial strategy policy to strengthen this growth, as has been the case in South Korea.

So, consequently, for you, the solution is to strengthen early childhood care?

Yes, a possible attitude for Turkey is to make it a political priority and devote a sufficient proportion of the national budget to it to ensure that over the next five to ten years, high-quality daycare centers will be available and accessible nationwide. Achieving this objective will free up a lot of working time for women. Once these time restrictions have been removed, certain women will become entrepreneurs, others will perhaps resume studies, follow training courses and acquire new skills, others again will be able to directly find a job.

But as things stand, being a housewife is, so to speak, an institutionalized profession for millions of adult Turkish women who in fact do not have the means to take part in the labor market. They are in good health and of working age, but their main problem is that they must devote a substantial amount of their time to looking after children and have no help for this, from the State, the world of work, or from men in general. Consequently, managing children remains strictly a domestic matter, subsidized, so to speak, by the unpaid work of women.

Turkey: “The fight for gender equality at work needs to be addressed in SMEs”

Your survey does, however, suggest that there is another possible and desirable line of action?

This research shows that if Turkey invests 1.2% of additional GDP in creating daycare facilities – which can be achieved over time –, it will be capable of attaining the OECD average for childcare for preschool children. This requires a serious budget effort, either by redeploying expenditure or increasing taxes.

Consequently, we asked the question: If we are to convince people in charge of the tax policy of the need for this effort, what economic rationale can we put forward? In fact, the rationale for any economic policy involves three aspects: create employment, create high-quality employment and reduce poverty. No one will oppose these objectives. We said to ourselves: In view of these priorities, we should analyze three types of tax policy – one which gives priority to social assistance expenditure, the other to building physical infrastructure, and the third to transferring money to needy households.

The result we arrived at is that the expenditure invested in social assistance creates 2.5 to 3 times more employment than the other scenarios. This in itself should be sufficient. But we also saw that this expenditure creates many more high-quality jobs, with employment contracts and social security. In addition, a high proportion of these jobs go to women, whereas in absolute value, the number of jobs created for men is equivalent to that of the scenarios 2 and 3. In short, in scenario 1, women benefit and men do not lose out. This is such a powerful discovery that I think it nips in the bud any conceivable excuses not to make social assistance expenditure a priority.

I am not saying that we do not need better roads or better bridges, but Turkey has built a lot of them and I think that we can survive for a certain length of time without building more of them, and invest the money in developing social assistance facilities instead. Because we are lacking them and this lack has a high cost. Not resolving this problem has much more serious implications than the issue of gender equality, as without a State policy to support families, the man inevitably continues to be the only earner for the household, while the woman remains confined to the position of full-time housekeeper. This means that in the event of an economic shock, unemployment, the only wage earner in the house will lose his job and there is a high risk of falling into poverty.

Do you think the Turkish Government will welcome your research?

Of course. The risks of the global economic downturn getting worse are higher than 50%. It is increasingly deepening in Europe. It is becoming clear that the monetary policy is unable to deal with this. Consequently, an active tax policy must necessarily be included in any package of anti-crisis measures.

Turkey has had its share: we have a double-digit unemployment rate despite the millions of Turks who work on small family farms, work for free for the family, or are their own employers. This is also despite the fact that women’s participation in the labor market is very low. Turkey is faced with a structural phenomenon of growth without employment. And now, even this growth is weakening, so we are facing a real challenge of job creation.

The message of our research is: Look, we have an underdeveloped sector in our country, the social assistance services sector, and this underdevelopment creates a whole host of problems – inequalities between children, between women and between households, low level of participation in the labor market, etc. So, if you intend to tackle the crisis with stimulus spending, why not devote it to this rather than resurfacing roads? 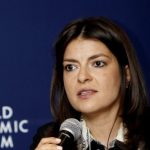