The principle of solidarity is being eroded faced with the reality, with Member States being reluctant to share the burden of receiving migrants, which is mainly borne by Italy and Greece. They are paralyzed by a public opinion attracted by extreme rights with xenophobic tendencies and are hidebound by sovereignist and anti-immigration principles. Their reactions to the Commission’s proposal for a system of quotas for asylum seekers per country is an excellent example of the short-termism of policies which only aim to address the issue of migration in emergencies.

Immigration: A question of internal security?

Up until the 1990s, in Europe the issue of migration was intimately linked to that of labor market needs. Family reunification, for its part, was accepted. Refugees were treated separately and did not mobilize public opinion. The latter did, however, show solidarity towards victims of civil wars, for example, the Vietnamese or Chileans.

Since the Treaty of Amsterdam in 1997, immigration and asylum policies have come under the European Union’s “Security and Home Affairs” pillar. It is therefore a question of security addressed as the other competences of this pillar: the fight against crime, repression and typical means of control of defense organizations. The respect for fundamental rights has been relegated to second place and the Europe of internal security has become that of insecurity for entrants without visas. Despite this, Europe has become the world’s first destination for North-South migratory flows.

The general application of passports in most countries in the world since 1989 has liberalized the right to leave countries, while the volumes of revenues from remittances (USD 400bn in 2013) have led many countries of departure to accept the reality of migration, which has partly accentuated the growth in economic migrations. However, the rights of entry have been made stricter and there is talk of the “Fortress Europe” for those who do not manage to obtain a visa.

In the South, crossing the Mediterranean has become a dream to be achieved, which is not unrelated to access to new technologies, youth unemployment, their desire to change their lives and the absence of hope in the countries of origin, which are poorly managed and corrupt.

Crises and conflicts (Arab revolutions, Horn of Africa, Syria, Iraq), particularly in countries close to Europe and with which it has historical ties, exacerbate migration dynamics which are already strong. In addition to those who leave to look for work, there are consequently also asylum seekers. Germany received 240,000 asylum seekers in 2014 and France 61,000. Among the countries most in demand, Sweden and the UK are not far behind them.

As legal entry is only open to the affluent, the traffic of illegal crossings is thriving: pateras, zodiacs, old cargo vessels and recycled trawlers crisscross the Mediterranean at the risk of passengers, who are often abandoned by their smugglers. The costs of crossing are extremely high. They are often paid by the savings of the harraga’s family, which are invested in this trip. This leaves the violators of borders no other choice than to succeed and explains why they are not willing to give up their race to reach Europe.

25 years of failure and repressive obstinacy

These migrations highlight a European context that is complex in three ways. Politically, the period is marked by the lack of solidarity between member countries in terms of receiving new entrants and by the rise of extreme right movements, which make the fight against immigration a slogan. Economically, the continent has been struggling since the crisis in 2008. Finally, Europe is historically a land of emigration and finds it hard to accept itself as a continent of immigration and to consider the latter as constituting its demographic, socioeconomic and cultural present and future. Immigration has for a long time been a momentary response to labor shortages with the immigrants mainly destined to return home. Today, the bulk of flows towards Europe come under family reunification, the right to asylum, academic exchanges and, to a lesser extent, work reasons. European countries are finding it hard to adapt to these new developments.

Southern Europe (Italy, Spain, Malta, Greece), which has been hard hit by the crisis, is the most affected by the new arrivals, mainly from the southern shore of the Mediterranean. The crisis in Libya has caused massive arrivals, due to the lack of screening by this country, which had committed to this via readmission agreements. Algeria has positioned itself alongside those who punish potential travelers by prohibiting – unsuccessfully – departures. After years of refusal, Morocco, which has become a land of immigration and transit for Sub-Saharan Africans seeking to cross to Spain, is going to sign a readmission agreement, as Tunisia did recently. Forced returns to the countries of departure and transit have taken over from distancing borders via the visa system. But in reality, these arrangements have little influence on the decision to leave.

In 1995, the issue of migration was withdrawn from the Euro-Mediterranean Barcelona agreements, just as it was excluded at the outset from the discussions on the Union for the Mediterranean. The European policy on flows is guided more by polls and public opinion than by the numerous studies that advocate for legalizing transit routes in order to avoid the tragedies and break the mafia economy of clandestine crossings. For 25 years, Europe has failed in the field of deterring migration. This would not appear to hold back the repressive obstinacy of its leaders. Yet the flows will continue for as long as the structural factors of migration persist.

Another type of migration is possible

The situation is all the more critical for specialist observers and citizens because there are alternatives:

If migrants could come and go legally, they would take a more mobile approach, as migrants from the East did in the early 1990s.

There is a labor shortage in Europe despite the crisis, and it owes the growth of its population to immigration. Consequently, why is there such reluctance? Because the majority of Europeans think that migrants are their competitors on the labor market. Because Europe has trouble considering itself as a land of immigration and is reluctant to open up its borders more. Because apart from the extreme right which has seized upon the issue, the other political tendencies are struggling to address the subject rationally and at the level of what is at stake.

How much longer can the continent that claims to be the guarantor of the universality of human rights tolerate that people die at its doors? That human beings live in camps in unacceptable conditions? That thousands of people are deprived of the right of residence and of the right to work? That unsuccessful asylum seekers remain without a status? That minors have neither a roof over their heads, nor training, nor any sort of healthcare? That the market of smugglers is thriving due to the absence of legal routes?

These excesses testify to the increasing gap between the reality of migration and the European response. It is time for Europe to acknowledge this and to stop playing the tragedy of the citadel under siege. Because immigration will continue, whatever the dissuasive policies, and waging war against immigration is doomed to failure. Another type of migration is possible, other routes can be opened. 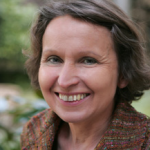