Expert in Migration &Development, Diaspora and local development at R.M.D.A

Migrant remittances support entire communities in Africa. They act as a social buffer by contributing resources to urban and rural areas which benefit less from the spillovers of growth. They also provide a monetary balance with the inflow of foreign currency into the balance of payments of States.

Yet their cost often continues to be a deterrent and encourages an increasingly sophisticated informal sector, which escapes all regulation. FinTechs and mobile phone operators could bring about a significant reduction in costs, but have to deal with strong and necessary regulatory requirements. Finally, legislative and technical solutions to encourage these funds to finance the productive economy are not widely known or are underexploited.

Remittances by diasporas to their countries of origin are central to public policy issues for budgetary reasons (impact on the balance of payments), regulatory reasons (traceability of financial flows) and migratory reasons (limitation of economic immigration). They are a major issue for Africa’s development.

Remittances made from France to the rest of the world are constantly increasing and reached some EUR 21bn in 2017 (against some EUR 19bn in 2011).

In recipient countries, the amounts of these remittances are very often higher than Official Development Assistance and foreign direct investments. For example, in Senegal, they are equivalent to double these two amounts put together and reach USD 5.5m a day.

In recent years, major commitments have been made by G20 countries to increase the potential of migrant remittances. The 20 powers have particularly committed to limit the fees to 3% of the amounts sent on average by 2020. This measure should free up some USD 16bn a year for recipient countries. However, despite this political will, prices have only fallen slightly and still stand at an average of 7.6% of the amounts sent. The France-Africa corridor continues to be the most expensive, with fees reaching 9.61%, without any real downward trend being seen since 2015.

Despite the stakes and the far-reaching changes taking place in the sector, the subject is no longer at the top of the international agenda.

It is African telecommunications companies and FinTechs which are revolutionizing the sector. In remote rural areas in Africa, financial transactions by mobile phone are now rooted in uses and their costs stand at about 3%. These actors are shaking up both practices and banking regulations.

This wind of change will, in turn, sooner or later take hold in the North and will have a major impact on remittance prices. For the time being, these solutions are only authorized between African countries. Indeed, the use of these technologies for international remittances comes up against complex regulatory and macroeconomic issues. For example, the fight against terrorist financing and money laundering requires respecting standards and procedures which not all of these new operators have integrated into their system. Consequently, international electronic remittances such as Orange Money are today blocked by the Central Bank of West African States (BCEAO).

The inevitable digitalization of remittances is also a cause of concern for authorities in terms of the impact on the balance of payments. Indeed, they fear that this liberalization may facilitate capital flight in the event of an economic or political crisis.

Promoting innovation in the sector, ensuring the traceability of funds and facilitating financing for development

These questions have not yet been answered. The French authorities have already been working to speed up the lowering of remittance prices since 2007 with the website envoidargent.fr. They need to renew their commitment and their actions to make remittances a real driver for Africa’s development.

Firstly, they need to promote innovation by supporting new actors in the FinTech sector, in order to ensure that their development complies with the rules in force.

Secondly, the implementation of a joint consultation framework between the various parties involved (banks, remittance companies, mobile phone companies, diaspora representatives) could ensure traceability and improve financial governance. This would also allow the authorities to lead a constructive dialogue between central banks and operators.

Finally, remittances can contribute to financing development and participate in increasing financial inclusion. At local level, the receipt of funds by the formal system can be combined with conventional savings and guarantee tools and thereby promote access to credit for unbanked populations. In France, legal provisions[1] promote the productive use of savings by the diaspora: bi-banking, unit trusts which finance an investment fund, access to the African bond market from European banks, etc. But these tools have not yet been exploited to their full potential.

The combination of these three elements would considerably strengthen the endogenous development of Africa: the funds from its diaspora could be more easily mobilized and invested in local, sustainable and productive activities. The transactions would be rapid, affordable and comply with international anti-money laundering principles.

Conversely, with no support, there is the risk that formal flows will continue to primarily meet short-term consumption needs. In terms of informal networks, they risk being infiltrated and used by malicious networks.

French authorities need to renew their actions to make remittances a real driver for Africa’s development.

[1] Cf. Article 11 of Law n° 2014-773 of 7 July 2014 on the orientation and programming relating to the development and international solidarity policy. 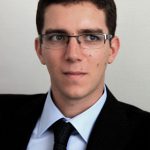 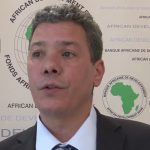 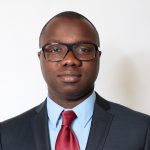 Expert in Migration &Development, Diaspora and local development at R.M.D.A