Economic Advisor to the Head of the Government of Morocco

What progress has Morocco achieved in terms of the MDGs?

Morocco has managed to make great strides in achieving, or even going beyond, the levels set for 2015 in the context of the MDGs. This is the case with poverty reduction at national level, for which the rate fell from 9.1% to 4.2% between 2007 and 2011. The social inequalities measured by the Gini index, and perceived through consumption, started to fall during the same period, from 0.407 to 0.388.

Primary education is virtually widespread and the literacy rate of the population aged between 15 and 24 is in the process of becoming so. Similarly, and at all levels of education, there has been a significant improvement in gender parity. In political participation, the proportion of seats held by women in the Parliament rose from 0.7% in 1997 to 17% in 2011.

Maternal and child mortality rates have fallen over the past twenty years. Indigenous malaria has been eradicated, with a relatively small number of imported cases, while the prevalence of HIV/AIDS remains relatively low. The incidence of tuberculosis was reduced to 82 new cases for 100,000 inhabitants in 2014.

Finally, access to basic social services for populations increased at a faster pace. Access to water and electricity is virtually widespread. Similarly, the proportion of the urban population living in slums or makeshift housing fell from 9.2% in 1994 to 5.6% in 2014.

How are you addressing the SDGs in Morocco?

SDGs pose a major challenge, as there are many more of them than with the MDGs and they are much more complex. The interaction and interlinking of the SDGs raise the issue of the consistency of public policies.

We are working to ensure this, while targeting the most vulnerable categories, which will not be able to benefit from the fruits of growth and investment in the short term. This includes students, women, widows, the disabled and unemployed, as well as people living in poverty in rural areas.

Consequently, there is a need to make technical choices, but especially political choices, in order to optimize financial resources. The lack of consideration of the consistency of the development goals, and the coordination of policies allowing them to be achieved, was one of the major shortcomings in the design and implementation of the MDGs in Morocco.

In this sense, we believe that the SDGs need to fit in with an integrated vision and a national development project for Morocco, corresponding to a forward-looking vision for the long-term in 2030. The main challenge is leaving no one behind. In this context, policies and programs which have already been initiated will be strengthened in order to target vulnerable populations. We need to ensure that they contribute and that they benefit from the dynamics of growth and development.

How many people do these vulnerable groups concern?

RAMED, a medical assistance scheme for economically deprived people, with no income, concerns 9 million people out of 35 million Moroccans, i.e. 28% of the total population. This population benefits from a medical coverage program in order to strengthen social cohesion. But it is also a well-identified vulnerable population that needs to be supported.

Faced with the political difficulty of agreeing on the possibility of offering a safety net with direct transfers to a fairly broad – and not very well-defined – social category, the authorities proceed on a case-by-case basis, with programs depending on well-identified vulnerable groups.

The National Initiative for Human Development (INDH) and RAMED are the two most important social programs in terms of resources and coverage. In addition to RAMED, some 10 million people have benefited from projects or actions implemented in the context of INDH. However, the most specific programs remain limited, both in the number of beneficiaries and in the amounts allocated. For example, despite a steady increase, the Tayssir Program only reaches 2.5% of the total population.

Reducing inequalities on the menu of the SDGs!

At what level does the problem of political consistency lie? Interministerial? Local?

In this context, the new organic finance law (budgetary process) and key institutional reforms, such as advanced regionalization, will contribute to strengthening coordination for the achievement of the SDGs in Morocco. Regionalizing the implementation of the SDGs will give greater clarity and consistency to priorities, and improve the allocation of resources for the achievement of these goals.

“The SDGs raise the issue of the coherence of public policies”

What leeway do you have in conducting national policies, given the international programs which may overlap or be in conflict ?

Coming to the leeway, it involves being progressive. We are going to set targets to be achieved and priorities at national level, depending on our development goals and our financing capacity.

Should the SDGs be addressed en bloc, or should priorities be set by spreading them out over time in order to be more sure of making headway? If so, what are Morocco’s priorities?

In Morocco, the SDGs are to be found in a multitude of sectoral strategies. The Government’s main challenge is to define specific objectives tailored to the national context, depending on our means, and to determine the instruments which will allow them to be achieved.

In this context, a more detailed analysis should allow priorities (targets) to be classified if it is not possible to achieve all the objectives. But it is clear that for Morocco, the challenge remains of achieving high growth rates, creating employment, improving the quality of its human capital and reducing inequalities as much as possible.

What are the main barriers to achieving the SDGs in Morocco?

In fact, the success of the challenge is conditional on being able to tackle several other major challenges.

Firstly, it is necessary to ensure that we take ownership of the development goals and align them with national priorities. This requires technical and political choices to strengthen the coordination of public policies.

The second challenge involves establishing the monitoring-evaluation institutional framework, which takes us to a third challenge of improving the quality and quantity of data. Improved statistical data will help the Moroccan public authorities to monitor the progress, shortcomings and constraints in terms of achieving the SDGs.

Finally, we must not forget the challenge of financing, as the SDGs must be given a strong financial base. In this context, an assessment of the cost of financing the achievement of all the MDGs is necessary in order to ensure that the SDGs are consistent with the budget constraint and complementary to sectoral strategies. 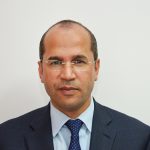 Economic Advisor to the Head of the Government of Morocco