Professor of Anthropology at the University of Indiana (USA)

Research on commons is not only centered around the local levels of management, but is considering more and more the regional levels of governance, more complex because they imply more actors. This trend leads towards a reflexion on commons governance systems, as explains Eduardo Brondizio, professor of Anthropology at the University of Indiana (USA) and member of the Advisory Board of the Ostrom Workshop in Political Theory and Policy Analysis.

Can common goods be managed in any way by public institutions?

No, most common goods transcend different social groups, places and institutions. It’s almost an imperative to manage them through collaborations and partnerships. Some public or private institutions are able to deal with some sets of common problems: you can for example manage a forest or a park, but in most cases, common resources link people in different places.  Water flows, for instance. This resource requires one group working in a place to manage it, in a way that may affect other groups elsewhere. We don’t have mecanisms, either public or private, to deal with that type of resource. That’s why we need partnerships on certain sectors of a resource or in certain areas.

What do you mean by « The drama of the commons » ?

This is an interesting term. The discussion became visible with the « Tragedy of the commons », the title of a famous article wrote in the late 1960s by Garett Hardin, showing that if you have a system without clear ownership, public or private, people would use the resources until their exhaustion. Then started a set of research to see how communities manage resources collectively, with rules and norms to conduct social action. The discussion evolved around the « Drama of the commons », the title of another study published in 2002 by the National Research Council under the direction of Elinor Ostrom.

In most cases, when one could observe a degradation of a resource or an environment, it was not only implied by lack of ownership but also because of a breakdown in the rules and local forms of governance – through either an external shock or market pressure. Shock and pressure are a given: they always happen. How do we deal with them?

In the Amazone basin, seasonal lakes appear because of the floodings. They have a given set of fish stock. Some communities depend on the fisheries. They have their own rules on how much fish you can take, with which tools. When market for fish increases because of urban demand, larger boats and different types of fishing technologies appear on the lakes. The ownership of a lake is not defined. Then comes the pressure on the system, bringing conflict. Some in the communities want to continue to manage this common good but some don’t, and the communities get divided.

What does the systemic approach of the commons bring, through the notion of « new commons »?

The term « new commons » has been used in different ways. Much of the research has focused on natural resources: water, forest, etc. When research about the commons as a collective action started to increase, we realized that many resources create the same kind of collective action, like Internet.

Now, there is another way in which the term « new commons » is used, for important goods that are not directly visible. For instance, the ecological processes that are part of water purification or the regulating functions of an ecosystem, with factors of interdependance we don’t necessarily see.

One case is on communal land in the Amazon. In the last 20 years, there has been much less recognition of the rights of the local communities to manage their resources and land rights. The communal land is located in regions where you have large cattle ranching and industrial developments. Indigenous communities have been able to protect their environment very well, but are not prepared to deal with the impact of water pollution or smoke. The commons are not only the forest or water, but all the ecosystem.

What is the solution ?

We need to think about institutions and interventions that are not specific to one place, but that connect places through corridors, linking one environment to anohter. The indigenous communities in the Amazone can manage their land, but not the outside world. They are reaching out to the farmers and politicians on what they need to protect the resource together. Instead of deforesting all the land along the rivers, they try to develop an agreement to protect the vegetation and replant trees. They are trying to talk to farmers to find solutions, and also larger and more formal institutions to protect the water.

Do these initiatives give good results ?

Only partially. I’ve seen small scale collaborations that give good results in some areas, and not in other places. There are few initiatives that promote a collective approach to commons management. Development programmes are targeted towards one group instead of a whole system. It’s changing, with the awaraness of the need to manage the resource as a system.

Are commons a threat to private property ?

Communities over history have developed  different types of ownership for different resources. In the Alps, close to valleys with fertile soils and residences, you have more private property. Water and pastures in larger areas tend to be managed in common. In most places you see over time a combination of private and common systems. The « tragedy of the commons » being that individuals always want to maximise their interest, they need a regulator, public or private.

In the late 1960’s and 1970’s, the Brazilian government took all the public lands occupied by indigenes and decided to privatize some of it and to take control for other parts. The ideology prevailing at the time was that government control would mean a more productive exploitation of the resources. Acceleration of privatization has happened, and not only in Brazil.

After the Second World War, there was great expansion of extraction and resources economies. The environmental degradation was very much in the North with industrial expansion. Over time, those pressures migrated to the global world. The environment of the North gets cleaner and cleaner but puts pressure to have government or private control in the South.

The same processes are moving to Africa, at the expense of the appropriation of the resource by local people who have had customary management of the land. The role of the State has changed a lot in the last thirty years, because of the Structural Adjustment Programmes (SAP) led by the IMF. The idea was  to capture as much resource as possible for exports, through privatization or enclosure of land which was either public or common.

How do we move from property to commons, when we have to deal with climate change?

Climate change is not necessarily an issue when not related to other environmental changes. Storms in a desert do not create social problems, but they do in areas saturated with infrastructures. Increasingly and hopefully, we’ll be moving from a climate orientated vision of the future to one with more awareness of the social issues that worsen the problems. In this complexity, we have simple solutions: we need partnerships and we have to think about the system as a whole. 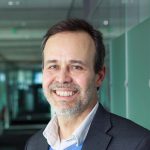 Professor of Anthropology at the University of Indiana (USA)