The issue of inequalities is at the center of ongoing debate on the renewal of post-2015 global development priorities. Indeed, while the Millennium Development Goals (MDGs) represent a concerted effort for the fight against global poverty, analyses have shown that everyone does not benefit. One of the most striking differences between the intentions of the MDGs and reality is the omission of almost a billion people with disabilities in the world, 80% of which live in developing countries1.

“People with disabilities’ main concern is not their disability, but rather their lack of access to services for education, employment, social support, health and legal aid, which pulls a disproportionate number of disabled people into extreme poverty.”

Last September, the High-Level Meeting on Disability and Development organized during the UN General Assembly put the spotlight on this omission and gave States the opportunity to make a firmer commitment to development which is inclusive of and  accessible to people with disabilities. The report of the panel of eminent persons advising the Secretary General on the post-2015 development agenda (“A New Global Partnership”) calls for five main transformational shifts, starting with “leave no one behind”, including people with disabilities2.

What are the needs and expectations of disabled people? How can they be met in a resource-constrained environment? What can international cooperation actors do? Based on my experience of the inclusion of marginalized groups, particularly at Handicap International, in this post I put forward options for meeting this ambitious but achievable objective.

What are the needs of people with disabilities?

People with disabilities face barriers at all levels. Ignorance, stigma and stereotypes about disability lead to attitudes of rejection and to the isolation of people with disabilities. Environmental barriers, such as inaccessible infrastructures and the lack of access to information in adapted formats, mean that people with disabilities are even less likely than other groups to access the resources and services that are necessary for a life with dignity. The lack of data on their situation makes them even more invisible, in particular when priorities are being identified and development policies defined, as was the case with the MDGs. Finally, people with disabilities themselves are not consulted and therefore cannot express their needs and expectations.

The Convention on the Rights of Persons with Disabilities was adopted in 2006 to address these manifold forms of discrimination. It reiterates that people with disabilities have the same rights as the others. But it also introduces a major innovation by recognizing the close links between disability and poverty, and by creating obligations for international cooperation actors to include disability issues in all their actions3.

How to ensure that people with disabilities fully benefit from development efforts?

A twin-track approach is required. Including people with disabilities first means designing, implementing and evaluating development actions “for all”, by anticipating the implications and prerequisites so that they can fully participate in development efforts. Regardless of the sector, it involves ensuring that these actions are not discriminatory, that they are accessible and that they fully involve the persons concerned in decision making. For example, all education projects must ensure that the new built infrastructures and the teaching methods used are accessible to people who have different ways of getting about and assimilating and accessing information. A universal health coverage requires to look at how health staff are trained in addressing the needs of a disabled public, for example, by giving consultations in Sign Language.

Specific measures are also required to enable the equal participation of people with disabilities. These measures aim at developing their capacities, for example, through access to rehabilitation services to improve mobility, and learning Braille or Sign Language. They also aim at supporting disabled people’s organizations so that they are prepared to defend their rights more effectively.

What can international cooperation actors do to improve people with disabilities’ participation in development processes?

Action is required at the level of policies and practices. While the exclusion of people with disabilities comes at a high cost to a society, it is estimated that using Universal Design principles only adds between 0.4 and 0.78% to the total cost of a construction. Making an existing building accessible is, however, far more costly. It is also estimated that only 20% of people with disabilities’ needs in terms of rehabilitation require a referral to specialized services. A whole host of concrete and low-cost solutions can thus easily be implemented in order to provide a rapid and effective response to people with disabilities’ needs by adopting a “disability reflex”.

Consequently, for development efforts to actually “leave no one behind”, it is essential for international cooperation actors to more systematically integrate this issue, for example, by adopting a disability policy, training their staff in this issue and dedicating means to measure the impact of their actions for people with disabilities. Listening to people with disabilities and consulting their representative organizations is often the most effective solution to start with.

In order to initiate this debate and support AFD in this work, Handicap International has organized an awareness-raising day and produced an online CD-ROM with resources to include disabled people more in international cooperation actions. It includes a set of practical tools to integrate the issue of disability into the project cycle and examples of applications in various sectors, such as employment or HIV/AIDS. 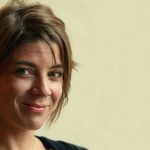