Facebook Twitter Link
Copied to clipboard
The fishing village of Ripon, near the town of Jinja, Uganda. Photo by Jjumba Martin

Lake Victoria, with its surface area of 68,800 km2, is the largest freshwater lake in Africa and the second largest in the world. It’s a transboundary lake shared by three countries (Tanzania – 51%, Uganda 43% and Kenya – 6%) with a catchment (Lake Victoria Basin – 194,000 square kilometers) spreading over five different countries (Rwanda, Burundi, Kenya, Tanzania and Uganda). Its watershed is home to approximately 45 million people with a population density of 300 persons per square kilometer, possibly the highest in Africa and still growing at 3.5% per year. Completion of the Uganda railway improved inland access promoting trade in agricultural products from plantations and fisheries and spurred increased settlement in the Lake Victoria Basin.

A region with key resources for the people who live there

On account of the vast water and arable land resources, most people within the Lake Victoria Basin (80% indigenous and settlers) practice small scale rained fed agriculture (mostly on food crops) and traditional nomadic livestock keeping (mostly grazing on communal land) as their main livelihoods. Hydropower generation, tourism (large tracts of wildlife reserves and well known from its freshwater biodiversity – up to 39 Key biodiversity Areas), mining (sand and gold), bee keeping and trade in fuel wood are some of the other major activities in this region. Fishing (supporting livelihoods of 3 million people), drinking water abstraction especially for the main cities of Kampala (250m3/day), Kisumu and Mwanza are also major notable ecosystem services that have led to urbanization and industrialization along the lake shores. This was particularly noticeable in the establishment of water treatment plants, fishing industries and several other industries relying on the lake for water in processing and production as well as waste disposal. Despite this resource wealth, the Lake Victoria Basin remains an area of poverty (77.7% to 34.6% in extreme poverty) with heavy dependance on natural resources.

An intense pressure on the ecosystems

High population densities exert a lot of pressure on the natural resources of the Lake Victoria Basin leading to land degradation. More than 60% of the Lake Victoria Basin suffers from degradation (e.g. loss of land cover, increasing soil erosion, declining soil fertility and agro-chemical pollution), which has the immediate impact of increasing sediment and nutrient loading of Lake Victoria through aerial deposition, river deposition and surface run-off. Additionally, water pollution from municipal waste (untreated waste and storm water) and industrial waste have also contributed to the eutrophication of the Lake, especially in the Bays and Gulfs. The main characteristic of this eutrophication are lake wide algal blooms and aquatic weeds, with blooms in closed bays having a higher proportion of algae with toxin production potential. This has an immediate impact on the ecosystem services from the lake for instance. Drinking water production costs have increased and navigation affected, threatening the access to safe drinking water and livelihoods, especially for lake side communities.

Wetland reclamation (e.g. up to 5.29km2 / ~50% of the Nakivubo wetland in Uganda) for urbanization, crop cultivation, papyrus harvesting, brick making and sand mining have the immediate downside of affecting important habitats. Wetland loss has led to biodiversity loss and a reduction in the biological function of a buffer zone between the catchment and the main lake, further exposing the lake to pollution from run off, municipal wastewater and industrial waste.

In the 1950s, authorities decided to introduce two new fish species: the Nile Perch and Nile tilapia. This action was meant to increase the fish stocks of Lake Victoria and improve the socio-economic status of riparian communities. It was successful and led to the rise of the most valuable freshwater fishery in Africa since the 1990s, with more than 300,000 tons in 1990, averaging 250,000 tons per year for the past  two decades.

But this introduction had an unfortunate consequence: perhaps the greatest biodiversity loss in the region. Up to 200 species of haplochromines endemic to Lake Victoria are thought to have been driven to extinction. The Lake is now dominated by a three species commercial fishery: Nile Perch, Nile Tilapia and Silver fish locally known as Mukene/Dagaa, which are also on a decline due to overfishing and environmental degradation. Overfishing with widespread illegal, unreported and unregulated fishing have led to a decline in fish stocks (e.g. by 33% for Nile Perch between 2015 and 2016). Massive fish kills have also been documented and are associated with proliferation of algal blooms and asphyxiation due to upwelling of oxygen poor waters. Decomposition of the high organic biomass washed into the Lake, especially in the Bays and Gulfs, is believed to contribute to episodes of oxygen deficiency.

The protective measures are yet insufficient

The Lake Victoria Environment Management Project (Phase I 1996-2005 and Phase II 2009-2017) has been the longest running intervention since the break-up of the East African Community in addressing the many challenges of the Lake and the Basin. It has increased the awareness of its environmental challenges and increased regional cooperation towards identifying priority interventions. The Lake Victoria Basin Commission (LVBC) was created in 2005 and charged with the task of coordinating regional interventions towards sustainable utilization of the Lake and its resources, has identified among other issues: major inadequacies in policy, laws and institutions, especially in addressing emerging issues like climate change.

As a transboundary resource, the region is yet to realize the basin wide regulatory measures, technical advancements and planning required to check the rate of deterioration of the Lake’s water quality. Rising temperatures, changing rainfall patterns, rise of new economic activities, like fish cage farming, and new forms of pollutants, like micro and nano plastics, are emerging threats to the progress made in managing the lake and its resources to date.

In the absence of well-coordinated regionally supported actions toward livelihood enhancement, as well as alternatives and efforts toward ecosystem restoration, Lake Victoria cannot sustainably continue to provide the ecosystem services that it has been known for since John Hanning Speke discovered this hidden treasure in 1858. 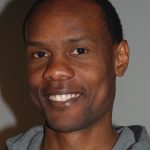 What can we learn about human beings by exploring the ocean floor? François Sarano, an oceanographer and writer, firmly believes that the encounter with wildlife and non-human living beings is an experience that transforms our binary vision which separates “humans” from “animals”.
Interview

Greater global collaboration urgently needed to safeguard the health of animals, humans and the environment from the next emerging pandemic.
Interview

2021 will be a key year for biodiversity governance, especially with the COP15 Biodiversity Conference in China. Aleksandar Rankovic, a researcher at IDDRI, reviews the progress of the ongoing negotiations and the issues that still need to be addressed post-2020.