Project Team Leader in the Urban Development Division at AFD

Economic growth in Southern and Eastern Mediterranean countries (SEMCs) may have been strong in the 2000s, but it has not created the employment required to absorb the massive number of young people entering the labor market. According to the World Bank (2013), the unemployment rate in SEMCs is higher than in other regions and massively affects young people and women: 19% of young people are unemployed in Morocco, 25% in Egypt and 42% in Tunisia. The lack of labor market opportunities has widely contributed to the social and political demands of SEMCs since early 2011. Two years on from the beginning of the Arab revolutions, there has been no improvement in the employment situation. How can the inability of growth to create employment be explained? How to promote job-creating growth? Which sectors need to be developed?

Growth does not create less employment than in other developing regions

One would think that these relatively high unemployment rates are simply due to the fact that growth creates less employment than elsewhere. Yet, while AFD’s recent study entitled “Growth and Employment in Southern and Eastern Mediterranean Countries: Do Labor Productivity Gains Play a Role in Job Creation?” does show that 1% of economic growth is associated with an increase in employment of only 0.6%, this figure is neither lower nor higher than in emerging Asia or in Latin America! In fact, the decisive factors for maintaining a low unemployment rate would appear to be the pace and stability of the GDP per capita growth rate (see table below). What can be done to support growth in SEMCs?

The analysis of labor productivity gains: A new response?

A great deal of research has already identified specific socioeconomic factors in SEMCs (see in particular Amin et al., 2012): they include the problems to finance the private sector, the weight of the system of privileges on business performance and the low impact of the education policy on growth. AFD’s study explores another explanatory factor that has until now seldom been studied in SEMCs: the role that labor productivity gains play in the link between growth and employment. How can these gains be boosted? These gains come from two sources: i/ either productivity increases in one or several sectors (the term used in this case is within-sector productivity gains), made possible by capital accumulation, improvements in production methods and technological progress; ii/ or the movement of workers from an unproductive sector towards a more productive sector (the term used in this case is across-sector productivity gains). This is so when workers leave the agricultural sector, where productivity is low, for the industry sector, where productivity is higher. Research has already been conducted to identify sectors that create economic growth and employment in the developing world (see in particular Ocampo et al., 2009; Mc Millan and Rodrik, 2011; Kucera and Roncolato, 2012). However, with the lack of available data for all SEMCs, these studies have mainly focused on emerging Asia and Latin America. AFD’s work has extended the scope of analysis to SEMCs, thanks to major research on data covering the 2000s.

The results show that the more workers move between sectors, the higher the productivity gains are. There are, however, two prerequisites for economic growth to create employment:

In emerging Asia, the structural changes have been particularly profitable as the movements of workers leaving the agricultural sector have been directed towards industry, where the within-sector gains have been higher than elsewhere (see graph below). This requires the diversification of activities to be combined with investments that improve productivity in developing sectors. Industry has first and foremost become the driving sector of the economy in emerging Asia, thanks to investments that aim to introduce a technological content in production (Rodrik, 2006). More recently, these countries have diversified their activities into services, where there has also been a marked increase in productivity gains over the past ten years. In some cases, services have even played the role of leading sector, such as in India, with the development of high-technology IT services (Kucera and Roncolato, 2012).

The productivity differential between sectors in SEMCs is more modest than in other regions: it is therefore more difficult to identify the sector that has a capacity to drive growth. As far as public policies or investment attractiveness are concerned, the fact that there is no leading sector weakened within-sector productivity gains during the 2000s. This was reflected in a specialization in low to medium-technology industry and in low value-added services (World Bank, 2007). On the one hand, technological development in the manufacturing sector has been hindered by many obstacles (weight of rent activities, export specialization in low value-added activities, etc.). On the other hand, the public sector widely dominates services, while the other services continue to be very basic. The informal sector has consequently been fuelled by the disintegration of these two sectors, as it has absorbed new labor market entrants without there being any real economic diversification (Nassif, 2009). On balance, within-sector productivity gains have been brought about by the movement of workers rather than preceding it: overall productivity gains would appear to be solely due to a reduction in labor needs, probably related to the streamlining of tasks.

While emerging Asia is characterized by the virtuous dynamic of the diversification of its activities, the lack of “targeting” by public decision-makers in SEMCs has not allowed the same technological path to be followed. In terms of research opportunities, a more detailed analysis of structural changes in SEMCs, using a country-specific approach and more accurate sectoral classification, would make it possible to identify the most promising branches on which to focus public policies to support economic growth and reduce unemployment. 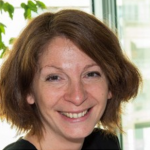 Project Team Leader in the Urban Development Division at AFD