This interview was published in the framework of our partnership with

While average annual growth stands at about 5% and fossil and renewable energy resources abound, Africa has an energy deficit that is detrimental to its population and economic development. How can this paradox be explained?

Several factors can be mentioned to account for this paradox between abundant resources and a considerable energy deficit.

Some of these factors, such as the instability of rainfall, are endogenous. Others are related to capacity. Indeed, power generation takes place on a small scale, using technologies that are often obsolete, and supply and consumption practices are generally inefficient.

Concessions are sometimes also the result of negotiations that are not always entered into and conducted under the most optimal conditions. This is due to the fact that the capacity of African countries to negotiate certain types of contract can sometimes be limited.

This paradox also basically results from an array of constraints that are central to development issues.

Indeed, developing energy infrastructure also requires significant investments. In many African countries, the fiscal space and borrowing capacity of countries is limited. Consequently, governments must often resort to private financing to finance these investments, while the business climate is not always conducive to this.

Another major constraint is the objective of countries of achieving energy independence. The issues of “technical” and “economic” needs mean that certain countries would be in a better economic position if they imported 50% of their energy needs. However, questions of sovereignty and national security drive each country to seek to reduce its dependence on its neighbors. These requirements can also explain the slowness in the development of subregional energy infrastructure.

However, it should be noted that while energy resources are abundant in Africa, with a possible surplus, they are nevertheless unevenly distributed and concentrated in a handful of countries. For natural gas, the continent holds 8% of total world resources and accounts for some 6% of total world production. But over 90% of production is located in four countries: Algeria, Nigeria, Egypt and Libya. The continent also has significant sources of coal: 6% of total world reserves, which are mainly located in Southern Africa. Finally, oil resources are also unevenly distributed in Africa: there are a small number of net energy exporting countries, while the majority are net oil importers.

What is the situation for international finance on the issue of electrification in Africa?

USD 288bn would be required to achieve universal access to electricity in Africa by 2030. The World Bank estimates that since the mid-1990s, external financing in the energy sector in Africa has only reached some USD 600m a year of public aid, with a similar amount for private finance. It also estimates that in order to double access to energy by 2030, continuous investments will be necessary at much higher levels than currently. Consequently, Africa must now go a step further, yet governments alone will not be able to meet the challenge.

What can be done to address this challenge?

I do not think that the issue concerning the energy sector is fundamentally different from that of other heavy long-term investments such as for mining. Investors require more assurances and guarantees. All stakeholders need to be more adventurous in this field: governments, banks, private investors.

A regulatory framework and proactive policies need to be established in order to encourage private producers to invest.

Countries must also turn more towards energy supply at subregional level with relay solutions at national level. On this issue, a key role can be played by the African Development Bank and World Bank with, in particular, the Multilateral Investment Guarantee Agency.

In terms of access in rural areas, the investment needs could be covered by smaller producers, which would spread out the considerable capital required. The issue of the need for consumer price subsidies also continues to be relevant.

In addition to encouraging private investment and adopting the required legislative and regulatory frameworks, governments need to aim to maintain the protection of the general interest.

How to invest in a context that is often made politically unstable by recurring conflicts?

This situation of fragility concerns several African subregions with abundant energy resources. In certain cases, the situation has unfortunately gone from being cyclical to structural.

The issue of social and political stability can have an impact on the tendencies of investors. Consequently, we must not turn away from the challenges of political instability and conflicts, but face them.

A conducive environment must be created in order to attract investments and companies in these contexts.

The private sector generally shows a great capacity to manage risk. However, innovative mechanisms do nevertheless need to be implemented to guarantee or diversify the financial risk of investors. For example, concessional funds to the private sector combined with certain conditions – if required – that would aim to ensure the interest of the project for the consumer. These conditions could include capping tariffs or an agreement on the profit margin. Can regional or subregional institutions like the African Development Bank develop these instruments?

Finally, in these environments, investments need more guidance. Could the African Development Bank and/or other development finance institutions take on the role of “leader” more in investor groups? 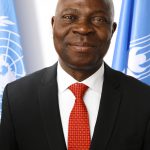