Founder of the NGO Kisal Observatory

National narratives in the Sahel highlight ethnic diversity as a strong point. However, this diversity is not used to its full potential. In fact, one of the major difficulties faced by African countries is their capacity to ensure self-governance for all components of society and to provide for equitable integration of peoples in their institutions and administrative machinery. In practice, minorities often remain on the margins of development.

Stregthen the State by integrating minorities

Due to the very nature of their activities, minority communities are poorly represented and remain on the margins of the State. Their very presence feeds the fantasy that granting them more power at the local level could lead to destabilization of the State. Yet, due to the shifting nature of their identity and their status as minorities, these communities do not make up a large enough demographic block to effectively counter any political entities. This is the case, for example, of Fulani herders. If the authorities were to adequately protect them and support equitable self-empowerment projects that facilitated a controlled crossing of borders, they could kill two birds with one stone: it would both reduce pressure on the areas where these herders move and strengthen their sense of belonging to States they perceive as looking out for them.

The issue of Fulani herder mobility illustrates the need for a new type of governance that promotes better integration of peoples within the States on which they depend. Such governance can act as a significant lever in trying to counteract revolts against States. But, to make it work, a minimum of security and State presence must be provided throughout State territory. Without the State, there is simply no possibility of carrying out development activities or of putting into action public policies that can benefit local populations. Before agreeing to grant more autonomy, States must first—by definition—be present everywhere, all the while protecting their peoples and ensuring equity and order in conformity with republican ideals. Encouraging initiatives such as that of “borderland entities” (see below) can contribute to sustainable development.

In Mali, a Fulani and Dogon need for security and arbitration

Recent cases in Mali show the need to promote different approaches to minority management. Before launching their military operations, members of the National Movement for the Liberation of Azawad (MNLA) spent several months contacting NGOs working for the protection of minorities, with the aim of asserting their right to self-management. Their argument was that the Malian State was failing.

Another example is the idea of a “Dogon Country” in central Mali since 2016. This term, formerly used without connotation to designate the regions where the Dogon peoples live, is being used more and more by radical fringes to claim a right to self-management and self-defense against armed groups designated as minority-focused or jihadist. This approach has had the effect of generating more violence in an already battered area.

Left to themselves by the State in central and northern Mali, Fulani pastoralists have come under the protection of armed minority-focused and jihadist groups who exploit their feeling of abandonment to stir up revolts against the State. A common thread running through all these various communities is the failure of effective integration that would have ensured that their voices are heard and that they could actively contribute to the security and development of their regions.

Some observers argue that such a development would lead straight down the dangerous path of independence. This specter is indeed one of the aspects pushing States to stifle capacity for local initiative. The demand for order and security based on local initiatives is a real danger, given the lack of a framework and control by States and the proliferation of weapons in these regions.

Each community wants to be protected by its own members, who are familiar their local realities, customs, and environment, and who also possess the emotional bonds that fuel their courage. However, a survey we conducted in 2020 suggests a more nuanced view of this issue: while respondents in Mali did report wanting the presence of internal security forces who come from their own region, many individuals from the west, center, and north of the country systematically asked for State presence, to play a regulatory and arbitration role.

In the Sahel, the promising solution of “borderland entities”

A supranational scale is not necessarily contrary to a decentralized approach, and it has great potential for liberating and developing human potential. The Sahel is a continuous territory, but there are barriers everywhere that act to impede freedom, which is already difficult to negotiate. To reach a compromise with modern States, we may need to consider, for example, the creation of cross-border cultural provinces. These would overlap with the current provinces of different States, allowing local cultures and peoples to flourish.

For example, the cross-border region of Wassoulou, which straddles Côte d’Ivoire, Guinea, and Mali, could be given executive bodies through decentralization, but it would at the same time promote a form of West African integration. The goal is not to encourage the perpetuation of minority-focused movements, but to pay attention to peoples who share a common language and are willing to engage in development thanks to economic resources and cultural wealth that they have in common.

The idea of a “borderland entity” can be of interest in this respect. It consists in considering certain areas as entities under the sovereignty of different States. This would make it easier for the people in a region with overlapping borders to work together, without having to worry about passports or customs red tape, thereby promoting African integration.

For a real integration in the Sahel

The same approach could be applied to a confederation project in the Sahel. This would involve providing peoples with frames of reference for defense mechanisms that are less threatening than those of the State governments guilty of past failures. It would also mean recognizing the challenges faced by each party, planning systems for case-by-case responses, and at the same time allowing minorities to choose the form by which they will be represented.

States are sometimes forced to negotiate autonomy with armed groups. This creates confusion about the value and importance of democratic and transparent processes. Not all citizens are listened to as they should be, because they do not all have the leverage to be able to negotiate credibly with a State. An example is the peace and reconciliation agreements in Mali signed in Algiers in 2015. In this case, armed groups were able to make the Malian State negotiate its presence and management of territories in places where the movements associated with those groups dominate. In contrast, citizens not affiliated with armed groups elsewhere in Mali have not had the same discussions about possible local self-government.

And so, even though governments may promote equality among citizens, denser populations close to the capital cities greatly influence the weight given to fringe groups in political decision-making. Rather than equality, it would be better to talk of seeking equitywithin States. This would help acknowledge the fact that not all citizens can be treated equally, as there is a de facto imbalance in development and representativeness. That is why some communities need more support than others.

For example, allocating the same budget to areas that are more or less close to urban areas is not effective in combating inequalities, because the more remote the areas are, the more expensive the development actions are there. More remote areas benefit less from investments proportionate to how they are populated and to their population. Similarly, remote areas with a low population density have fewer elected officials proportionally. Their great diversity is not represented as it should be.

Equality vs. equity, a major challenge in the Sahel

Solving theequality vs.equity problem will be one of the major challenges for the Sahel countries as they try to break down inequalities. What is important is to promote the development of all communities simultaneously, while respecting their diversity.

The notion of diversity brings us to issues of plurality and integration. This diversity must be reflected in practices and forms of governance that are worked out according to the identity and desires expressed within the human components of each territory.

It is by recognizing and supporting diversity that we can best achieve sustainable integration and a lasting sense of belonging, and likewise ensure security for minority peoples in the Sahel. Acknowledging their vulnerabilities is not contrary to national, regional, or pan-African integration. To do so would simply provide a conceptual tool for negotiating and thinking about integration within States. Without this, the Sahel countries will remain vulnerable to contention and to their governance and even their existence being called into question. 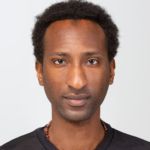 Founder of the NGO Kisal Observatory

India, Brazil, Hungary… Regimes that openly profess militant nationalism are among the hardest hit by the pandemic. However, outside these countries, Covid-19 has given rise to nationalistic variants in crisis management policies, with varying degrees of effectiveness
Opinion