This article is an excerpt from Issue 25 of Proparco’s Private Sector & Development Magazine. This issue looks at the opportunities and obs­tacles facing insurance in Africa and presents analyses prepared by a number of sector stakeholders (insurers, researchers, donors, etc.). Click here to read the issue

The intangible nature of insurance sometimes masks its role in development. Yet, it directly contributes to African economic development by driving growth, acting as a stabilizer for local economies and households facing random shocks, and as a vector for distribution and solidarity between people. To realize the full potential of insurance in Africa, insurers need to rethink their products and their distribution channels in line with the specific features of local markets.

Insurance is a peculiar concept. Because it consists in paying a defined sum today to cover a risk that may or may not materialize tomorrow, its benefits remain largely hidden and intangible. However, insurance has always existed in some form and today’s version is a product of tools developed by many traditional societies to create “confidence” among people, pri­vate organizations and public authorities. Indeed, in many languages the words insu­rance and confidence have the same roots or overlapping meanings.

In Africa, traditional “self-insurance” tools designed to collectively transfer and manage risks often take the form of community savings supervised by a “wise” person, or more com­plex hierarchical and social arrangements. Pooling risks and resources to help people through tough times is very common in Africa. Apart from tontines, other non-profit, membership-based schemes such as burial societies in South Africa or iddirs for Ethiopian smallholder farmers pool risks among people with no access to formal insurance services.

Nevertheless, moving from informal com­munity-based “insurance” systems to formal individual ones clearly has a positive impact on growth and development. For a long time, because of its perceived invisibility, the macroeconomic role of insurance was not a major topic of interest. However, in 1964, the UN Conference on Trade and Development declared that “a sound national insurance and reinsurance market is an essential characteristic of economic growth.” Our view is that formal and individual insu­rance schemes contribute three things to economic development: economic growth; stabilization; and distribution (figure).

Insurance as a growth driver

Low levels of economic development are typically associated with low insurance penetration, while informal and traditional self-insurance mechanisms are not easily quantifiable. Then, at levels of around USD 3,000-5,000 per capita, insurance penetration rises faster than GDP until the market matures and a “plateau” is reached.

Two main drivers explain this relationship. First, insurance makes it possible for individuals to take risk-related decisions that are greater than those each individual could bear on their own, e.g. creating a company, building a large infrastructure or a factory, developing a new technology, etc. In emerging economies there are low-frequency, high-cost risks that individuals cannot bear, i.e., sole bread-winners who are unable to work because of illness, severe floods or drought for farmers. Once such risks start to be covered by insurance, the associated peace of mind allows households to take “productivity-enhancing” decisions and invest for the longer term, e.g., begin to use fertilizers, send a child to school, buy preventive equipment against malaria, etc.

How to expand health insurance coverage in Sub-Saharan Africa?

The second driver works mostly on a macroe­conomic level through lower interest rates. The impact of insurance on the yield curve results in “lower interest rates and a longer maturity curve”. By insuring firms and households against property loss, damage, and loan repayment dif­ficulties, insurance effectively helps lower credit risk and interest rates. In addition, insurance companies generally invest the premiums they collect and match their insurance liabilities with assets of the same duration: health insurance premiums are generally invested in shorter-term assets but premiums collected for life insurance or retirement products can be invested over decades.

Insurance as a vector of distribution and solidarity

Second, insurance is a source of stability for the economy and households, smoothing the cumula­tive consumption patterns of individuals that have to deal with random shocks. This stabilization role is apparent when natural catastrophes hit lower income countries with a lack of funding and disaster preparedness. As these countries may have insufficient resources or borrowing capacity to recover from natural disasters, transferring risks to insurance companies and subsequently to financial markets can be particularly effective in avoiding major disruptions to economic growth. On a more individual basis, stabilization is also facilitated by making income more predictable.

Finally, insurance is a powerful vector for distri­bution and solidarity between people and genera­tions. It creates an invisible solidarity net between economic agents around shared preferences and priorities. Insurance lends economic tangibility to the concept of solidarity and structures it finan­cially through two fundamental principles: pooling or aggregating risks, and mutualising risks, i.e., pricing them based on their statistical occurrence for the insured pool and not for the individual.

As such, insurance ties “the misfortunes of the few to the fortunes of the many” which ope­rates a form of distribution. This distribution of income occurs ex post and is linked to an accident, something fundamentally different and complementary to public redistribution, based on a comparison of ex ante and desired ex post income levels. Risks are not equally shared among given individuals in society over time (Ewald, 1999) and this inequality has little to do with initial income levels (while admitte­dly risk management tools depend on income). Insurance restores a form of equality between policyholders. Once they have paid a premium, what matters is the risk they face and not their income, education or social status.

Insurance penetration remains very low across Africa. Excluding South Africa, total premiums are around 1% of GDP, far from the 5% and 9% levels observed in Asia and France, respectively. Insurers have been slow to tailor their products and services to the local realities of the African continent. They have built their African operations along the same lines as t hose in developed countries, i.e., long and complex contracts, distributed through costly networks of agents and brokers that only reach the urban elite.

The remaining 90% of the African population have little access to or awar­eness of insurance. Although they are the most vulnerable with poor access to education or healthcare, they can ill afford insurance. Conse­quently, insurance companies have long believed that these populations were simply uninsurable.

However, these populations have developed their own risk management mechanisms: couples have many children both to ensure they will be taken care of in their old age and to diversify family income. They hold precautionary savings, either in cash under the mattress or in the form of equipment that can be sold in time of need. But these mechanisms often fail: in India alone, 40 million people fall back into poverty every year because of health-related events.

Given the traditional insurance market’s failure to address these needs, new digitally-enabled players seek to reinvent protection for low-income emerging customers. Because they face three challenges, i.e., price, lack of trust due to complexity, and dif­ficulty of access, they have had to reinvent the insurance business model.

So what now? The future of insurance for the emerging customers of Africa and beyond probably lies in leveraging new distribution channels, especially digital-driven ones such as Kenya’s M-PESA mobile payment service, which are rapidly developing across Africa.

In 2016, more smartphones than feature phones are forecast to be sold in Africa, as was the case for India in December 2015. And with 3G internet access boosted by public and private investment, mobile-provided insurance will continue to thrive, especially in countries such as South Africa, Kenya and Rwanda.

Digital leapfrogging will also allow insurers to bundle insurance products with other value-added services such as financial education or health solu­tions. For example, AXA Egypt offers customers access to telephone consultations with doctors. Mobile health service start-ups are flourishing throughout Africa. Take Rwanda’s Foyo, a mobile app which provides users with health advice and information for the price of an SMS, or Mama­kiba in Kenya, which helps low-income pregnant women to save for maternal health needs. 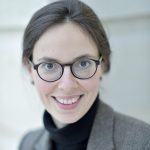 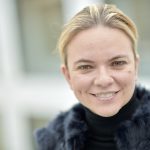