Is growth a panacea?

It provides oxygen! Without it, it is difficult to breathe… In France, we would have much more employment with only half a point of growth. A society without growth is a society that does not innovate and does not give employment opportunities to its citizens. To sustain a society, there is a need for opportunities, in every sense of the term.

Is growth related to demography?

We need to be careful not to enter into a Malthusian logic by thinking that there can be too much population. The USA continually receives people and has a very low unemployment rate. There is no correlation between demography and unemployment. Growth is not an end in itself, but it can be achieved differently, with green innovation for example. Innovation is the answer to many problems: when there is a growth in technologies, people decide to have fewer children in order to educate them and train them in their new environment. Innovation also makes it possible to find new energy sources and other ways of living.

How do you assess the innovation capacity of African countries?

We first need to make a distinction between English-speaking Africa and French-speaking Africa in the southern Sahara. In the World Economic Forum ranking of the ten most competitive African economies, there are few former French or Belgian colonies – with the exception of Maghreb countries. At the top of the list, there are English-speaking countries such as Mauritius, South Africa, Rwanda, followed by Morocco, Botswana, Algeria, Tunisia, Namibia, Kenya and Zambia. How can we account for these differences? There are clearly institutional differences between the two regions which create resistance and prevent growth in French-speaking Africa.

The “demographic dividend” today, with population growth, would make this continent the final frontier of global growth. In reality, nothing is mathematical. Development requires massive investments in human capital, with education and health. It also involves new technologies, with new ways of organization, new ways of life. Certain societies prevent the arrival of innovative projects, by functioning through private preserves. This explains the crucial importance of democracy: what I call “creative destruction”, i.e. replacing old patterns, old ways of thinking, is an engine for development.

Are emerging countries models for countries which dream of emergence?

Not necessarily. The objective is more to have inclusive growth.

The sources of growth are not the same for emerging countries and developed countries, but we know that the economic dynamism of a country is fostered by certain factors: education for all, health for all, innovation and green technologies.

It is essential to have a smart State with a long-term vision. Emergence has occurred nowhere without a public authority capable of targeting its priorities on the labor market and in terms of industrial policies. 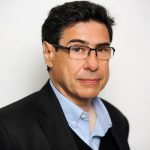 The Covid-19 crisis highlights the extent to which destruction of the environment contributes to inequalities in terms of healthcare and socioeconomic indicators. It also shows how these inequalities are a major obstacle to ecological reconstruction. Here is an illustration with the Lower Mekong...