The international community is now giving greater attention to the reduction of inequalities. A specific Sustainable Development Goal (SDG 10) is devoted to it. Furthermore, the International Monetary Fund (IMF) also recognizes that high inequalities are damaging to economic growth, whereas the “trickle-down” theory has often been put forward, whereby growth initially exacerbates inequalities, then subsequently benefits the poorest. The facts lead to two conclusions, drawn by the Beninese political scientist, Gilles Yabi, Director of the West African Think Tank (WATHI) in Dakar: fighting poverty does not mean fighting inequalities, and inequalities are not reduced by themselves.

West Africa is the third most unequal region in Africa, after Southern Africa and Central Africa. However, the scale and trends in inequalities vary across countries. Indeed, while their level was roughly the same in the 15 member States of the Economic Community of West African States (ECOWAS) at the turn of the 21st century, certain countries such as Benin, Côte d’Ivoire, Ghana, Nigeria and Togo experienced an increase in income disparities between 2000 and 2011, while others, such as Senegal, Mali and Niger saw a slight decline.

Inequalities are of a multifaceted nature via significant and visibly apparent income disparities in cities, but also in access to basic services, which remains a problem in rural areas.

In cities, real slums are to be found in poor neighborhoods, where living conditions are extremely difficult, such as in the peri-urban areas of Nouakchott or Abidjan. There is a stark contrast with affluent neighborhoods, where luxury villas display the external signs of wealth. Very different worlds consequently coexist in cities in the subregion, some of which are among the most expensive in Africa (Lagos,  Dakar or Conakry).

However, in West Africa, the greatest inequalities are first and foremost spatial: they exist between cities and rural areas. In urban areas, some of the money of rich people is used for goods and services which are offered by the less well-off (such as janitors, housekeepers, drivers, women stallholders on markets, etc.). In villages, however, the poor remain far from areas where money circulates. Daily lives are marked by material deprivation and the absence of basic public services.

In addition, for geographical and historical reasons related to the colonization and trade via ports, coastal cities are more developed than landlocked regions, hence the persistence of a divide, even within West African countries, between the North and South.

The North-South “divide” in West Africa

This divide poses problems everywhere between the far north and south of the subregion, but the most striking example is Nigeria, located in the Gulf of Guinea. Statistics show horrendous differences in this country between the Federal States in the North-East, for example, and those in the South-West, both in terms of incomes and education and health indicators. Consequently, average national per capita income does not mean anything.

The country has 15,700 millionaires, as well as a handful of billionaires, with over 60% living in Lagos. While it is true that Nigeria is perceived as a land of excesses in West Africa, its recent path, due to economic growth (prior to the collapse of oil prices), with an increase in inequalities, the trivialization of violence and the disconnection between extremely dynamic regions and dying peripheral areas, illustrates the realities of the entire region – which is not out of sync with the rest of Africa or the world in this respect.

For the record, in Sub-Saharan Africa, absurd levels of wealth exist alongside unacceptable poverty, as the continent had 16 billionaires in 2014 and over 330 million people living in extreme poverty (less than 1,25 dollar a day). Four of these billionaires, including the first of them, Aliko Dangote, are Nigerian.

Political repercussions of the North-South divide

Everything does not boil down to the North-South divide in West Africa. This is an important factor in Mali, but the Sikasso region, bordering Côte d’Ivoire in the south, remains the poorest in the country in terms of economic indicators. As a result, a number of Malians from the South challenge or relativize the legitimacy of the demands of populations in the North, pointing out that all the regions are poor.

Behind the North-South issue there is also a more general political problem relating to the concern that the elites – wherever they come from – may or may not have for the general interest. This question is just as relevant in Mali as it is in Niger or Nigeria, where the governors of the Federal States in the North of the country carry a heavy responsibility in the current political and security situation. The latter are extremely powerful and have resources at their disposal which they have monopolized for decades, without investing in local economies and essential social services.

Finally, we must not forget that the challenges are very different in countries such as Ghana, Benin, Côte d’Ivoire or Senegal, which have a coast and territories with more reasonable sizes than Mali and Niger, two huge countries largely made up of deserts. Their geographies are much more difficult to manage for their authorities.

The perception of inequalities and injustices by specific population groups has often been put forward when accounting for the political crises in West Africa. Yet the collapse of States and societies are still the main cause of conflict and crisis. The poorest regions and populations have paid a high price for the years of conflicts, whereas a handful of people, both the leaders of the rebellions and the political leaders and their family circles, have taken advantage of the economic rents from the situations caused by the collapse of States. Everything that undermines the legitimacy of political authorities and has a negative impact on the consolidation of public institutions contributes to deepening inequalities, which are consequently unlikely to be countered by a State intervention.

The issue of inclusive growth

The lack of involvement of public authorities contributes to exacerbating inequalities. The main international rhetorical declarations on the issue are, admittedly, set out in national policy programs, but without any real conviction on the part of government leaders, who lack vision and projects really inspired by a will to address the most important problems in their countries. It is rather a question of reciting mantras and exploiting the rhetoric in vogue, such as on the fight against poverty a few years ago.

In this respect, the need to have inclusive growth should not be presented as an amazing discovery. The first way to reduce inequalities is, of course, to ensure that wealth creation involves all segments of the population. If growth is based on sectors which do not have an intensive use of unskilled labor, as in certain extractive industries, it mainly benefits capital owners. Limiting this impact on inequalities will necessarily require redistribution mechanisms organized by the State.

Work is required on two fronts. Firstly, for African countries, it involves promoting balanced growth between the various sectors of activity and promoting, through incentive policies, industries which have the greatest potential for job creation, both in large cities and in regional centers near rural areas. Secondly, public action must also correct the spatial inequalities, which in fact correspond to inequalities at birth. Nationwide access to education and health for children from poor households is a powerful way of fighting inequalities and unleashing potential for economic production. This requires having public resources and, therefore, a tax system which works.

Yet here is the rub: tax pressure rates remain low, with a very low tax base at the start. The State levies taxes on the formal sector and a few large companies, which only account for a small part of a largely informal economy.

In addition, the system which fuels inequalities is both complex and vicious: the very high level of collusion between political power and private interests means that the most privileged will be able to take advantage of tax benefits. They also have the resources and influence required to take advantage of the most elaborate tax optimization systems, or even tax fraud. The capacity to levy taxes on the highest assets remains low.

The case of Nigeria, presented by an Oxfam report, clearly illustrates how factors related to the political system can determine the concentration of wealth through corruption and poor governance. To make up for this absence of the State, informal redistribution systems, such as urban or international migrant remittances, as well as family solidarity, are very widespread in West Africa. However, they are not sufficient to have a decisive impact on reducing inequalities.

Again, it all starts with public action and, consequently, the effectiveness of States in the fight against inequalities. West Africa needs serious public authorities, that are present and have high-quality human resources, at both central level and in decentralized administrations.

Social inequalities in Côte d’Ivoire: education is the key

The picture remains bleak, but headway is being made: before 2012, only two countries, Ghana and Côte d’Ivoire, had decided to establish a universal health insurance scheme. The experimental component of this project was launched in Côte d’Ivoire in February 2017. Since then, most countries in the subregion have been working on setting up universal health coverage. Ghana also provides another interesting example, with a regionalization policy which aims to develop the north of the country, the region which is home to the poorest populations, in order to achieve real progress in school enrolment, access to healthcare and support for local economic activities. This is proof that it is possible to fight inequalities, as long as leaders have the political will to do so. 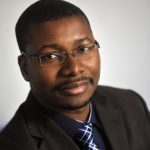