The 17 goals and 169 targets that make up the SDGs set out a highly ambitious agenda for 2030. In July 2016, during the High Level Political Forum (HLPF) organized by the United Nations every year, 22 countries, including France, volunteered to participate in the 1st exercise of the national review of the SDGs. How does France intend to implement the SDGs? What measures has it taken? How does it stand compared to its peers? We have compared France’s progress report with the reports of the other 21 volunteer countries in order to answer this question.

Implementation of the SDGs: measurement-based ownership?

With over 200 monitoring indicators, the SDGs pose a statistical challenge for governments: Which indicators can currently be informed and which are not yet informed? A few countries, including France, have set out to quantify the availability of indicators for their own country. This availability varies considerably: while France and Morocco state that they can inform about half the 230 indicators, the proportion falls to 14% for Estonia. Developing countries are not the ones with the least merit: Uganda can inform 35% of indicators, against 31% for South Korea or 26% for Montenegro.

An indicator does not single-handedly transform a societal project if it is not used in public debates. Alongside the administrative and statistical ownership of the SDGs, the mobilization of civil society (associations, companies, trade unions and academic spheres) is a crucial factor in implementation. France has launched reflection to this effect: the Ministry of the Environment is planning to set up a participatory Internet platform open to all actors, one of the aims of which would be to disseminate good practices and mobilize coalitions. National bodies representing civil society were also involved in the preparation of the progress report presented in July 2016. However, associations, companies, trade unions and academic spheres were not involved in its presentation. This is in contrast with Germany, which allotted part of its speaking time to non-governmental organizations and companies, thereby submitting before its peers to pressure from its own civil society. Furthermore, for the time being, France has not provided for the arrangements for long-term civil society involvement, unlike Sierra Leone for example, whose SDG steering committee includes representatives from associations and companies.

“The implementation of the SDGs requires a change of mentalities”

The SDGs are indivisible and universal. In practical terms, this means that a sectoral policy must include the impacts on other sectors (the impacts of agricultural policies on biodiversity for example), but also on other countries. To ensure that policies are consistent, it would seem essential for the implementation of the SDGs to be coordinated at the highest level of State representation and, for example, for its responsibility to be entrusted to a head of government rather than to a specific ministry.

On this point, France has made a rather ambiguous choice, as the Commissioner-General for Sustainable Development (CGDD) in charge of the implementation of the SDGs reports to the Ministry of the Environment, while being Interministerial Delegate for Sustainable Development, under the responsibility of the Prime Minister. In terms of the other countries, half have chosen to place responsibility for the SDGs at the level of the Prime Minister or President. Only four countries have opted for coordination at the level of a ministry, at the risk of partitioning the implementation of the 2030 Agenda: Switzerland, Montenegro, Morocco and Egypt. For the two latter countries, the SDGs are likely to remain confined to cooperation issues, as it is the Ministry of Foreign Affairs which is responsible for them. This issue of consistency between domestic policies and cooperation is also raised in the case of South Korea, which has chosen a two-pillar steering mechanism, separating domestic implementation (steered by the Sustainable Development Committee) and implementation at international level (steered by the Committee for International Development Cooperation).

Sustainable development: what strategy for the SDGs in Morocco?

2030 Agenda: Points on which we still need to make headway

The 2030 Agenda encourages States to “build on existing planning instruments, such as national development and sustainable development strategies”. As a result, all countries propose to integrate the SDGs into existing strategies rather than create a new one. France is an exception in this respect, as the progress report does not identify any integration option. In terms of the other countries, industrialized countries are considering using their national sustainable development strategies (NSDS), while developing countries mainly use their national development plans or growth strategies, although five of them are considering going through NSDS. The relevance of either option depends on their capacity to influence public policies and major investments. This capacity appears to be more promising in the case of general development strategies than in the case of NSDS, which have historically carried little weight.

Furthermore, the French Government has made little headway in the assessment of the progress made and the progress that still needs to be achieved. This assessment is commonly referred to as a “gap analysis” in the Newspeak of the SDGs. The aim of a gap analysis is to identify in what way the SDGs renew national ambitions (Do the SDGs go beyond the targets set at national level?), but also, and especially, to assess the country’s progress in terms of each target. France has admittedly conducted an inventory of sectoral policies for each SDG, but without identifying to what extent the SDGs renew its ambitions. On this point, it is like the majority of the other countries which have presented a progress report at the HLPF: most have initiated the process, but very few have produced real progress (Estonia, Norway, Finland, Sierra Leone). A recent IDDRI study does, however, provide some initial responses in terms of the new elements and challenges of the SDGs for France.

Finally, France’s progress report makes no mention of the way in which the Government intends to organize the sharing of responsibilities for implementation with the other public actors, particularly with the Parliament. As a legislative and oversight body for government action, Parliaments have a significant role to play in the implementation of the SDGs. A number of countries have set up mechanisms to involve parliamentarians, an involvement which varies depending on the countries: in certain cases (Togo, Sierra Leone, Egypt), they are consulted on an ad hoc basis when strategies are drawn up or voted. In other cases, they play an active role in reflection on the governance and monitoring of the implementation of the 2030 Agenda, as is the case, for example, in Finland. In Germany, Mexico and the Philippines, existing parliamentary committees are responsible for this monitoring. Finally, in certain countries, such as Norway, parliamentarians are involved in the implementation of the SDGs by preparing and debating the budget vote: each ministry responsible for an SDG is required to establish a monitoring report on the targets linked to the SDG in its budget exercise. These reports are subsequently compiled by the Ministry of Finance in the annual budget proposal submitted to the Parliament.

The fact that Parliament’s role is not mentioned in the French report is all the more striking because France was a pioneer in terms of integrating sustainable development indicators into the budget vote procedure with the “Eva Sas Act” n° 2015-411 of 13 April 2015. This Act requires the Government to submit a report concerning 10 wealth indicators at each annual budget exercise. What links should be established between the Sas Act and the SDGs? How to harmonize the indicators of the Sas Act and those of the SDGs? These questions will need to be part of the French Government’s reflection for the coming years.

France, by volunteering to participate in this first round of assessments since the adoption of the SDGs in September 2015, has shown its commitment to participate fully in the achievement of this new international agenda for sustainable development. The challenge now lies in pursuing these efforts and materializing the implementation at both national and international level. 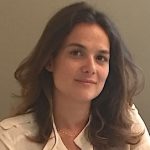