CEO of Gavi, the Vaccine Alliance

Immunisation: One of the most cost-effective health interventions in the world

Governments in poor countries sometimes consider that the money invested in immunisation programs could be “better” invested elsewhere. Yet, according to the latest available research, every dollar invested in child immunisation is an investment which results in an immediate return of USD 16  of averted medical costs.

If we quantify the economic and social impact more broadly, the amount increases to USD 44. This return on investment is higher than for public infrastructure, preschool education and the use of community health workers all put together, because a healthy child requires less care and treatment. Increasing childhood immunisation coverage consequently helps boost the national economy. It is therefore not only a financial choice: it is highly political, as the future of a country’s children and the future of a nation are at stake.

This is what Rwanda, Senegal and Tanzania have demonstrated, countries where the immunisation rates for basic vaccines are above 90%, as recommended by the World Health Organization’s Global Vaccine Action Plan. These countries have invested their financial and human resources in immunisation. They have made policy choices for the benefit of the health of populations.

It is true that the cost of fully immunising a child is higher today compared to the late 1990s. This is not surprising, as the total number of vaccines recommended for all children has more than doubled. In addition, “breakthrough” vaccines are much more sophisticated, particularly those that protect against the main causes of child mortality, pneumonia and diarrhea, and vaccines that protect against cancer – for cervical cancer –, which did not exist before. These vaccines are extremely complex and identical to the ones which the population of rich countries benefit from. While fully immunising a child costs over USD 930 in the USA, children in poor countries can receive the same vaccines for a price lower than USD 30. This is in particular due to the fact that Gavi purchases vaccines for the 73 poorest countries in the world, with support from its donors, and notably France. This has contributed to reducing the bill, sometimes by over 90%. A low cost for poor countries is a matter of equity.

A few weeks ago in Addis Ababa, Ethiopia, African Ministers of Health signed a declaration where they committed “to continued investment in immunisation programs and a healthy future for all people of the African continent.” This commitment is crucial, as immunisation is essential in reducing child mortality and helping countries achieve their objectives for health, the economy and development.

Future generations in poor countries must have access to the latest vaccines in a sustainable and equitable manner, whatever their origin, gender or place of residence, including in the low-income countries. Governments need to set up sustainable immunisation programs and, more generally, health programs, initially with support from partners (donors, international organizations and private sector) then these programs must subsequently be financed by national budgets.

This means strengthening health systems, training staff, upgrading the cold chain, purchasing vaccines and refrigerators, strengthening coordination with civil society organizations and reinforcing surveillance. Immunisation must become a clear budget line in the national budget and must be integrated into all health interventions accessible to all. Without this prerequisite, once countries have come out of their low-income status, immunisation programs are likely to be jeopardized.

Immunisation is an integral part of a universal set of interventions which are the cornerstone of an equitable health system. In Europe, forgotten diseases are reemerging, in developing countries they decimate communities, whereas we have the tools to avoid them. 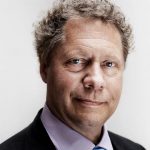 CEO of Gavi, the Vaccine Alliance