Facebook Twitter Link
Copied to clipboard
The ICRC must display neutrality and impartiality. But it must also constantly persuade local actors of the need for its presence. Here, in Mali in 2015. © icrc.org

A look at the past decade in Mali does not lead to optimism. Even at the worst of the 2012 crisis, the situation was not as appalling as it is today. At the time, the humanitarian needs in central Mali were relatively well covered. Neighboring countries such as Niger and Burkina Faso had not yet been affected. Niger was of course concerned about the Lake Chad crisis, and rightly so, but not about its western border.

But today confrontations between armed groups and conventional armed forces have spread throughout the region. Burkina Faso is perhaps the most striking example of this currently. Mali has still not found stability. Meanwhile, hotspots of violence are appearing in the north of Ghana, Togo, Benin and even Côte d’Ivoire. There are fears that the violence might even spill over towards the Gulf of Guinea coasts. On top of all that, the region must deal with more intense effects of climate change.

Climate change: one factor behind the worsening crisis in Mali

Today, the Sahel is one of the regions suffering the worst effects of climate change in the world. Its impacts are compounded by many others, such as aggravation of violence due to ancestral tensions between pastoralists and farmers, weak State organization, and population growth. Increased circulation of weapons combined with a rise in temperatures of one or two degrees are undeniably factors behind the worsening of the situation.

Over the past decade, the effects of climate change in Timbuktu, Gossi, and Gao have become tangible. We are witnessing irregularity in seasons and deficiencies in irrigation, this latter being crucial for the people of the Niger Bend. These phenomena are made worse when combined with other factors such as State weakness and armed conflict.

In the grip of jihadists and separatists, the ICRC alone on the ground

It was in 2011 that the Gaddafi regime fell. The ensuing escalation of tensions in the region, the circulation of weapons, and the return of Malian and Nigerien fighters to the Sahel from autumn of that year did not bode well. Back then, the ICRC did not have a delegation in Bamako. It had been managing its operations in northern Mali (then in the midst of conflict with the Tuareg separatists of Azawad) from its regional office in Niger. In 2013, following the intervention of French forces (Operation Serval), a permanent delegation was established in Bamako.

From then on, our priority was to build networks to raise awareness about the ICRC in Mali, and also to consolidate our operations in the north of the country, where the conflict was growing. The ICRC was practically the only humanitarian agency in these areas under the control of separatist and jihadist groups. 500,000 people there depended on our food aid.

It was from that time that the ICRC took charge of the hospital in Gao, which had been abandoned by the authorities, and ensured the supply of electricity to the city and of food to the population.

Acceptance of a humanitarian space by belligerents

To guarantee access and acceptance, it’s crucial to engage in dialog with all the parties, be they the Malian armed forces, the international forces, the French forces, or the armed fundamentalist groups. Strictly humanitarian issues are discussed. For example, with armed groups the dialog is on caring for the wounded, protecting civilians, and respecting the medical mission. Such dialog was not always easy, but it was crucial to the success of our actions.

The ICRC has no way of imposing its presence. Its only weapon is persuasion. We have to convince our contacts that being useful to the community is not a danger to the belligerents. It’s a constant challenge. The ICRC is, of course, a neutral, impartial, and independent organization. It was founded based on universally recognized international humanitarian law. However, on the ground, it can be perceived as a Western organization. Its headquarters is in Switzerland. Its funding comes from the richest powers… Not to mention that its emblem is at times likened to a Christian symbol.

In northern Mali, the ICRC does not use its emblem everywhere, because the groups controlling the region do not allow the cross to be shown there. And so we’ve taken to quickly adapting our vehicles according to where we travel, by using magnetic stickers we attach or remove from their doors. The ICRC systematically gives notice about its presence. For our vehicles, we provide information on the day, hour, and roads they travel, and whether or not they are marked.

In the end, the ICRC has been accepted relatively well in Mali, by both separatists and jihadists. Many of them already knew the ICRC, from having come across it on the ground in the 1990-2000 period. What was most difficult was to establish contacts with outside groups, especially from Libya.

Military or humanitarian? – the risk of confusion of roles

The wide range of operators on the ground—whether national or foreign, civilian or military, combatant or humanitarian—is the cause of some confusion. Most of these operators are convinced that they have the same objectives and are working in the same direction. But the ICRC remains faithful to its mandate under the Geneva Conventions: its sole purpose and sole agenda is humanitarian. It must thus be perceived as such, pursuing its goals autonomously and independently.

Such confusion about roles is real, but of course it’s not new. We need just to recall Afghanistan in the 2000s and the infamous Provincial Reconstruction Teams (PRTs). These were military units that carried out humanitarian aid for all to see. They even used white 4WD vehicles instead of their own camouflaged ones.

This idea of complementary actions is now very widespread and carries with it the risk of confusion. Take for example the “3D” approach—“defense, diplomacy, development”—advocated by France. It seems appealing from the point of view of streamlining operations. But then how is neutral and independent humanitarian aid perceived?

The ICRC must steer clear of this type of approach, in keeping with its role as a “warrior without weapons,” so dear to Dr. Marcel Junod, the legendary ICRC delegate of the 1930s and 1940s.

ICRC: a development experience in the midst of armed conflict

From 2016 onwards, and with innovative financing (the noteworthy Humanitarian Impact Bond), the ICRC started building three orthopedic and physical rehabilitation centers: one in Nigeria, one in the Democratic Republic of Congo, and one in Mali. The Mali facility was built in Mopti, in the center of the country; it will be operational in a few weeks.

Originally, this facility was designed so that amputees in Mopti would not have to travel to Gao or Bamako for treatment. But back in 2016 the conflict was not very intense. The feasibility study for the center had provided for only a limited number of patients at the time. The project therefore had to be adapted to the worsening conflict and to the risk of an abrupt increase in the number of disabled people.

The construction was made to be innovative, using traditional and local brick and Nubian vaulted ceilings to keep it cool. The ICRC took care of training the staff, orthoprosthetists, and physiotherapists, in Lomé, Togo.

The ICRC faced with the humanitarian-development nexus

This experience of constructing a medical center from A to Z and putting it into operation is not really part of the DNA of the ICRC, which remains a humanitarian aid organization. While working on the physical rehabilitation center, the ICRC has, over the past 15 months, been confronted with an increase in fighting in the region. Priority has thus been given to strengthening the surgical, anesthesia, and trauma services of the Mopti hospital. Today, there are more wounded in Sevaré and Mopti (in central Mali) than in the hospitals of Gao and Kidal (in northern Mali). That gives an idea of the current conflict situation in the region.

The experience we gained in developing the physical rehabilitation center in Mopti and in taking over the hospital in Gao in 2012 illustrates what can be achieved by putting into practice the nexus approach. And this much-discussed transition from humanitarian aid to development is now a concern of the entire humanitarian community.

The ICRC can be part of this process, provided that the project is not too large-scale, is not part of a “five-year plan,” and remains manageable at the local level. In this respect, we may ask whether the construction of the Mopti facility via innovative financing is a model to be replicated. But for that, everything will depend on how donors take an interest in two years, when the ICRC will withdraw operationally and financially. 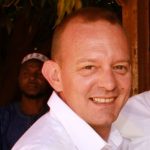