Changes in the biogeochemical properties of water (temperatures, oxygen concentrations, acidification…) and the worsening of extreme events have an impact on the life of marine organisms. These organisms have direct or indirect effects on the life cycles of species, on predator-prey relationships and on habitats. These modifications lead to changes in both species assemblages and in the productivity and resilience of ecosystems.

It is clearly established today that the disruptions reach a wide range of species, from plankton to large predators. Changes in the growth of species and in the distribution and abundance of new species can be seen in all the world’s oceans. For example, the calendar for a number of biological events (seasonality of plankton, reproduction, migration…) now starts earlier. Over the past half century, spring and summer events have consequently been moved earlier for a number of species, with an average advance of 4.4 days per decade. For all species, major changes in distribution of up to 1,000 kilometers can also be observed. These changes have led, for instance, to increases in the number of warm water species in the Bering Sea, the Barents Sea and the North Sea.

These changes in distribution that are due to temperature changes modify the potential for catches. Projections show that climate change can lead to an average increase in the abundance of species of up to 70% in the northern regions to a decrease of up to 40% in tropical regions. This will generate huge challenges in terms of food security, as well as significant costs (displacement of production centers, migration of fishermen…), for societies that depend on it, especially in developing countries.

Mitigate the effects of climate change on marine ecosystems

The most effective way to fight against the effects of climate change is to conserve biodiversity and avoid the overexploitation of species, which is known to exacerbate the impacts of climate change. Indeed, it is recognized that overfishing large fish (such as cod, groupers, hake…) leads to a proliferation of small pelagic fish (sardines, anchovies, herring…), which are more sensitive to fluctuations in the environment. Creating vast marine reserve areas more effectively protects marine resources, which also provide a major ecosystem service: carbon sequestration.

The Ecosystem Approach to Fisheries (EAF), which took off following the 2002 Johannesburg World Summit on Sustainable Development, reconciles exploitation and the conservation of species, as it aims to maintain the integrity and resilience of ecosystems. It consequently contributes to a crucial issue: to maintain productive and healthy marine ecosystems (as defined at European level by the 2008 Marine Strategy Framework Directive).

This approach also proposes a new manner of considering fisheries exploitation by studying it in a broader context. Developing an adaptation policy through fishing in order to minimize the impacts of climate change must become a priority. Achieving this requires a better anticipation of changes using multiple scenarios. It is also necessary to implement public policies to adapt to changes in marine ecosystems.

The impact of climate change will irreversibly transform the marine environment and its exploitation. Maintaining the wealth of ecosystems and their diversity appears to be the most appropriate solution to minimize climate impacts. 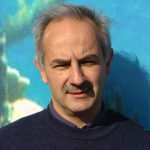