Senior researcher at the CNRS and the French School of Higher Studies in Social Sciences (EHESS).

Facebook Twitter Link
Copied to clipboard
The ice sheet that capped Mount Kilimanjaro in 2007 was 85 percent smaller than in 1912. (Photo © Roberto SCHMIDT / AFP)

In your book, you show that the idea of climate change being caused by human activity is not new and even dates back to the 15th century.

Western societies began to develop hopes of climate change at the time of the conquest and colonialization of America. When Christopher Columbus arrived in the islands of the Caribbean, he found a torrid climate which he believed was not conducive to colonialization. His message, in the form of a promise, was that the climate could be improved by cutting down trees. This message was also sent to his patrons. Both French and English colonists echoed this idea during the 18th century in New France (modern-day Canada) and New England (now in the United States). They had expected to find climates similar to those of European regions in the same latitudes. Yet the ones they found on the other side of the Atlantic were colder. They believed that this was because the trees had not been cut down. They thought that the climate of the New World had remained wild, as it was in the beginning. Yet by colonizing and clearing the land, they believed it could be improved and civilized.

What type of climate change did this refer to?

The climate change people feared at the time was not the current global warming caused by our CO2 emissions. Contemporaries of the time believed that it was possible to change the climate by changing the water cycle, planting trees or cutting down forests. This theory of human influence on the climate was considered on all levels, for the local level, countries, regions and even the world. Furthermore, this form of climate change was initially seen as positive–an opportunity to improve nature and make it more productive and better suited to human life. This explains why forests are central to our book. We could have called it Les Racines du ciel (The Roots of the Sky), but that title was already taken.

In the context of European imperialism, climate became an argument in support of sovereignty.

This message of the “anthropogenic transformation of climates” was indeed an argument supporting sovereignty and aimed at justifying colonization. The idea was that because indigenous peoples had failed to clear and thus improve the land, they could not truly be considered the owners of these territories. Europeans believed they had the legitimacy to conquer these lands in order to “improve” and refine them, civilize the climate, while also facilitating agrarian colonization.

This message was also used to rank people groups, not based on race or religion, but rather by climate power. The Europeans saw themselves as those who knew how to improve or protect their climate, as opposed to the “others”, who were unable to do so, or worse yet, were likely to damage it due to a lack of knowledge of forest and land management. My co-author, Jean-Baptiste Fressoz, and I refer to this type of message as “climate orientalism”. In the book, we show that this accusatory approach is a recurring theme in history, applied to Native American groups as well as French peasants after the French Revolution, and Arab communities in the Maghreb. In the French colonial empire in the Maghreb, local populations were accused of having damaged the climate by destroying the forests. One French colonist, whom we quoted, wrote, “The Arab is an enemy of trees.” This was the supposed cause of the arid climate in Algeria, which served to justify the French colonial venture, presented as a climate restoration effort through reforestation.

At the time of the French Revolution, you identify a shift from the optimism felt by colonizers to a fear of climate collapse. What does this mean?

During the French Revolution, the issue of climate change caused by humans was greatly politicized in France. This brought great debates that were to last several decades and shake the country in its views on the correct methods for managing forests and the environment in general. The revolutionaries first accused the monarchy of damaging the climate in France by poor forest management. During the Bourbon Restoration, this accusation was reversed: the Revolution was to blame. Furthermore, the ultra-royalists accused the moderate monarchists of jeopardizing the climate by selling State-owned forests in order to repay State debts. If the finger-pointing was so intense over the 1815-1825 period, it was because of the eruption of Tombora volcano in Indonesia in 1815, which caused unprecedented climate and agriculture catastrophes in Europe, even leading to fears of global cooling.

You discovered a survey on climate change from 1821. What was surprising about this survey?

We found this survey when searching the Météo France archives. Exactly two hundred years ago, in 1821, the French Ministry of the Interior organized a major survey on climate change. He asked his prefects if the climate in their department had changed over the past thirty years and if they could estimate whether this was caused by humans. What surprised us in the great volume of documents received in response, was that this question was not met with much surprise. At the start of the 19th century, the possibility of humans affecting the climate was a part of the mindset of the mayors, professors, forestry officers, and owners who responded to the survey. This archive was the starting point for a lengthy study that led to this book.

At the end of the 19th century, the specter of human effects on the climate gradually dissipated. What happened?

The threat of climate change caused by humans slipped out of the collective consciousness at the end of the 19th century. There are several explanations for this. First of all, the epic debates that shook the scientific community on this issue throughout the 19th century came to an impasse. No one was able to prove the existence or absence of a human effect on the climate. Climatology then developed into its modern form, putting this issue aside.

Then, the advent of the railway and steamboats coincided with a drastic decrease in climate vulnerability. The globalization of the grain market helped to separate climate fluctuations from food supply. The link that had existed up until then between a poor season, food shortages, and riots–even revolution–was broken. The climate issue lost its key political position in Europe. There is a certain sinister irony here: it was under the influence of the arrival of carbon-intensive technology that we ceased to be concerned with the effect of human activity on the climate. Fossil fuels desensitized us to the issue of climate change. We have been victims of a sort of carbon-based production of apathy. The situation was different in the colonial empires, where the threat of climate deterioration remained a concern until 1930-1940. In the end, this was only a brief interlude, since the modern scientific diagnosis of climate change caused by CO2 emerged during the Cold War (although some scholars had previously laid the groundwork).

Can history help us reflect on current climate issues?

Our study shows that the issue of climate change has long had fundamental social and political aspects. It pushes us to politicize our view, with the understanding that it can never be addressed through technical knowledge alone, or a need to “become aware” of the degradation underway. It is an issue that should make us rethink our ways of life, rules of world trade and forms of financial regulation. Our book also issues another message: describing what others are doing to nature, their climate or environment is a way of exercising a form of power. Such insights have their virtues. 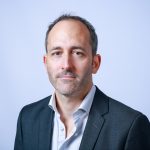 Senior researcher at the CNRS and the French School of Higher Studies in Social Sciences (EHESS).