Facebook Twitter Link
Copied to clipboard
A group of tourists observe a lion in a natural park in South Africa. Photo by Adrega / Pixabay

What is this “African Eden” myth invented by Westerners and linked to the notion of “green colonialism” that you talk about in your book?

The African Eden is the myth, created in the colonial period, of a wild and virgin-nature Africa. When European settlers went to try their chance in Africa in the 1860s and 1870s, they left behind a continent whose landscapes were being radically transformed by urbanization and industrialization. In Africa, they were convinced that they had rediscovered the nature that, back home, was in the process of being lost.

Then, from the end of the 19th century, the popular press took up this narrative and made it fashionable. These are the stories of Stanley and Livingstone, hunting expeditions by Roosevelt and Churchill, and literature such as Ernest Hemingway’s The Snows of Kilimanjaro and Karen Blixen’s Out of Africa. These cultural products describe an Africa untouched by human presence, where nature and animals rule. But this Africa doesn’t exist. It never did. Like Europe, Africa is inhabited and farmed. The concept of a virgin-nature Africa is as absurd as the one according to which the African has not fully entered into history. But this myth is so deeply ingrained in people’s minds that it persists to this day.

From a scientific point of view, this idea of a primeval Africa of virgin nature has never existed.

Another myth that won’t go away is that of primeval forests. At the end of the 19th century and the beginning of the 20th, botanists, especially from France, studied the forest cover of West Africa. They noted that most villages were surrounded by a forest belt and that there was savanna between the village and the forest. The “climax community” theory led them to believe that, prior to human settlement, Africa was covered with a huge, virgin and primeval tropical forest. They hypothesized that the savanna was the result of the destruction caused by the local populations. But these scientists read ecosystem history backwards! In most semi-arid environments, the presence of trees in fact came about through that of humans, thanks to gradual fertilization of the soil. Nonetheless, the myth of primeval forests is a stubborn one. Even today, belief in it sometimes prevails over fact. UN experts say, for example, that 90% of primeval forests have disappeared in Sierra Leone and Guinea, while in reality forest cover has been increasing there for two centuries.

But weren’t ecosystems, and especially certain species, ever threatened with extinction?

Of course, and that’s why it’s essential to carry out conservation policies. The colonial era is synonymous with particularly strong destruction of ecosystems. Colonization led to intensified hunting, especially for the ivory trade. About 65,000 elephants were killed each year in Africa at the end of the 19th century. The forest also suffered damage because of conversion to farmland. Between 1850 and 1920, 95 million hectares of forest in Africa and Asia were cleared, four times more than in the previous 150 years. But the European settlers didn’t realize that the ecological damage they were witnessing was actually their doing. They put the blame on the colonized people and decided to create hunting reserves. And the people living on those reserves were strictly controlled, if not expropriated. These same hunting reserves were converted into national parks in the 1930s.

What is behind your assertion that Africa’s nature parks are perpetuating a tradition of “green colonialism”?

During its seventh General Assembly in 1960, IUCN, with support from FAO and UNESCO, launched the “African Special Project.” A conference was then held in 1961 in Arusha, Tanzania, with heads of state of around 20 newly independent countries. Its organizers explained that it was necessary to continue the work achieved in the parks, especially faced with the “Africanization of nature programs.” It was at that conference that the World Wide Fund for Nature (known in some regions as the World Wildlife Fund), or WWF, was created. This organization went on to finance the sending of Western conservation experts all over Africa. However, these experts were mostly reconverted colonial administrators who, throughout the continent, perpetuated the notion that nature had to be emptied of its inhabitants in order to be protected.

That’s why I speak of “the invention of green colonialism.” It’s not a question of neo-colonialism, but of post-colonialism, because heads of state have found it to be to their advantage. They have been programmed to believe in the international system of heritage conservation and have utilized international standards to promote their own interests. It’s this alliance between Western experts and African leaders that is responsible for perpetuating this colonial tradition.

What are the consequences of this “naturalization” process for the local populations in Africa?

The process of “naturalizing” Africa’s parks involves “dehumanizing” them, often by force. Today, we no longer speak of evictions, but of “voluntary departures.” But when these population displacements take place in an authoritarian State, like Ethiopia, these departures become not voluntary but forced. International organizations are aware of this but prefer to look the other way. When people living in those parks are not evicted, they are criminalized. Millions of farmers and shepherds are fined for cultivating the land or for grazing their herds in the mountains, or they face prison sentences for poaching small game. Sometimes the local people are subject to violence by eco-guards equipped with weapons and high-tech equipment financed by international institutions or NGOs. For the past thirty years, we’ve been witnessing a militarization of parks in Africa, encouraged by the international community. Sometimes there have been tragic consequences.

The background to the conception of nature parks in Europe is different. Why?

The nature parks there were not created in the same way as in Africa. If local populations were quickly integrated into European parks, it’s because the nation-states there were built with the notion of heritage in which the peasantry generally played an integral part. In France, for example, the parks created in the 1960s are a means of preserving “traditional” peasant farming. This process has not always been exempt of violence: the creation of parks also helped in the forced republicanization of mountain villages. But the difference is that, in Africa, not only was park-related violence much more intense, but it has never come to an end.

A comparison between two parks is enlightening. In 2011, UNESCO classified the Cévennes region in France as a World Heritage Site, citing the cultural landscape of agropastoralism that has existed there for 3,000 years and that shapes the landscape. In contrast, in 2016, the people living in the Simien Park in Ethiopia were evicted because UNESCO felt that agropastoralism was threatening the natural value of the land. In other words, while Europeans shape their environment, Africans are thought to degrade it… 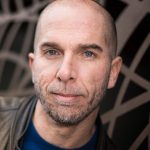 In his most recent book (La Pensée blanche, ed. Philippe Rey, 2020), the former soccer player and 1998 world champion with the French team analyzes the persistence of a mentality based on a hierarchy of individuals, their identities, and communities.
Opinion