The World Bank’s World Development Report, which saw its international launch in Paris on January 30th 2017 in partnership with Agence Française de Développement, intends to put the link between governance and development at the heart of international debates. For Yongmei Zhou, co-director of the report, it is essential to help countries strengthen the institutions to achieve credible commitment, cooperation and coordination in order to lay the foundations for strong economic growth and promote the emergence of more equitable and more peaceful societies.

With this focus on the link between governance and development, is the World Bank currently rediscovering political science?

It is true that this report opens up a new field for reflection and action for our institution. The relations between governance and development and governance and growth are key issues, there is nothing new about this. However, it is not always easy to address the topics of power and politics for an institution like ours, which rules out any political interference in the domestic policies of our partner countries.

We did, nevertheless, feel that it was essential to work on this topic. We conducted research and extensive consultations for a year around the world. The findings are clear for us: governance needs to be put back at the center of the international debate on development and also at the center of the World Bank itself. We need to take better account of local political contexts and be smarter in the action we take. If we do not gain a better understanding of these political processes, we will not be effective in the technical aspect of our work.

Why consider these factors now?

The World Bank has come a long way since the years of structural adjustment. At the time, it had a prescriptive discourse, which was criticized by its partners. It has now moved on to a more bottom-up approach and asks the governments of the countries it works with which reforms they want to make and how it can support them.


What finding was the starting point for your reflection?

Our finding is that public authorities very often do not manage to adopt policies that promote growth or reduce poverty. And in even more cases, when these policies are finally adopted, they do not deliver on the expected outcomes. Why? Mainly because the key stakeholders are not around the table during the policy development and implementation process.

Indeed, the identity of the stakeholders invited to the negotiating table, and of those who are not, can determine whether the solutions adopted will be successful. This stakeholder interaction process underlies each aspect of a country’s development and the functioning of its institutions. Inequalities in the ability of stakeholders to influence choices over public policies, and ensure that policymakers are more responsive to their needs, can trigger a vicious circle in which effective policies are not adopted or are not successfully applied.

You avoid sensitive terms… Does it boil down to talking about respect for democracy here?

Election alone is not sufficient. In democracies, exclusion, capture and clientelism also impede development. How can truly effective policies be implemented? That is the main question. We feel that it is more appropriate to focus on the cross-cutting functions of “commitment,” “coordination” and “cooperation”, rather than having a prescriptive discourse on democracy.

Rather than giving out good or bad marks, we prefer to say that there are contexts which are more conducive to development, with administrations that work, citizens trust public institutions and taxpayers who pay taxes.

There is no country ranking in our report, because there is no “clear” or “model” path. Several complex variables need to be taken into account. Some countries are strong when it comes to an independent judiciary, such as India; whereas others have strong administrations, such as China. Some States are democratic – with a regular electoral process, for example –, but remain weak in terms of institutions and the implementation of public policies.

Consequently, the success of reforms does not only depend on the application of “best practices”. It also involves the adoption and adaptation of institutional frameworks which, by more effectively tapping into local dynamics, make it possible to resolve specific problems blocking development that benefits each citizen. We believe that a real change is possible, thanks to the involvement of citizens, policymakers and the international community.

What actions is the World Bank going to undertake? Put pressure on its partners or start by training its officials in these issues?

The World Bank has 700 employees working on governance. In our own deliberations, we have indeed mentioned the need for all our departments to familiarize themselves with these issues.

If we understand that the failure of certain projects cannot be attributed to problems of capacity, but to power relations, how can we act differently in a concrete way? We need to reflect upon our action in the face of situations of exclusion, clientelism, and the appropriation of policies by elites in order to maintain monopoly situations. We also need to learn from positive examples, by understanding the decision-making processes which brought about results. For example, a World Bank report published in 2013 identified seven African cities which are highly effective in supplying drinking water to their inhabitants. 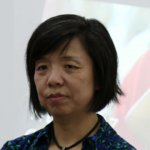