What impacts will global warming of 1.5°C have on the African continent?

Over the past fifty years, we have already observed warming of approximately 0.5°C throughout the entire continent, accompanied by a change in the characteristics of extreme climatic events. Compared to the pre-industrial period, anthropogenic global warming has reached 1.1°C, or between 0.8°C and 1.2°C locally and is continuing at a
rate of 0.2°C per decade. If nothing is done, this will reach 1.5°C between 2030 and 2052.

However, this climate change is not uniform, even across the African continent. In Western Sahel, and especially in Senegal, periods of drought are expected to be increasingly long. In Central Sahel, most models predict an increase in heavy rainfall with increased flood risks in urban areas. On the southern coast of West Africa, heavy rains could cause landslides that would affect populations living in makeshift dwellings. In Southern Africa, droughts will become increasingly frequent with longer and more intense heatwaves. In Northern Africa, most models agree on a significant decrease in rainfall. However, these impacts will be reduced if the temperature increase is limited to 1.5°C rather than reaching 2°C.

What are the priority projects for global warming mitigation and adaptation?

Most of the proposed solutions, which are related to water, sustainable agriculture and renewable energy sources, do not incorporate biodiversity, ecosystems and their services. The widespread degradation of terrestrial ecosystems reduces their carbon capture potential and makes them a major source of greenhouse gas emissions.

On this point, Africa holds a strong hand. Locally, certain initiatives are moving in the right direction with actions to protect natural forests, restore wetlands and promote sustainable agricultural practices, but the challenges remain enormous. On the continental scale, the challenge is to increase access to energy while limiting the use of fossil fuels and to improve agricultural yields to ensure food security for a growing population without negatively impacting the soils and biodiversity.

What obstacles to the implementation of these global warming adaptation and mitigation solutions are encountered in Africa?

There is a problem with the availability of financial resources and access to green funds. Projects are very complicated to set up: States need to be supported so that they can mobilize more funding. Secondly, project monitoring, evaluation, reporting and verification systems are difficult to develop and operate. In the long term, this hinders the mobilization of additional resources.

To solve this problem, the regulatory legislative framework must be better adapted to the local context of each country. The value of carbon dioxide must also be increased, especially when it is captured by a vulnerable community or country, and funding for projects to reduce greenhouse gas emissions must therefore be increased accordingly.

Finally, there is a significant need for expertise that is relevant to local contexts. The sustainability of many of the projects being funded for the introduction of renewable energy is not guaranteed. For example, the African Development Bank’s major “Desert to Power” initiative, which aims to reinforce electrification throughout the Sahelian belt, will mobilize a huge amount of funding without necessarily taking into account all the parameters of its implementation. There is a lot of desert dust in this region and a considerable amount of water will be needed for washing the solar panels, yet water is, or will be, in short supply. In some villages, people end up returning to diesel because it guarantees constant access to power. Importing technologies is therefore not sufficient, but reflecting on the sustainability of the proposed solutions in an African context is essential—for the State that is getting into debt, for the populations that will use these solutions and for the donors that finance them!

Do you have any examples of virtuous initiatives in global warming mitigation and adaptation?

Unlike adaptation actions, which have short- and medium-term effects, the impacts of mitigation actions are only visible in the long term. They attract little attention. One solution is to target actions that are both beneficial for mitigation and adaptation, and especially economically viable actions.

For example, the second-hand cars and motorcycles that flood into the African market cause a significant amount of pollution. This has an impact on the regional climate but also on the health of the populations and has an enormous cost. Financing an air quality management policy will help reduce greenhouse gas emissions and improve people’s well-being while reducing the State’s public health spending.

Similarly, to reduce charcoal use and deforestation, it is important to maintain butane gas subsidy policies and ensure that they benefit rural households. At the same time, income-generating activities other than logging need to be identified.

The IPCC report shows that there are many synergies, but also points out sources of tension between achieving the SDGs and keeping global warming below 1.5°C. What
is your opinion on this issue?

Climate change could compromise the development of African countries with low adaptive capacities. SDG 13 on combating climate change expresses this intrinsic link but lacks constraints. It does not set a temperature threshold, years for peak emission levels or a quantified mitigation target. On the operational level, there is a risk of numerous declarations being made without any real ambition to stay below the 2°C threshold.

Attaining SDG 6 on clean and accessible water for all may be jeopardized by increased investment in sectors that extract water for other uses, such as irrigation (by the growing number of agribusinesses), mining and hydropower. These are development choices that sometimes run counter to Agenda 2030, creating pronounced inequalities.

Under what conditions can the African continent become a laboratory for change in response to global warming?

We must invest in environmental education from an early age. This is not expensive and will allow the younger generation in Africa to feel involved in preserving the environment for future generations.

However, Africa possesses solid expertise. It is time for a paradigm shift in order to propose solutions for Africa, developed by Africans. First of all, this requires the development of closer links between the group of African negotiators and the African scientific community which contributes to international reports on climate, biodiversity, soil degradation and desertification. Everyone should work together in synergy to take better account of new research results, raise the profile of African concerns and evaluate contextualized solutions. 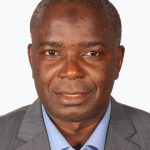