Researcher in urban planning at CIDES-UMSA in La Paz, Bolivia

Eva Condori was born twenty-nine years ago in the southern Yungas, a subtropical ecoregion in the department of La Paz, Bolivia, characterized by a humid, hot climate and abundant rainfall. The house where Eva grew up had a standpipe with water from a well that supplied the whole community. When the water did not arrive, Eva was responsible for fetching it from the well herself.

Like many other young Bolivians, at the age of 19 she had to migrate to the nearby town of El Alto to study and work. El Alto is one of the country’s main cities, with a high level of commercial activity, a wide range of services and a location at the crossroads of road links. Located near the capital La Paz, it is the largest metropolitan area in the country.

Eva’s situation is a very common one. The lack of opportunities and, in particular, of access to education often pushes families from disadvantaged rural areas to send their sons and daughters to the city while they are still teenagers, or sometimes even children. When they arrive in El Alto, the cost of land forces them to settle in peri-urban areas without water services.

At home, the oldest son and the father of the family have priority for water

In El Alto, Eva and her family initially rented a house until the mother learned that a plot of land was being developed in the Señor de Mayo I neighborhood, in district 8 of the city of El Alto.  Although the land was far from the center and was without water and electricity, the family decided to buy a plot and pay for it in instalments. Since the construction of the house required a lot of water, the family needed to harvest rainwater to supplement the purchases made from the water tanker truck, thereby reducing costs.

When they finally settled in, there were still few houses, and none of them had a mains water supply or electricity.  For five years, the household’s water supply was provided by a water tanker truck, a very expensive solution that required a considerable investment of Eva’s time every day. She had to organize her double working days around numerous activities: on the one hand, carrying out her sewing tasks and, on the other, looking after her children, washing, cooking, and managing the water supply and distribution.

In such situations, where households pay a high price for water, some uses are prioritized, while others are carried out with recycled or reused water. Considering that washing was very important for going to school and work, the eldest son and husband had priority, with the daughters and mother using the water after the rest of the family.

Eva, water manager for the family

Ultimately, the responsibility for water management – be it the supply, transportation, collection, rational use or reuse – lies with Eva. This is a task that she knows only too well: Eva carried out all these activities when she was a child and teenager.

Eva does her sewing at different times of the day: early in the morning from 6 am to 11 am, before taking a break to cook, feed her sons and daughter and send the eldest to school in the afternoon. She resumes her sewing, she explains “until 6 pm without stopping”. Next, she adds, “I prepare their meal until 8 pm and then I start up again to get a bit more sewing work done”. Eva has three children, two boys aged nine and eighteen months, and a four-year-old girl. With such young children, the water requirements are high: they need to be bathed and hydrated frequently and their clothes washed daily.

If Eva’s brothers and sisters visit, she worries because this means more water than normal will be required. There are many occasions when she has to buy more but has run out of money. Sometimes she has to ask the water delivery man for credit: “Because he knows me, he lets me do it”, she says. Eva tells us about their exchanges: “Please, I don’t have any money, I’ll finish a piece of sewing soon and I’ll pay you.” The delivery man accepts: “He’s used to supplying me in this way”.

Water from the tanker, a health concern

Fetching water from the tanker is time-consuming, costs money and can also pose health risks for the children. To avoid any health problems, Eva constantly washes the water cans and the tank in which she stores the water from the water tanker: “Once my eldest child got sick, he had an infection, so that’s why I wash everything”, she says. Eva thinks that the water carried by the water tanker is of dubious origin: it looks cloudy, has an unpleasant smell and sometimes contains particles of waste. When she collects the water, she places a strainer on the can to filter out the waste. Eva also uses the same technique when she harvests the rainwater dripping from the roof.

Eva and most of the women in the neighborhood have to keep a constant watch for the tanker’s movements, as it has no fixed schedule. During periods of drought, the driver may simply decide not to stop in the neighborhood: “Sometimes when it doesn’t come by at all we have to call it”, says Eva. “We’ll be waiting for him down there, he tells us from a distance ‘I’ll come by, I’ll come by’, and then he just drives off at high speed”.

New stage: nine months before installing the individual residential water connections, EPSAS, the local operator, sets up a collective standpipe in the neighborhood. Residents, including Eva and her family, were able to get water from the network, but with a very poor service. The problem was therefore only partially solved. What’s more, the hydrant only worked between 11 pm and 5 am, when there was sufficient pressure, so all the neighbors had to get organized.

Mains water, an unfinished revolution in the home

Today, five years after moving to the neighborhood, Eva is happy to finally have access to the mains water supply at home. Her children can drink and wash at any time, and are free to play and not worry about dirtying their clothes. As for Eva, even though her time is no longer organized around collecting and managing the water, she is still unable to free up more time. This is because, paradoxically, the improved access to water has resulted in increased domestic activities: she now washes, cooks and cleans more frequently.

Eva also intends to spend more time on her sewing but doesn’t talk about the possibility of resuming her studies although this was the main reason why she moved to El Alto in the first place.

Ultimately, the problem of access to water services in Bolivia, coupled with the perpetuation of domestic roles, shows that, regardless of the context in which they live – whether in the rural community or in the (peri-urban) city –, women remain responsible for supplying water to the family. And when they finally have access to the mains water supply in their homes, far from disappearing, this role intensifies. Their aspirations continue to be postponed and are put on hold for the time it takes to get settled before finally being diluted over time.

Gender inequalities that persist from generation to generation

This inequality situation between women and men is repeated from generation to generation. In his book (published in 1998), the American sociologist Charles Tilly describes durable inequalities as those that persist over whole careers, lifetimes and organizational histories [and which] reveal themselves or act in distinctly bounded pairs, such as male/female, aristocrat/plebeian, citizen/foreigner. This notion of persistence developed by Tilly is illustrated here by the example of Eva. It enables us to better understand what is at stake for women having access to water services, resonating strongly with the an intersectionality approach (Hill Collins, 2020).

So ultimately, water does act as an indicator of durable inequality over the lifetime of women. This is what the observation of the daily routines of water collection and use in the case of Eva in Bolivia has revealed.

* This text is taken from the account of the experience of one of the women met during the “Inequalities in urban water services in La Paz and El Alto, Bolivia” research project field surveys conducted by CIDES-UMSA, coordinated by AFD and funded by the EU inequalities research facility. 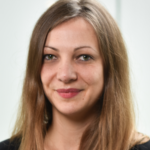 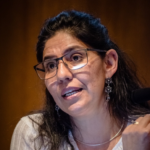 Researcher in urban planning at CIDES-UMSA in La Paz, Bolivia 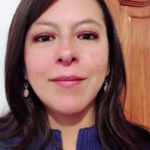 While women used to do business out of necessity on the African continent, more and more women entrepreneurs today are starting businesses out of desire and determination, combining modernity with respect for tradition.
Opinion