Over the last 18 months or so there has been a major surge in the spread of public understanding on the subject of climate change, particularly in respect of human actions being a cause for changes in the earth’s climate system. However, this increase in awareness has not yet translated into action at the global level to bring about a reduction in the emissions of greenhouse gases (GHGs), the increased concentration of which has now increasingly affected the earth’s climate. The impacts of climate change are particularly harmful for some of the poorest societies on earth.

For this and other reasons the human race must develop sensitivity to the growing disparities of income and wealth across the globe, particularly since information flows are now instantaneous and universal. As a result, those who are deprived and underprivileged not only get to find out about opulence in other parts of the world, but actually see images on television of what they perceive as luxurious lifestyles among the rich in other countries. These images fuel high aspirations and desires for similar levels of consumption, leading to large-scale frustration and even anger. Those who have negative designs often use this anger to create movements that are directed towards destruction, including terrorism.

Climate change, as the Fourth Assessment Report (AR4) of the Intergovernmental Panel on Climate Change (IPCC) clearly brings out exacerbates the already serious problems of lack of water and the existence of widespread hunger and poor health conditions that exist in many parts of the world. The AR4 has projected that by as early as 2020 between 75 to 250 million people in Africa would suffer from water stress as a consequence of climate change. In some countries of Africa agricultural yields are likely to decline by 50 percent by the same year. It must be noted that these conditions would be reached as an intensification of extreme hardships that several countries are facing already as a result of the sharp increase in global food prices and the growing imbalance between global food production and demand.

If we wish to avoid some of these harmful impacts of climate change and the major disruptions in stability and peace that may occur as a result, we would need to urgently reduce the emissions of GHGs particularly in the developed countries, as clearly laid down in the UN Framework Convention on Climate Change (UNFCCC). A strong rationale for mitigation measures also lies in the fact that these would carry a range of co-benefits such as lower levels of air pollution, which would lead to improved health, a larger measure of energy security as well as the creation of employment through, for instance, greater use of decentralized renewable energy systems in several parts of the world. The inertia and opposition to these measures has to be overcome urgently, and this is where public awareness on the reality of climate change and its expression through a demand for action in democratic systems of government can make a strong difference. 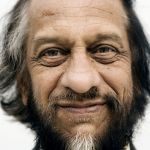